Aid for Trade- Continued Success in a Rapidly Evolving Environment 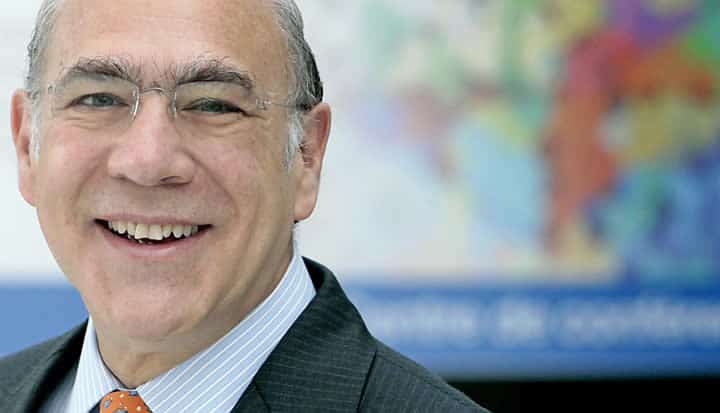 Aid for Trade- Continued Success in a Rapidly Evolving Environment


“Aid for Trade” has galvanised broad engagement from the international community to support developing countries to make the most of international trade.

Successive Global Reviews have provided clear evidence that the Initiative has lead to an integration of trade policies in national development strategies, to an inclusion of trade considerations in planning frameworks and consultations with national stakeholders and dialogues with donors. The Initiative is also associated with an increase in commitments ($45 billion in 2010) to tackle bottlenecks that undermine the ability of local producers to access regional and global markets.

So, Aid for Trade has contributed to better lives for many people in developing countries. It is particularly encouraging that about a third of the funds went to least developed countries (LDCs) and that the funds provided have been over and above aid flows to other important sectors, such as education and health.

“Aid for Trade” provides us with a number of encouraging success stories. In Zimbabwe, for example, support and commitment at the highest political levels was mobilised for the implementation of the Chirundu One Stop Border. The Cameroon Customs Reform project provides another successful example of stakeholder involvement as it involved local customs inspectors in the design of performance contracts that would be used to evaluate their performance. An aid for trade project in Senegal has helped to support the competitiveness and the sustainability of the agricultural sector, contributing to increasing exports of certain agricultural products by almost 80% between 2005 and 2009 and creating 85 new businesses. In Vietnam an aid for trade programme helped increase the level of exports to the United States from USD 1.1 billion in 2001 to USD 8.6 billion in 2006, and the level of imports from the United States from USD 460 million to USD 1.1 billion.

On top of such best practice examples, an important growth and employment narrative has emerged around Aid for Trade. The impacts of such programmes range from increased export volumes to higher employment, notably of women, faster customs clearance and border transit times, and poverty reduction. Many of these achievements are being made by the LDCs. Enhanced transparency and strengthened accountability provided through OECD and WTO monitoring have helped in making that progress possible.

The Aid for Trade Initiative has been gaining momentum over the past years and its global monitoring mechanisms are improving considerably. But it operates in a rapidly evolving environment. Since the launch of the Initiative in 2005, there have been fundamental changes in trade patterns, including increased south-south cooperation or the emergence of global value chains.

The Global Partnership for Effective Development Co-operation, launched in 2012 as a follow-up to the 2011 Busan Forum on Aid Effectiveness, provides a new framework for strengthening efforts to help developing countries in leveraging and improving the results of diverse forms of development finance and ensuring that all these have a catalytic effect on trade and development.

Certain contextual factors, such as an efficient infrastructure connecting local producers to markets and a good regulatory environment, are key for countries to reap the full benefits of a liberalised trade regime. Aid for Trade can be a catalyst for such an environment and in helping to attract domestic and foreign investment in developing countries, so as to stimulate economic growth and advance poverty alleviation.

Cape Verde for example has successfully managed its economic transformation and become a globally competitive economy. It has made significant progress on the Millennium Development Goals (MDGs) and in 2007 managed to graduate out of the LDC status (only two other countries have managed that transition, Maldives in 2011 and Botswana 1994). Aid for trade policies and the WTO accession of Cape Verde have played a catalytic role in supporting the country’s economic growth strategy.

It is against this backdrop that we are hosting a Policy Dialogue on Aid for Trade on 16 and 17 January 2013 at the OECD in Paris. This dialogue will focus on how the international community can continue to deliver results on aid for trade in today’s quickly evolving global context of trade and development. The discussions among trade and development experts, providers of South-South co-operation, and representatives from the private sector, think tanks, civil society and academia will focus on several issues. They include the delivery and management of aid for trade and development results, options for easing constraints to trade, promotion of regional aid for trade programmes, reduction of the costs of importing and exporting (the so called ‘thickness’ of borders), the link to value chains and engagement of the private sector.

We hope that the outcomes of this dialogue will provide valuable inputs to the Fourth Global Review of Aid for Trade, “Connecting to Value Chains”, to be hosted by the World Trade Organization in July 2013. Now let’s have a meaningful dialogue for better trade policies for better lives!