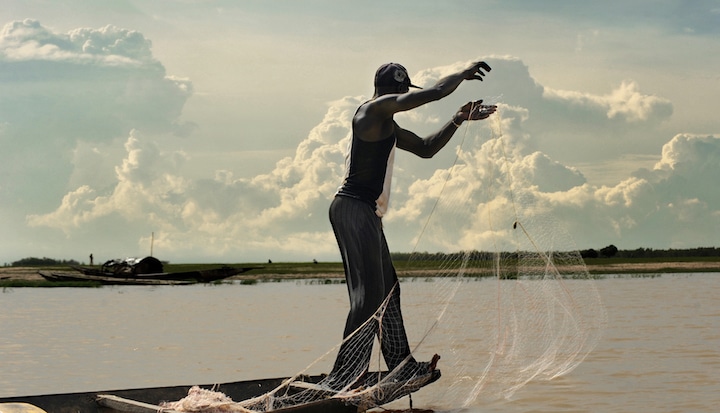 
Economic development is inherently unstable, and the ebbs and flows of progress can be unsettling. This is true in the Niger Delta, which contains one of the world’s largest supplies of oil and an abundance of other commodities like catfish, cocoa and palm oil. Yet, 70 percent of its 30 million people live in poverty and there is a history of conflict between ethnic rivals. From this enigmatic environment, businesses can learn ways to participate in alleviating poverty from partnerships that have given communities a more powerful voice in determining their destiny.

Amid the hard realities of daily life in Africa’s largest wetlands area, a time-tested public-private partnership approach like Chevron’s Global Memorandum of Understanding (GMoU) stands out. In 2005, the GMoU was pioneered in response to clashes among communities that resulted in damage to many of Chevron’s community development projects and production facilities.

What makes the GMoU model different is a combination of community empowerment and collaboration. It is a community-led, multi-stakeholder approach to help resolve conflict and address community needs near Chevron’s operations. Through a defined agreement, committees of elected community members represent local interests. They have responsibility for how to use Chevron’s community funding and for implementing the projects they select. Chevron is a facilitator that compliments community decisions by providing expertise to help them complete projects. The model is an example to business of how creatingstrong partnerships helps people discover common bonds that accentuate what unites them and downplay what divides them. These bonds broaden opportunities to combat poverty.

For economic progress to continue in the Delta, sustained, inclusive and holistic approaches to community engagement are essential. The GMoU approach created ownership, pride and optimism that could never be replicated by having the company building a school, bridge or water well. Locally directed initiatives have made a difference through construction of rural “cottage” hospitals, guest houses, shoreline protection, solar-powered water projects, schools, taxi cooperatives, and funding of scholarships. The jobs and opportunities generated by these projects restore people’s dignity and hope — basic human emotions that motivate people to lift themselves out of poverty.

Continuous collaboration with communities, government and nonprofit partners, among others, resulted in further enhancements to the existing approach. In 2015, Chevron launched the GMoU+ to build on the communities’ focus on growing small businesses, increasing household income and employment, and aligning with the United Nations’ Sustainable Development Goals.

In 2016, in its report “Responsible Investment in Fragile Contexts,” the World Economic Forum stated that the GMoU “has established Chevron as an industry leader in social performance in Nigeria and has been adopted by other companies in the country.”

The GMoU model has endured amid conflict. For example, the model was tested in 2016 when militant groups protesting Nigerian government policies vandalized segments of Chevron’s pipelines and other assets in Delta State. However, the actions were denounced by representatives of the GMoUs. The communities’ response reflects a belief in the GMoU approach and in its positive impact.

Over time, Chevron recognized that it also needed a regional strategy to have a greater effect on reducing poverty and conflict – to complement the GMoUs – that focused on areas adjacent to its operations. In 2010, Chevron and partners launched the Niger Delta Partnership Initiative (NDPI) and its Nigeria-based implementing partner, Foundation for Partnership Initiatives in the Niger Delta (PIND). Backed by an initial $50 million endowment from Chevron through 2014 and then another $40 million by the company through 2019, NDPI and PIND work to increase income and equitable economic growth. Substantial commitments like this signal to other businesses, foundations and communities that change is not only possible, but that it is happening.

A 2016 independent report by the Initiative for Global Development (IGD) shows that NDPI and PIND are achieving systematic, long-term change in the Delta and bringing international attention and resources to the region. Since 2010, NDPI and PIND have driven nearly $100 million of outside investments into the Niger Delta from over 90 partners – nongovernmental organizations, bi-lateral agencies, corporations, private foundations and multi-lateral donors – all who share a vision of socio-economic development in the region. NDPI and PIND have also developed a peace-building network of more than 5,000 members and helped over 50,000 people in the region’s most promising agricultural sectors build their businesses and boost their incomes.

The PIND partnership is successful because it helps to enhance people’s business skills and remove barriers to success. PIND provides expertise to producers of plentiful commodities, such as catfish, cassava and palm oil, to sell products beyond local markets and generate jobs in all parts of the supply chain. More than 32,000 farmers in these industries have benefited from collaboration with PIND, with a reported $5 million in increased income during 2017 alone. PIND has also advocated for infrastructure improvements essential to economic expansion, like better electricity, water and road systems.

Although socioeconomic challenges persist, Chevron believes that through partnerships, this combination of programs provides optimism amid the hard realities of daily life in Africa’s largest wetlands area. In February 2018, Chevron received the “Best Performing Upstream International Company in Social Contribution for 2016/2017” award, an honor bestowed by the Nigerian Ministry of Petroleum Resources, for the company’s commitment to social responsibility.

Programs like these must also be constantly evaluated and refined to make headway in a shared desire to eliminate poverty. After all, development is not a science; it is mosaic of ever-changing people and places. But its ebbs and flows remind us we must never stop learning and that when businesses and communities grow together, we’re all better off.