From Global to Local: Applying The Lessons of Global Health Here At Home 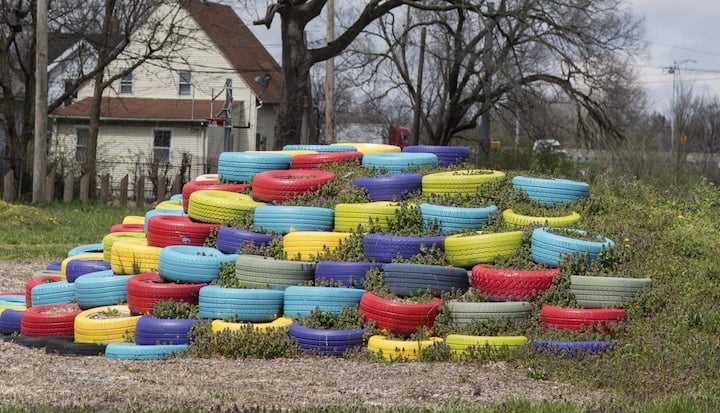 Eli Lilly and Company and its partners are applying lessons learned in lower- and middle-income countries to the fight against chronic disease with cost-effective strategies in the USA; as a result, pioneering public health approaches developed in India can help keep people healthier in Indiana.


What do Indiana and India have in common? To outward appearances, not much – but look beneath the surface and you’ll find some surprising commonalities, including steep income disparities and surging rates of non-communicable diseases (NCDs) among lower-income populations, including killers like diabetes and heart disease.

NCDs present a global challenge calling for global sharing of public health insights.  High-income countries can learn from their less affluent counterparts, as public health professionals everywhere are expected to do more with less. Toward that end, Eli Lilly and Company and its partners are applying lessons learned in lower- and middle-income countries to the fight against chronic disease with cost-effective strategies here at home; as a result, pioneering public health approaches developed in India can help keep people healthier in Indiana.

Lilly’s global health work has focused on NCDs in China, Mexico, India, Kenya, South Africa and Brazil – resource-limited countries that have all seen an alarming rise in type 2 diabetes. More than 114 million people are living with diabetes in China, with adult prevalence rising from less than 1 percent in 1980 to 9.4% in 2014. In Mexico mortality due to diabetes jumped from 6.1% of all deaths in 1990 to 15% by 2015, while in India the number of people living with type 2 diabetes doubled from 31.7 million in 2000 to 62 million in 2014. South Africa and Brazil have experienced similar trends. Health ministries in each of these countries have called on public and private partners to help combat diabetes, which requires sustained collaboration to solve public health systems challenges and address risk factors for the disease.

To come to grips with this web of interconnected issues, Lilly created a holistic, data-driven partnership-based model powered by community health workers, who serve as the frontline of the outreach effort. These local partners help overcome systemic barriers to diagnosis and treatment, including issues like cost, transportation availability, work and family responsibilities, cultural attitudes, environmental conditions, and fragmented local healthcare systems. We worked with local health providers, community leaders, neighbors and family members to overcome these barriers, and facilitate the at-risk individual’s healthcare journey from education and prevention to screening, diagnosis and treatment. By approaching these challenges through a local partnership model, we were able achieve meaningful results, including increased screening of individuals at risk, improved treatment adherence for those diagnosed with type 2 diabetes, and programs to encourage exercise and healthy diets.

Many American cities suffer from the same adverse social factors that contribute to high rates of NCD, including stark income disparities that leave the groups most vulnerable to chronic disease “under the radar” when it comes to public health efforts. That’s why we’re bringing the insights gathered from Lilly’s work in other countries to bear in the U.S., beginning in our corporate headquarters of Indianapolis.

In a new pilot program, Lilly is joining forces with local partners including the Richard M. Fairbanks School of Public Health at Indiana University – Purdue University Indianapolis (IUPUI), the Eskenazi Health system, the Marion County Public Health Department, and the Local Initiatives Support Corporation (LISC) to implement a community outreach program project with the goal of combating type 2 diabetes in three of the city’s most at-risk neighborhoods.

There are an estimated 10,000 people living with type 2 diabetes in these Indianapolis communities, for a prevalence of up to 17.5% – nearly twice the national average – and thousands more individuals at risk. Over the next five years the $7 million pilot project will employ community health workers to identify and address barriers to diabetes prevention, diagnosis, care, and treatment adherence, and extends to social and environmental factors such as “food deserts” where healthy foods like fresh fruit and vegetables are virtually impossible to find, and the absence of public spaces suitable for exercise.

In keeping with its global health methodology, Lilly and its partners will apply rigorous monitoring and evaluation to figure out what works, then report the results publicly so other entities can implement or scale similar programs. Eskenazi Health already intends to scale the approach across its health system across Indiana, and this pilot is informing how best to do that. Ultimately the program will contribute to Lilly 30x30, the company's goal to create new access to quality health care for 30 million people in resource-limited communities every year by 2030.

We’re hardly alone here: in fact the global-local initiative is just one example of what some have called “reverse innovation,” aiming to bring knowledge from lower-income countries home and put it to work in our communities. In Boston, Brigham and Women's Hospital teamed with Partners in Health and academics from Harvard to create an HIV community care program based on a model used in Haiti, resulting in higher survival rates among African American women in Boston. A cost-effective approach to vision care and prevention of blindness, pioneered in India, is being applied to low-income populations in California. And a global study sponsored by the Commonwealth Fund recently identified over a dozen more innovations applicable in the U.S., including community and family health strategies from Brazil and a pioneering telemedicine program in Singapore.

The knowledge generated by public health interventions in low-income countries can help policymakers, health professionals and activists tackle some of the daunting problems facing legacy medical systems in high-income countries, as they contend with spiraling rates of chronic disease and mandates to control costs. This is especially urgent in the U.S., in view of the widespread perception that healthcare spending is already out of control and the societal costs of chronic disease nearing the breaking point. As things stand now, across the United States the total number of people with type 2 diabetes is expected to increase by 54% to around 55 million by 2030, with annual medical and societal costs soaring from $327 billion to $622 billion.

No question, these figures paint a dire picture, but this epidemic of human suffering is by no means inevitable. Cost-effective, community-based interventions will have to play a central role if we are to reverse the tide of chronic disease, and this means broadening our horizons, because many of those solutions may come from beyond our borders.