Oxfam and Unilever – no longer such strange bedfellows? 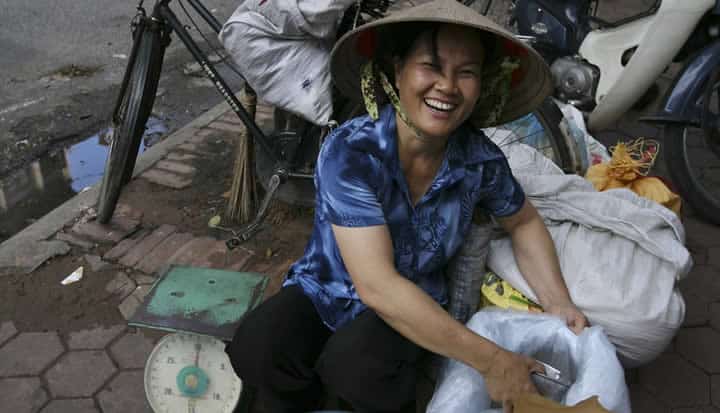 Oxfam and Unilever – no longer such strange bedfellows?


Oxfam GB has today published a groundbreaking report on labour rights in Unilever’s supply chain. It is groundbreaking not so much because of its content (although as the project’s technical advisor and co-author of the report, I do think we have some fascinating findings to present). No, it’s the fact that a company as large as Unilever is voluntarily opening up its operations, procedures and supply chain to an NGO known for its critical reports, investigating sensitive issues. Of course we had Apple’s recent internal audit as well as the independent investigation of its supply chain by the Fair Labour Association last year. But, although this report uncovered many issues in Chinese factories supplying to Apple, it focused on the suppliers and not on the connection with Apple. However, by taking the UN Guiding Principles (Ruggie guidelines) as the main frame of reference alongside other authoritative standards and guidelines (ILO, ISO26000, ETI, Global Compact, OECD, GRI), this research has been able to analyse the relationship between corporate policies and business principles and their implementation in practice. So this report is not only about Unilever’s suppliers, but also about the links with Unilever’s own policies and practices.

In 2005 the Financial Times[1] labelled Oxfam and Unilever ‘strange bedfellows’ after a joint report published in Indonesia: ‘It takes a good deal of courage, some would say foolhardiness, for a multinational company operating in impoverished parts of the world to open its internal documents to scrutiny by campaigners for fairer globalization’. Since the current project was an independent assessment by Oxfam, Unilever had to display even more courage. After working for so many years in several projects together, Unilever and Oxfam are no longer such strange bedfellows. Unilever must have known more or less what to expect.

Many issues were revealed, of course. The chosen topics of freedom of association, (living) wage, working hours and temporary contract workers were selected because they are known to be the most endemic issues. All companies wish to avoid child labour or forced labour. However, the risk that these issues occur in the first-tier suppliers of a multinational company mainly manufacturing or packing goods – isn’t that high. On the other hand, people working unhealthily long hours is an issue that many companies cite as one of the most frequently occurring non-compliances in their audit reports. This is particularly endemic in low-wage countries, where the basic salary doesn’t meet workers’ basic needs. The report confirms this. Even in Unilever’s own factory in Vietnam, some workers need to work overtime to earn a living wage. It makes me concerned about the situation in other, less CSR-minded, companies. If this is happening at Unilever, renowned for their front-running role on sustainability, the situation is unlikely to be any better at other companies.

Neither was it a surprise that the principles of freedom of association are not respected in Unilever’s supply chain in Vietnam. Labour relations continue to be under-developed, and not only in this case. Few companies worldwide are aware of the benefits of having workers represented by unions so as to build good labour relations. And the fact that many workers are in temporary insecure jobs in Unilever’s operations seems to be the standard way of working in most parts of the world.

By no means should this report be used to bash Unilever. The report shows us an example of a company – with a high commitment to sustainability – operating globally and committing to abide by high international standards. All companies can do much more to ensure these international standards are respected. For example by examining the root causes of these issues, and working with their suppliers to ensure they understand and appreciate the benefits of respecting labour rights. The due diligence process of the UN Guiding Principles are proving a useful instrument for companies that wish to take a closer look at what is happening, not only in their supply chains but also in their own affiliates abroad.

I applaud Unilever for the commitments they have pledged as part of this report, particularly in undertaking a worldwide ‘sustainable living review’.

I sincerely hope this report will serve as a guide for other companies on their path to respecting international human rights, and that they, too, will find ‘strange bedfellows’ to accompany them.

This blog was first published on the Oxfam Policy and Practice Blog, and is reproduced with permission.

One response to “Oxfam and Unilever – no longer such strange bedfellows?”