How Latin America is Missing the Greatest Opportunity to Tackle Climate Change: the Food We Eat 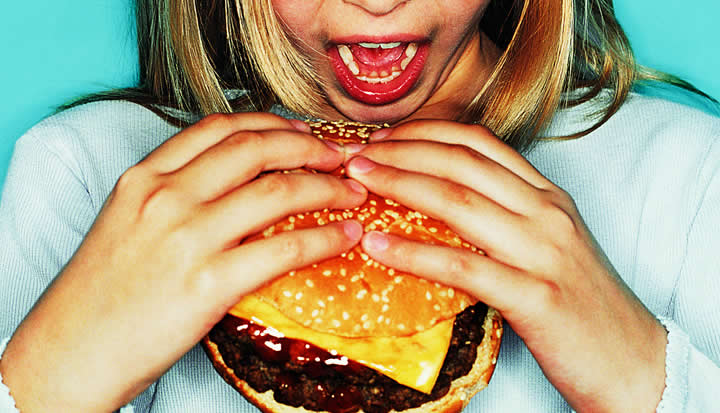 How Latin America is Missing the Greatest Opportunity to Tackle Climate Change: the Food We Eat


Is the region missing the greatest opportunity to tackle climate change?

A lot has been done in Latin America and the Caribbean (LAC) to mitigate and adapt to climate change. Countries are diversifying their energy matrix, addressing deforestation, and financing resilience mechanisms, among others. But little has been done in regards to one of the biggest causes of climate change: the food we eat. It seems like the truth behind our diets and how it impacts the economy, society and the environment is the biggest (most obese!) elephant in the room. What we’re choosing to eat —or demand as consumers, if you want to put it in market terms— determines what companies sell and how food is grown and produced. With the stated goal to become the world’s breadbasket and feed its growing middle class, LAC is slowly heading towards a model of cheap, quick calories that has negative consequences for population health and makes climate change more difficult to tackle.

As hundreds of millions in LAC emerge from poverty and join the middle class (the population in the region will be 680 million people in 2025, and by 2030, 345 million people will be considered middle class), their consumption habits are changing. They are demanding better standards of living, experiencing changes in work (e.g. sedentary jobs), and are starting to adopt a calorie- and protein intense-diet. A recent study (to which I contributed) by the Inter-American Development Bank (IDB) shows that the share of household income that low-income people spent on food and eating out for leisure in LAC jumped from 4 percent in 2000 to 6 percent in 2010.

As a country’s population becomes wealthier, it tends to adopt the United States Standard American Diet (SAD), which is loaded with saturated fats (mostly from animal sources) and added sugars in foods. This diet comes hand in hand with a specific model of production and retail that puts a lot of pressure on the environment. Animal-based foods are more resource-intensive than plant-based foods: producing beef requires 20 times more land and emits 20 times more greenhouse gas emissions per unit of edible protein than other plant-based protein sources such as beans or lentils. The SAD is inefficient and unsustainable requiring 1,500 gallons of water to produce 1 pound of meat. In a 2016 report the World Resources Institute said, “When it comes to resource use and environmental impacts, the type of food eaten matters as much, if not more, than how that food is produced.”

Like other countries, LAC sees the United States model of farming and profit driven production model as “the way of progress and the natural course of economic development.” LAC is following a path that it believes will secure economic growth and wealth for our countries. It may in the short-term, but the region is dismissing immediate costs and clear warning signs that the system is unsustainable. Today, 30 percent of Mexican men are obese. According to the Obesity Society, 50 percent of men and 60 percent of women in Latin America will be overweight or obese by 2030 (not so sustainable if you want these people to be active in the labor force).

Raising awareness among consumers on the environmental impact of their choices, enabling greater access (production, distribution, etc.) to more sustainable and healthier foods, regulating labeling and implementing sugar taxes, or investing in new sustainable businesses in the food industry are examples of some of the actions available to tackle climate change through food production. The connection between food and climate change will become more and more relevant as consumers become educated. To stay ahead of the curve, governments and development organizations in LAC must prioritize this issue on their climate change agenda. Investors also have an opportunity to push for more sustainable food approaches. The question is: how obese does the elephant need to get before we see it?