In Defence of Aid 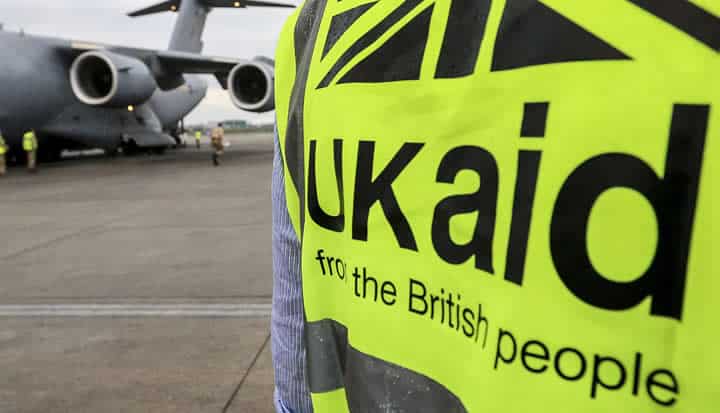 In Defence of Aid


As Britain embarks on the process of leaving the European Union, and as we prepare to stand up as a “Global Britain”, we need to decide what it is we stand for. Our values will define and give weight to our leadership on the world stage. All of us, whether on the left or the right, whether we voted for Brexit or to Remain, should therefore be horrified at the campaign being waged by some in the British media against foreign aid.

Britain’s record on aid should be a source of great pride. Alongside other countries like Germany, Denmark and Sweden, the UK is internationally respected for our strong commitment to meeting the UN target of investing 0.7% of our national income in aid to the poorest.

As the UK’s Secretary of State for International Development, Priti Patel, said in her statement to the House of Commons yesterday, in 2015/16, the UK’s Department for International Development (DFID) supported the immunisation of approximately 20 million children, saving 250,000 lives, helped 3.1 million children gain access to a decent education, and ensured 11.3 million people had access to clean water and/or better sanitation. In the same period, the UK’s humanitarian response reached 5.1 million people, including 1.6 million women and girls.

It’s a simple fact: UK aid is making a difference to the lives of the world’s poorest people.

Despite the narrative in some of the media, Britain’s generosity on aid reflects the deeper generosity and values of the British public. The very British “Red Nose Day”, organised by Comic Relief last month, has raised over £73 million for charitable causes around the country and overseas. Back in 2005, when the Make Poverty History Campaign was in full force, I recall the energy and enthusiasm for doing what is right.

Today, there are attempts to undermine our faith in aid. It is important to remind ourselves, and others, of the powerful impact British aid spending is having (and what cutting it would therefore mean): from bed nets that have stopped six million people dying from malaria, to programmes in Bangladesh that have brought access to clean energy to over 2 million, to tax reforms in Rwanda that tripled revenue collection which in turn boosted health spending by a factor of 5 and reduced reliance on aid.

International aid is not, in fact, an end in itself. It is a vital means to drive the longer-term development that enables people to exit aid all together. DFID’s new economic development strategy sets out aid priorities around driving job-creating growth, harnessing new trade relationships and channelling investment.

In this fight, businesses need to stand alongside UK charities to bring some needed perspective back to the argument. Business should be vocal in support of aid that helps drive long-term development and that ultimately enables countries to stand on their own two feet. This includes aid that supports strong and inclusive health and education systems, infrastructure and economic reforms to help entrepreneurs thrive and generate much-needed jobs, and effective governance to enable countries to mobilise the tax revenues to fund their national development. Aid is vital for building the conditions in which business can succeed, and for ensuring investment benefits the people and places that need it most.

More substantively, there are important ways in which business can enhance and complement the effectiveness and impact of aid. In absolute terms, global aid levels (around £140bn) represent a small fraction of the resources available for development (domestic investment being the largest source by far, followed by national government revenues, foreign direct investment and remittances). Aid is also dwarfed by the estimated $2.5 trillion financing gap to meet the internationally-agreed Sustainable Development Goals (SDGs), which set out an ambitious 2030 vision for people and planet.

Smart aid has proven to be hugely catalytic in attracting, leveraging and harnessing the development impact of private investment and innovation. The UK has long been respected internationally by its peers and partners for the quality of its aid programming, as well as its willingness to pioneer new approaches to investing and partnering with the private sector.

To give some examples, CDC (the UK’s development finance institution) partnered with Standard Chartered Bank in 2015 on a facility to provide new working capital lending of up to US$50 million to businesses in Sierra Leone following the Ebola crisis. This provided a vital lifeline to businesses at a critical time, ensuring they were able to continue operating and grow.

Smart aid works. Moreover, aid is part of the fabric of what has made Britain great, and must be part of what makes us global. Reaffirming our commitment to the UN target of spending 0.7% of national income on aid, and restating a clear commitment to our common values - fairness, inclusion, morality, generosity and justice - establishes foundations for our future role at the global level, and just might also start to heal the divisions at home. UK business must continue to stand up for aid and the British values it represents.