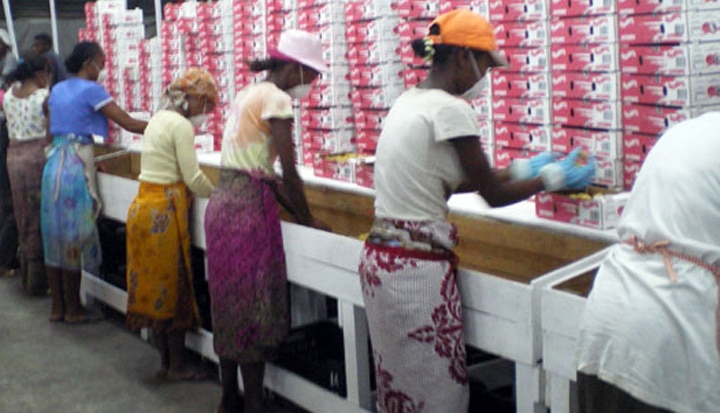 Madagascar is one of the poorest countries in Africa, with over 70% of its population living below the poverty line. It is also ranked 163 out of 189 on the World Bank’s ease of doing business index, making it even harder for businesses to flourish and drive economic growth.

The lychee industry is a key pillar of the Malagasy economy. Madagascar is the biggest exporter of lychees to Europe, exporting 20,000 tons annually. 80% of people in Madagascar live in rural areas, and a large proportion of this population depends on the lychee gathering season for an income. The industry employs many people – the annual lychee season involves over 6,000 workers in export stations, 3,000 collectors, and over 20,000 farming families spread along the eastern coast of Madagascar. Although the lychee season lasts only a few months each year, it’s estimated that farming families earn 80% of their annual revenues from the season.

Madagascar Lychee Export – MLE – is a lychee export business based in the port of Toamasina. The plant is a major employer in the city with 1600 local people on its books and a daily processing capacity of around 200 tonnes. It also provides indirect employment to the gatherers who pick the fruit and sell it on to the collectors, who in turn sell to the export companies.

“I enjoy collecting lychees. It helps me to gain more money. At the end of the year, we have a lot of things to pay, especially when one has kids. I want to spoil them a little. That’s why I collect this fruit, to have more money.”

Louise, a lychee collector for MLE

An opportunity for CDC to invest in Madagascar came along in 2007, when it committed €7 million to a local fund managed by Adenia Partners. With offices in the Madagascan capital Antananarivo, Adenia Partners has expert knowledge of the needs and opportunities of the local economy.

Adenia identified strong potential in MLE. Whilst it was identified as a large employer in Toamasina, its production process was complex and its tools and materials were out of date. It risked losing customers if it didn’t standardise its business. Capital and support were crucial to the development of the company. In September 2010 Adenia invested €1 million in MLE.

“Many of the European importers were increasingly asking for international best practice to be utilised. MLE was interested in implementing those standards within their company but they just didn’t know how. So they were willing and open to an investment to help them get to that point.”

The long-term and patient nature of the capital from CDC has been crucial in supporting MLE to grow, to improve its standards, and to create jobs. Beyond providing capital, CDC champions environmental, social and governance issues. It has developed a toolkit which many fund managers across Africa, including Adenia, use to identify and mitigate the environmental, social and governance risks within their portfolios.

HOW MLE STRENGTHENS ENVIRONMENTAL AND SOCIAL STANDARDS AND CREATES JOBS

Since investing, the Adenia team has focused CDC’s capital on improving the production processes, health and safety standards and management at the plant.

CDC’s capital has been used to acquire 15 new sorting belts and 3000 plastic pallets which allow the production process to be more efficient and more hygienic. Alongside these changes, Adenia has supported MLE’s management team in implementing good, operational practices both in terms of hygiene, health and safety standards and in terms of good financial management.

The investment has also resulted in much needed employment opportunities. New jobs have been created, workers at the plant and in the supply chain have been trained, and temporary workers now have standardised work contracts.

“We’ve hired 51 new staff since the beginning of our investment. And additional to just hiring staff we’ve upgraded the staff so now they’re trained in terms of quality issues. Even if they leave MLE they are more empowered, better skilled, and can have impact on whatever company they choose to join in the future.”