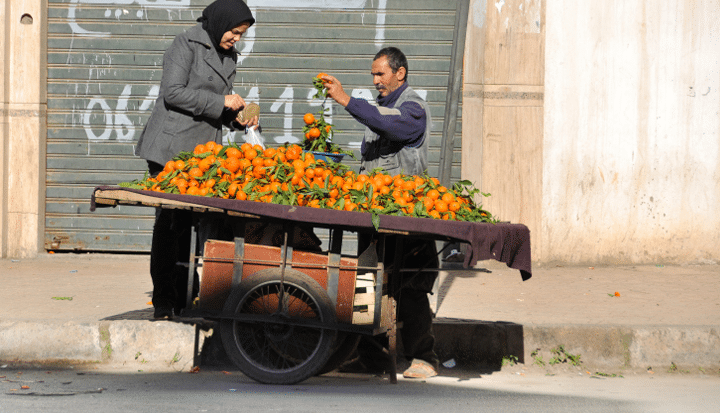 
January in the UK is a time of New Year’s resolutions, traditionally with commitments to new goals, or renewed attempts to meet some old ones. The trick is to stick with your plans and implement them – not run out of steam half way through February. I’m curious to see if this is the year where we start to see company living wage promises, commitments, policies and action plans actually morph into concrete actions.

10 years (nearly) talking about what to do on living wage

At its 2008 biennial conference, the UK’s Ethical Trading Initiative (ETI) held a workshop about the Living Wage, one of the elements of the ETI Base Code for company members. Notes from the workshop are topped with the quotation from campaign group Labour Behind the Label: “We can’t spend another ten years working out how to do this”. The workshop captured clear recommendations for companies tackling living wages in their supply chains, including:

- Don’t get bogged down in calculations, just get started addressing the issue

- Prioritise where you know wages are lowest –suggestions from 2008 are prescient: Bangladesh and Cambodia (for garments)

- Figure out how you are going to fund any payment increases e.g. by productivity improvements, improved supply chain efficiency, higher prices

- Involve workers – and note that their living wage estimates are an accurate rule of thumb.

Pressure for action has built in the interim and 2014 saw no let-up in international trade union and NGO campaigns on living wages. But it also saw some real signs of progress. In the UK more companies signed up to voluntary living wage benchmarks for their own employees and direct contractors, and the trend is spreading to international brands such as Nestle. H&M launched a supply chain roadmap (summary video here) which bears a mighty strong resemblance to those ETI recommendations of 2008. Work on garment supplier productivity continues in a number of countries with a view to improving hours and wages. Trade union and NGO campaigns and social movements continue to pressure companies to improve wages for their own workers and for their supply chain from Cambodia to Israel, USA to Zambia. At the end of the year, Oxfam’s ‘Steps towards a living wage’ briefing aimed to help companies ‘understand and tackle the issue’ by going beyond recommendations, and providing examples of action, outlining ambitious self-assessment indicators and setting out positive impacts of moving forwards on living wage, while also identifying drag factors that prevent companies from ‘just paying a living wage’.

Oxfam’s forces for and against company living wage action, Oxfam Briefing ‘Steps towards a Living Wage in Global Supply Chains’, 2014. 2015: awareness about living wages from garments to agriculture

So what progress will 2015 bring? Will we see living wages make it into discussions at Davos nestled in with The New Global Context, and Trust? Maybe so. It does seem that global awareness and unease about inequality and poverty are rising among politicians and corporate executives. That most basic symptom of poverty – lack of food – is now of concern not just in countries traditionally perceived as having large numbers of people going hungry but also those which don’t. Inadequate income is not just a problem for low-paid garment workers or small farmers. In my own UK back yard, the number of food banks has risen, as has the number of people using them. And yet many food bank users, as in other parts of the world where access to adequate food is lacking, have work – it’s just that the work is low paying, and costs are rising. Thus work isn’t enabling them to feed themselves and their families sufficiently.

Many of those affected by low pay or incomes work in agriculture – as subsistence farmers, small producers, plantation workers or in food processing and distribution –traditionally hard work for low returns, where women are disproportionately represented. To my mind, to be growing or processing the food others are eating, in the case of local, regional or markets, and not be able to feed oneself adequately somehow adds insult to injury, as food justice movements point out. A joint report ‘Harvesting Hunger’ last year from the IUF (the global food, agriculture and hospitality union federation), alongside two NGOs, highlighted the situation of malnutrition on some tea plantations, and made recommendations for how states and companies can address these issues, including through wage bargaining.

Various food companies have had different projects and targets – wage funds, skills development, plain old pay increases. But there still seems to be more words and plans than action. Fair trade schemes have long used consumer pockets to create price premiums for commodities like cotton and cocoa which can now go into the purses of those who make and grow them. The problem is outside a couple of commodities in some markets, these still don’t touch the vast majority of global production. Direct buying outside commodity exchanges offers some room for companies to have control over the price they pay, and some companies are doing more direct buying on agriculture particularly. International multi-stakeholder bodies addressing social sustainability issues in mainstream production (they exist on cotton, coffee, sugar, palm oil, shea) are going to need to work to ensure that returns for commodity producers (yield but also wages and prices) improve beyond specialist ‘premium’ schemes, and for many, living wage is still receiving insufficient attention.

Let’s hope that by 2025, there’ll be progress on fairer pricing from raw material production to finished goods, so that whether you are selling your labour or your crop, at the very least what you earn will ensure you won’t go hungry.

Editor's Note: This blog was previously published on OXFAM and is reproduced with permission.
Previous postNext post