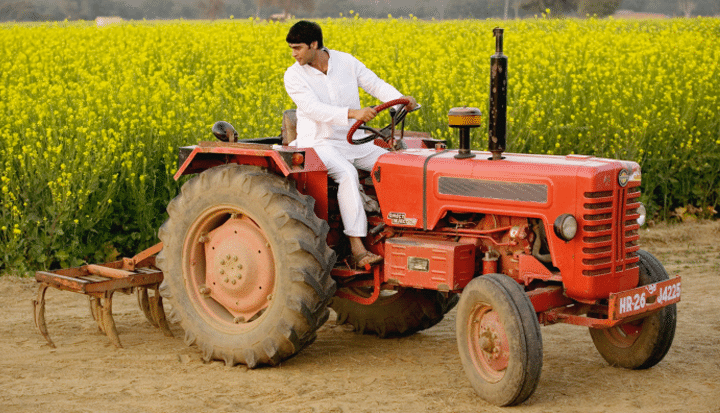 A recent case study published by Katalyst, Improving Public Agricultural Extension Services in Bangladesh Using the M4P Approach, has attracted interest from a wide range of readers and the BEAM Exchange has organised a webinar to discuss the topics and share it with a broader audience. I'm looking forward to the webinar as an opportunity to hear directly from development practitioners around the world. This blog on the Local Agri-business Network (LAN) programme – which the case study was based on – will work as a precursor to the webinar.

The most important sector of the Bangladesh economy is...

Bangladesh, home to nearly 160 million people, is highly dependent on agriculture for food security, employment generation and poverty alleviation. Agriculture – including crop-based farming, fishing, poultry and livestock rearing – contributes to 17 per cent of the country's GDP. The livelihood of over 25 million rural households is provided by the agriculture sector, and so the performance of agriculture has an important bearing on the country's economic growth as a whole.

As farmers depend on the agricultural sector as a source of income generation, ensuring efficient means of farming is a key factor in their livelihoods. Farmers’ productivity is largely dependent on the use of modern cultivation techniques, which includes uptake of adaptive crop varieties, environment friendly pest control and better post-harvest handling.

Research in 2008 by the Bangladesh Agricultural Development Corporation (BADC) revealed that nearly three-quarters of farm-holdings were not aware of the best applications of agricultural inputs or productivity-enhancing, and cost-saving, cultivation and pest control practices. The Bangladesh Bureau of Statistics states that the country’s farmers are reliant on both public and private agricultural extension services to maintain and improve productivity and the yield of their produce. Private companies provide frequent extension services in the form of training, awareness events or embed information through their representatives. However, this is mainly to promote their goods and services; these activities do not cover the diverse issues faced by farmers. Services attuned to the needs of expanding private sector businesses are also limited in terms of geographic coverage. A study by Katalyst in 2011 showed that 52 per cent of agriculture-related information available to farmers is received through public extension offices, either through preference or lack of knowledge on the alternatives suggesting that public extension departments remain an important service provider.

Public extension services are a major source of reliable agricultural information. Since they began, public extension services have worked with almost the same size workforce while the population of Bangladesh has doubled. An obvious outcome of this is a weak extension service characterised by low coverage, infrequent interaction and a limited number of covered crops. Furthermore, extension officials working on non-agriculture related duties have also limited their scope of involvement with farmers. As such, lack of timely and demand-based services has compromised the performance of farmers in terms of yield, productivity and production costs.

To achieve a more comprehensive means of delivering extension services, and hence an increase in farmers' productivity and efficiency, Katalyst saw an opportunity to bring upazila (sub-district) level trader associations and farmer groups together to create a network which is linked to the extension agencies. The result is the Local Agri-business Network (LAN) programme.

The LAN model is composed of a semi-formal network and several dialogue platforms in each upazila. The semi-formal network consists of the local upazila-based cross sectoral trader associations. Their members are mostly traders and retailers participating as core value chain players such as agro-input suppliers, agro-output auction house owners etc. As the traders are based in the upazilas, they usually have stable relations with the local government offices. As individual private players within sectoral value chains, they also have good levels of interaction with farmers – to whom they either supply or buy from. The LAN model taps into this potential for traders association to become a conduit through which groups of farmers are able to reach agricultural extension advice. Moreover, as most of the extension agencies have reach only up to the upazila level (specifically the Department of Fisheries and the Department of Livestock Services), by using this farmer–traders association model the government and private sector can increase their outreach to a significant level without expending much of their own resources.

To institutionalise regular interactions among the three parties – extension officers, traders, and farmers – the model has evolved to incorporate dialogue platforms which are local and sector-based Public Private Initiatives (PPIs). The PPIs consist of local traders, public extension office representatives and farmers' group representatives who want to address the local issues relevant to them. For this, members of the PPIs plan, design, and deliver demand-led information, skills, and technology transfer services to farmers. Typically in an upazila there is one network consisting of a single trade association connected to many farmer groups and two to three PPIs (one each for agriculture, livestock and fisheries).

To date, there are 228 such networks and more than 300 platforms existing in 228 upazilas. A typical form of advisory services include training to farmers by extension. Farmers' groups are in continuous touch with trader associations who have helped farmers address multifarious issues such as cost reduction or production increase or better prices for their produce. In the upazilas where LAN is established, upazila extension officials are regularly using the link between trader associations and farmers for channelling information, delivering government allocated inputs, training and so on. PPIs are used for planning ahead of plantation season for settling issues faced by the farmers. Moreover, the central offices of the extension agencies issued instructions to the upazila offices to utilise the LAN model in routine and ad hoc tasks. Traders, after seeing the initial positive response from farmers to their business, are coming forward with additional efforts to help farmers with information and other services.

Mahmud Zaman is currently manager of the Local Agri-business Network (LAN) programme of Katalyst, based in Bangladesh. The programme works at creating better access to agricultural services for poor farmers.

Mahmud began his career in development in 2003. He interned at a USAID funded project, Agro-based Industries and Technology Development Project (ATDP-II). The project was mainly involved with spreading new technologies in the field of agriculture. In the same year he joined an agri-business company which worked exclusively for Cargill, USA. He was responsible for promoting poultry feed ingredients in Bangladesh. After 2 years, he joined the Asian Development Bank (ADB) funded project on the 'social safety net' of garment workers which focused on creating alternative job opportunities for workers. In 2007, Mahmud started working as a business consultant.

Editor's Note: This blog was previously published on BEAM EXCHANGE and is reproduced with permission.
Previous postNext post