Lendwithcare in Cambodia - How a growing economy impacts on the poor 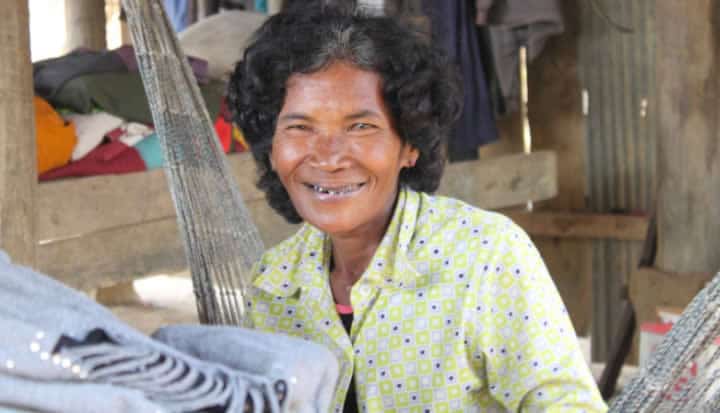 Lendwithcare in Cambodia - How a growing economy impacts on the poor


The last time I visited Cambodia was in 2005 and as I walked out into the humid night air and towards Phnom Penh’s visibly transforming skyline, I was eager to find out how Cambodia had changed since my last visit.

This time I was not visiting as a tourist but on behalf of the organisation I work for, CARE International UK , and the microfinance initiative I work on, lendwithcare.org. Before I had even reached my hotel in the heart of Phnom Penh I was struck by aspects of this rapidly developing country that I did not see (or at least notice) when I visited in 2005. Firstly, there are a lot of NGOs working in Cambodia (there are 3,000 NGOs currently registered with the Ministry of the Interior); secondly, a growing economy has led to increased migration to the cities, especially to find work in one of the growing number of garment factories (predominantly owned by South Korean and Chinese companies) on the outskirts of Phnom Penh ; and thirdly, the microfinance sector has undergone very rapid growth.

Years of war and internal conflict made it impossible for Cambodia to see the economic development experienced by many of its neighbours towards the end of the 20th Century and when the fighting did eventually stop in 1991, Cambodia and its people were left war-torn and devastated. Over the last two decades this has changed and in recent years, some powerful regional investors have started to play for big stakes in Cambodia’s economy. In fact South Korea, China and Japan invested a combined $762.6m in Cambodia last year, representing 33% of total foreign investment, and all three replacing the UK as Cambodia’s largest foreign investor.

Despite this growth, Cambodia remains one of Asia’s poorest countries (57.8% of the population live on less than $2 a day) and social development has not ketp pace with economic development. When I met with the CARE country office in Phnom Penh they explained that development has resulted in ‘increasing inequality between urban and rural areas, between rich and poor and for greater isolation of socially excluded groups … - so perhaps the number of NGOs is justified?

The huge growth of microfinance institutions was particularly important to me since microfinance, and providing fair and effective financial services to the poor, is a key part of CARE’s work, and I was eager to find out what impact this influx was having on the poor. The well-publicised cases of aggressive moneylending practices in India and the devastating over-indebtedness this contributed to undoubtedly springs to mind when you think of market saturation of microfinance. Emerging from a virtually non-existent financial sector in the early 90s as part of NGO-led programmes on financial inclusion, microfinance in Cambodia has subsequently developed into a much more sophisticated and commercialised machine. There are now 39 microfinance institutions operating in Cambodia, providing over 1.3 million people (9.2% of the population) with an array of financial and non-financial products and services. And in keeping with the raison d’etre of microfinance, these institutions predominantly serve those who typically live outside the formal financial sector - namely women (81%) and people living in rural areas (80%). However, like in India, Cambodia’s fast-growing microfinance sector faces some serious problems. Perhaps the two most worrying of which are: the prevalence of multiple lending and the lack of product diversification (i.e. credit is the main product offered by most MFIs).

CARE are very careful when selecting the institutions with which we work, but when I met with our microfinance partner in the north-west province of Battambang I was worried about how this rapidly changing sector had impacted on their operations. The Cambodian Community Savings Federation (CCSF) has been involved in providing essential financial services to the poor pretty much since the birth of microfinance in Cambodia. Set-up in 1998 as a Small Economic and Development project of CARE Cambodia, CCSF looked set to mimic the growth of the microfinance sector in general as it registered as a rural credit provider (independently of CARE) in 2003 and expanded operations. However, there are three specific qualities about CCSF that have meant it has not developed into a commercial institution but stayed true to its principles of trying to provide fair and effective financial services to the very poor. These qualities are:

1. CCSF is a credit union and therefore not driven by a need to generate profits for shareholders.

2. CCSF is primarily a provider of savings products for its members (one of only four microfinance providers in Cambodia able to deposit savings) and provides a diverse range of products, which are tailored to suit the communities they serve.

3. In the last 10 years instead of expanding operations quickly across the whole of the country (as many of its competitors have done), CCSF has remained focussed on serving the rural populations of North-West Cambodia. Not only allowing them to expand into more remote and underserved communities but also to know the communities and their financial practices well enough to meet their needs adequately.

It is these qualities that have enabled CCSF to remain true to their mission of providing affordable financial and non-financial services to the poor over the last 10 years and avoid becoming involved in the harmful practices that have come to damage the reputation of microfinance in recent years.

As I left Cambodia two weeks later, I felt a renewed sense of pride about the microfinance institutions we support through lendwithcare.org . Spending time with CCSF and their clients reminded me that despite a certain loss of faith by some in microfinance, there are a lot of really good providers of microfinance out there (even in saturated markets) and it is our duty to the poor, to make sure those good ones survive.