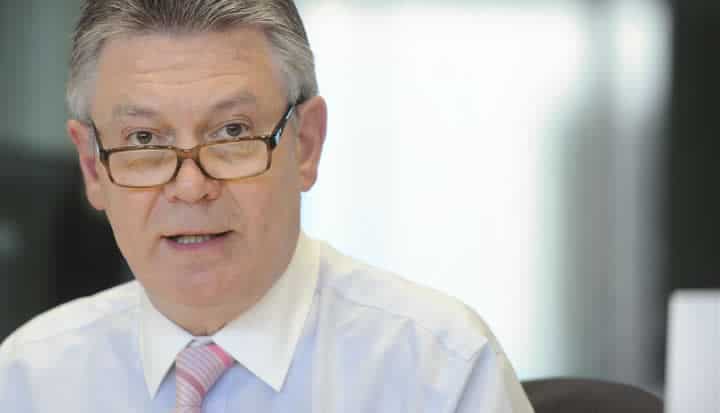 Helping developing countries trade their way out of poverty


One thing is for sure: No country has ever lifted itself out of poverty without international trade. Trade is key to help countries develop. So we need to make sure that people in the world's poorest countries have access to markets, to create jobs and encourage growth as a result. But trade needs the right conditions to flourish. Bottlenecks and inefficiencies – whether at border crossings, or in the way the economy is regulated, or even within the private sector – get in the way of progress and prosperity.

Today, the EU and its Member States provide more trade-related development assistance than the rest of the world put together. We contributed a third of world-wide Aid for Trade assistance, or €10.7 bn, in 2010 – that's a quarter of our own total official development assistance budget. And the results speak for themselves: a 10% increase in Aid for Trade spending on infrastructure has been shown to lead to a 6.5% increase in goods exports.

However, what really counts in the current crisis, with Overseas Development Aid shrinking, is that we continue to support developing countries' integration into the global economy – and make the most of our aid budgets for this purpose.

How do we do this?

The starting point is of course that we use the resources available effectively. This means we need to target Aid for Trade right and prioritise especially Least Developed Countries (LDCs).

Also, the most effective Aid for Trade projects involve multiple countries – like those focused on key regional trade corridors, for example. So we need to count on cross-border and regional programmes.

That is why I believe Economic Partnership Agreements (EPAs) can make an important contribution to the development of ACP countries. World tariffs have never been this low and the EU already offers very favourable market access to poor countries. So where EPAs can make a real difference are non-tariff issues or so-called 'behind the border issues' - standards, services, intellectual property rights, public procurement, technical, social and environmental rules, infrastructure and packaging facilities. We have already gone this far with developing countries in Latin America and aim to do the same with partners in South-East Asia.

Today's modern trading environment is dominated by the way manufacturers build up, assemble or even improve a product at different stages in the production chain. With two-thirds of world trade now involving intermediary inputs, it is vital to address these 'behind the border issues' so that developing countries can really be part of this process and integrate into global value chains.

Eventually, we need to involve the private sector better. If companies are not integrated in the design of Aid for Trade projects – by identifying the constraints that most need to be tackled for example – then they are unlikely to make use of the results. 'Aid for Trade' can empower companies in developing countries to boost their trade to the EU, making the best of the EU's generous tariff preferences.

At the same time, the success of Aid for Trade of course depends on requests from our partner countries, as we always encourage them to take the lead. Aid for Trade works best when governments are aware of the role that openness to trade plays in development. They need to include trade policy in their national development strategies to create a business-friendly environment to attract foreign direct investment.

There are some who say that these arguments are all very well for developed countries but that infant industries in developing countries need protection. I disagree entirely with this: if there is one thing that is not lacking in developing countries, it is entrepreneurship and the will to compete. What entrepreneurs need are opportunities – opportunities that trade can provide. Just look at the practice - in China, India, Brazil, South Africa and all across the emerging world. The economies that have opened up have reaped the rewards.

Finally, a WTO deal on trade facilitation will be an important factor to make trade work for developing countries. Improving custom procedures by computerisation, cutting red tape, and simplifying rules and documents makes doing business more predictable and helps goods move faster across borders. Studies suggest that the cost of doing so would not be more than €10 million per country. But in Sub-Saharan Africa alone, an average 5% reduction in time spent at the border could achieve a 10% increase in intra-regional exports. In some African countries, revenue losses from inefficient border procedures even exceed 5% of GDP. If an exporter cannot say for certain when his products are going to get to customers then he is going to lose business. Lack of transparency - especially with respect to fees - creates high transaction costs.

With this in mind, the EU is actively working with other partners to secure a WTO Trade Facilitation Agreement for the WTO Ministerial meeting in Bali in December this year. We need everyone to get behind such a deal. Because Aid for Trade will work so much better if all WTO Members commit to making the necessary policy reforms. At the same time, any deal on trade facilitation will be impossible to implement on the ground without the right financial support – so this is also an opportunity to make the case for continuing support to Aid for Trade.

But we know that the story doesn't end there. If we want to see further results we need to be there as partners for development over the long haul. It is only through a collective effort to deliver a well-funded, effective policy that we will achieve our objective: to see developing countries, particularly the poorest amongst them, make the most of globalisation. As far as the European Union is concerned, that means at both Member State and European level we must therefore do our very best to maintain these levels of commitment. I certainly am ready to do so.

One response to “Karel De Gucht: Helping developing countries trade their way out of poverty”