Quality medicines for all 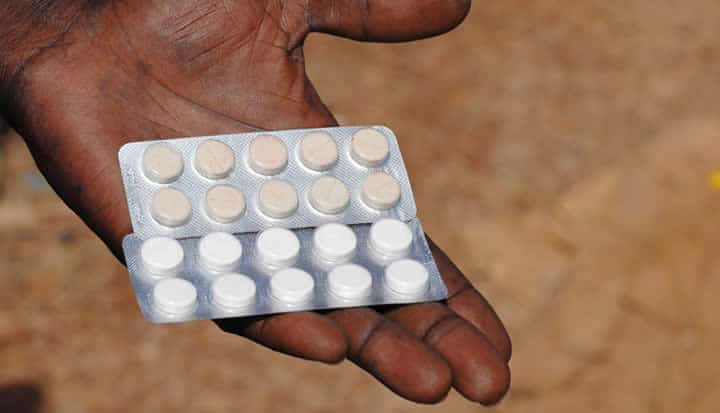 
Ensuring that patients in the developing world get access to the medicines they need remains an unfulfilled desire. This is true in spite of the significant progress over the last decade in providing treatment to poor people suffering in particular from the “big three” pandemics, HIV/AIDS, malaria and tuberculosis. The reasons for this access gap are manifold, which points at a need for multiple responses by a diverse set of actors: policymakers, businesses, civil society at large, as well as development partners at national and international levels alike.

The indispensable role to be played by public health agents in alleviating the access challenge cannot be overestimated. Deficient public health systems in general, and deficient medicine distribution mechanisms in particular, but also institutional weaknesses (notably on the part of drug regulatory authorities), medicines pricing and procurement issues, and the inappropriate use of medicines at the patients’ end, all bear witness to this need.

Recent years have, however, also seen a rise in the number of players who advocate the local production of pharmaceuticals (LPP) in developing countries as one valuable means to achieve access improvements. A good part of the pertinent and lively debate has focused on Africa, which imports an estimated 70% of its overall medicines needs from outside. What prompted this interest in the LPP agenda? And why would a stronger local pharmaceutical industry benefit African patients?

Why support pharmaceutical production in Africa?
From a public health perspective, the quality, safety and efficacy of medicines that comply with the demands of availability, acceptability and affordability at the point of need are the keys. While no one would seriously question these fundamental considerations, industrial development agents refer to the favourable economic effects (e.g. employment, income or foreign exchange gains and technology spillovers) that a dynamic pharmaceutical industry in Africa can potentially bring about. Presently, only a miniscule portion of the billions of dollars made available for the procurement of international medicines – e.g. through the Global Fund to Fight Aids, Tuberculosis and Malaria (GFATM) – finds its way to African suppliers. In addition to the frustrations voiced about this state of affairs by local manufacturers, this fact has also raised concerns at political levels about the risk of a perpetuated dependency on outside sources for the supply of medicines.

Of late, public health and industrial development views on LPP seem to be converging. Under certain conditions – the argument goes – LPP can in fact positively impact health and development goals at the same time. Medicines produced in closer proximity to patients may quite practically improve the continuity of supplies and mitigate stock-outs. It is also likely that local production would increase the chances for better oversight, quality control and assurance by severely constrained drug regulators, thereby helping to stem the currently observed spread of sub-standard and counterfeit medicines. More generally, a growing share of locally produced medicines could help prepare the ground for sustainable supplies beyond the present ‘era of donations’, which may not last forever. Indeed, funding constraints in the wake of the global financial crisis are starting to be a threat, as illustrated by the recent cancellation of Round 11 of the GFATM.

In view of the many constraints that African pharmaceutical manufacturers face as they strive to supply quality, essential medicines at competitive prices, fostering LPP is anything but an easy undertaking. The challenges begin with the frequently observed disconnects between public health and industry/trade policies, and also – for that matter – between these and science and technology policies, resulting in incoherent policy measures and an absence of a level playing field between local producers and importers. At the institutional level, weak capacities and deficient service providers are further impediments to the manufacture of quality medicines. This holds true with regard to national drug regulatory authorities, medicines testing labs, bio-equivalence testing facilities, adequate training entities and business membership organizations, such as pharmaceutical manufacturers’ associations. At the same time, plant-level viability is undermined by human resource shortcomings, lack of access to finance for the upgrading of facilities and processes to reach international quality standards, such as current Good Manufacturing Practices (GMP), and by the need to import raw materials, active pharmaceutical ingredients, packaging materials, labels and most other inputs.

Needed: a holistic approach
Commercial viability and quality compliance considerations must guide any effort to further promote Africa’s pharmaceutical industry. The complexity of the challenges implies that it is best to adopt a holistic approach to the sector’s development. Such an approach requires parallel and well-coordinated action at policy, institutional and industry levels alike. It also needs to accept that, in spite of its tiny share in the global context – a mere 1.5% or so, pharmaceutical production in Africa has been a reality for many years. An estimated 38 countries have production capacities, albeit displaying large variations in terms of size and the number of companies, quality adherence and in the strength of regulatory oversight. Regarding sub-Saharan Africa (SSA), just one country – South Africa – accounts for 70% of production, and just three others – Ghana, Kenya and Nigeria – together represent a further 20%. While there ought to be room for commercial success beyond these relative ‘heavyweights’, a quest for LPP in each and every country would, in turn, appear unrealistic.

A UNIDO advisory and capacity-building project, initiated in 2006, is helping to create an operating environment that allows pharmaceutical manufacturers to better meet the competitiveness challenges. The intervention, which focuses on SSA, has shown that the commercially viable manufacturing of quality pharmaceuticals is possible. ‘Standard’ references to the minimum production volumes – such as 1.5 billion tablets per year – needed to allow for economies of scale may be less relevant than at first thought. UNIDO research implies that issues to do with efficiencies of production are probably much more important and key to competitiveness. To lift companies up to the requisite international quality levels, a ‘carrot and stick’ model is needed. This would link incentives, and other government support, to strict timelines for adherence, adopting a GMP roadmap approach.

The AU Pharmaceutical Manufacturing Plan for Africa
The African Union Commission (AUC), in partnership with UNIDO, has prepared a business plan for the accelerated implementation of the Pharmaceutical Manufacturing Plan for Africa (PMPA), endorsed by African Union Heads of State in 2007. The business plan advocates a comprehensive approach to the pharmaceutical industry’s development on the continent, and its implementation will require inputs and support from many sides. Partnerships of varied kinds – e.g. public-private, North-South/South-South, commercial, corporate social responsibility-related or nonprofit ones – will be key to its success, as will be an ongoing political will at the highest levels to align a multitude of parties to the PMPA’s vision.

Demographic factors, evolving disease patterns and overall economic growth projections for Africa mean that the macro prospects for the pharmaceutical industry’s development in Africa are intact. If an operating environment can be set up that requires – and enables – high-quality production to be the norm, previous notions of an inherent tension between public health and economic development objectives in supporting LPP will have been overcome for good. LPP will then contribute its share in providing “quality medicines for all”.

This post was previously published in MakingIt Magazine, and is reproduced with permission.