How to end poverty? The Private Sector is Part of the Solution 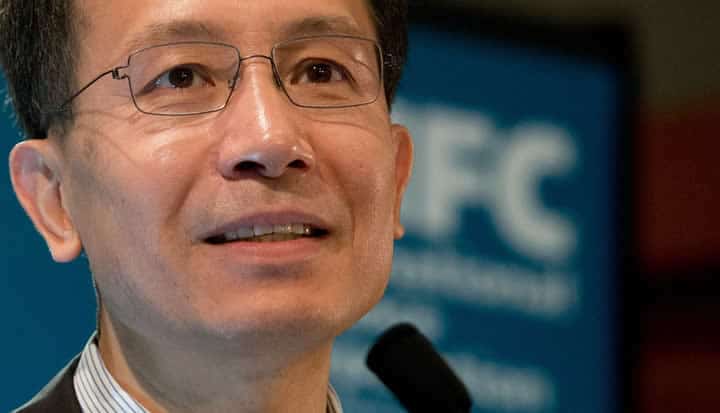 How to end poverty? The private sector is part of the solution


Four years after the global financial crisis struck, the world still faces major economic challenges. Shocks from Europe, Asia, or the United States could undermine recoveries in many developing countries, hurting the poor the most.

The threat is acute in Sub-Saharan Africa, where nearly half the population still lives in poverty, and many countries remain mired in conflict. I saw the region’s challenges—and promise—firsthand in the days after I became CEO of the International Finance Corporation (IFC), a member of the World Bank Group that focuses exclusively on promoting private sector growth in emerging markets.

I believe sustainable private sector development is an essential component of any lasting cure to the scourge of poverty. Consider just one example: IFC’s $12 million loan to the Kenya Tea Development Agency, our first since I became CEO in October.

In Kenya, tea exports generate more than $1 billion a year in foreign-exchange earnings, benefiting 10 percent of the population. IFC’s loan is helping the world’s largest producer of black tea build a 200,000-square-foot warehouse in Mombasa, expanding its storage capacity and generating new opportunities for the more than half a million small tea farmers who are shareholders in the agency. The result: higher living standards, increased revenues, and more stability in a sector that provides over two-thirds of the region’s jobs.

In my new position, I’ve started to travel around the world—to Haiti, Kenya, Senegal, and remote regions of China—to see the impact that companies like the Kenya Tea Development Agency can have, and also to see what still has to be done.

Amid the uncertain global economic picture, the start of 2013 is an important time for stocktaking in the world of development. The World Bank Group, under the leadership of President Jim Yong Kim, is in the midst of a major rethinking on how it can be more effective and deliver on some of the greatest challenges of our time: ending extreme poverty at a much faster rate and also expanding shared prosperity that lifts vulnerable populations and provides good jobs for them. Those changes—including ongoing discussions at IFC—will be announced in the next several months.

The world’s development needs are urgent: 600 million jobs must be created within a decade just to keep up with population growth, 1 billion people go hungry every day, and nearly 1.3 billion scrape by on less than $1.25 a day.

Our World Development Report this year focused on jobs, and it found that 90 percent of employment in the developing world is created by the private sector. As public resources grow scarce, developing countries are turning to the private sector with more urgency to create jobs and expand their economies. They are looking to international institutions to mobilize private capital for development, particularly in fragile and conflict-affected countries. In these markets, where typical private sector investors are too often reluctant to deploy capital, IFC is willing to take greater risks, demonstrating the benefits of investing in tough places.

Our ability to do more, of course, depends on our ability to remain profitable. Every dollar of profit we make is reinvested directly in developing countries—or in the International Development Association (IDA), the World Bank’s fund for the poorest. Since 2007, IFC has contributed more than $2 billion to this World Bank fund. We have also quintupled our own direct investments in these low-income countries—to nearly $6 billion in 2012. Our model is truly a virtuous circle.

For more than half a century, IFC has been a leader in emerging markets, providing capital and advice that have helped build prosperity and eradicate poverty. We actually coined the term “emerging markets.” This is our specialty. Backed by a capital base of just $2.4 billion from our 184 member countries, we have invested more than $125 billion in developing countries since 1956, improving the lives of millions.

Still, we must now make sure our finite resources are used in the most effective, targeted way possible in the developing world. If we become more effective, if governments create better business environments, and if the power of the private sector is more fully unleashed, the world will know. Families will earn more. Children will stay in schools. And the shameful number of people living in the worst kind of poverty will shrivel up.

3 responses to “How to end poverty? The Private Sector is Part of the Solution”