Is Pakistan Really Open for Business? 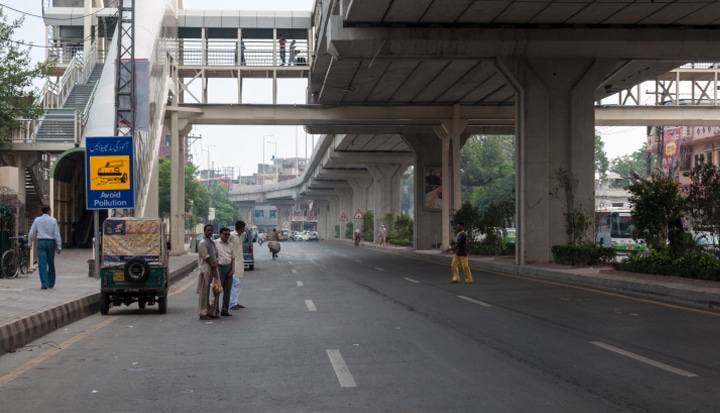 Is Pakistan Really Open for Business?


After my first trip to the country last week, I’d say a resounding yes. And I’d also say that in the long-term, it’s business that will lead Pakistan to prosperity. But that means investment – and, despite the country’s impressive progress in recent years, international investors in Pakistan are in short supply.

The Economist recently declared that Pakistan “is enjoying a rare period of optimism” – and I can see why. Pakistan is a country with ambition and a vibrant entrepreneurial spirit. The population is young, the middle class is growing (albeit from a small base) and consumer demand (so vital for businesses to flourish) is rising.

The civilian government has worked to narrow the gap between government spending and revenues, which at just under five per cent is nearly half the figure of three years ago. Inflation has been halved too – currently around three per cent and a privatisation programme is underway. Just this week the IMF approved a new loan to Pakistan praising its improved economic resilience. By any measure this is progress indeed.

One of the forces at work is the entrepreneurial drive of Pakistani business people returning home with successful careers in the west under their belts. These are men and women with dynamism, great ideas and the imagination to spearhead their country’s development. For example, we met an inspiring team that recognises the commercial potential of using technology and online platforms to revolutionise traditional sectors such as retail and textiles. We were impressed too by the team’s determination to tackle the challenges of environmental management and corruption, not least because attaining internationally-recognised standards is good for business and can help attract investment.

So with all this good news, why is Pakistan still struggling to attract investors? The answer is the same, familiar story: a mix of perception and reality that act like a flashing “keep out” sign for commercial investors.

The problems of weak transportation and infrastructure – especially the dire lack of power – are compounded by a reputation for security issues. And when it comes to registering property, getting credit, enforcing contracts or dealing with construction permits, Pakistan lingers fairly low down international ranking. Everywhere we went, we saw the profound difficulties for businesses, communities and families

Pakistan is a poor country. Nearly 50 million people – nearly a quarter of the 190 million population - live below the poverty line, over half in rural locations. Health is a major issue and socio-economic indicators for women are among the lowest in the region. There’s growing urbanisation but it’s slow. Education standards and literacy are improving – but again, it’s slow. .

Even so, my impression was still of a country with real potential. Over the past six years the administration has earned a growing pro-business reputation. There have been much-needed legal and regulatory reforms and the direction of travel is encouraging.

The IMF predicts economic growth of nearly five per cent next year. That’s good news, of course. But growth of between five per cent and seven percent needs to be sustained for many years. To make that happen, Pakistan urgently needs investment.

Here at CDC, Pakistan is very much on our horizons. We see the potential and we’re seeking out ways of driving investment into the country.

Our mandate is to invest to build businesses and infrastructure so that jobs can be created, driving economic growth through the private sector. In the long-term we want to show that countries like Pakistan are great places to do business.

We recently invested US$122 million in Habib Bank, Pakistan’s largest bank and one with a commitment to service new markets (including agriculture and infrastructure) as well as the development of internationally credible environmental, social and governance standards. Additionally it will help fund a dairy farming financing scheme, support small and medium sized enterprises, and accelerate the provision of microfinance, which is sorely needed to get micro and small businesses off the ground.

We’ve also just invested US$35 million in a 102MW hydro-power plant to help tackle the severe power generation deficit – one of the most intractable drags on the Pakistani economy. Power companies have to implement rolling black-outs that average between six and eight hours a day and can exceed 15 hours in rural areas. And on top of that, power is expensive in Pakistan - 50 - 60 per cent higher than in India or Bangladesh – and that’s with government subsidy. Most businesses need a back-up power supply and so diesel generators are everywhere. But they’re very expensive and power represents a disproportionately high cost of doing business. So investing in power is critical for Pakistan.

We’re confident that in time these – and other – investments will contribute to the sustainable growth of Pakistan. But it’s nowhere near enough. Pakistan is 68th out of 108 in the league table of foreign direct investment: better than Rwanda or Kenya, but still below Vietnam or Nigeria. Pakistan needs more investment and more capital.

CDC has been putting much-needed capital to work in the poorer countries of the world for nearly 70 years. We know that development finance institutions like CDC can help create confidence in countries usually passed over by the big investors. And confidence is one of the first crucial steps.

One day, Pakistan’s impressive entrepreneurs will have the capital, support and investment they need to bring those great ideas to fruition. In the meantime, CDC will play its part to show not only that Pakistan is open for business, but that business can drive development where it’s most needed.