International Development – The Role of an Enabling Business 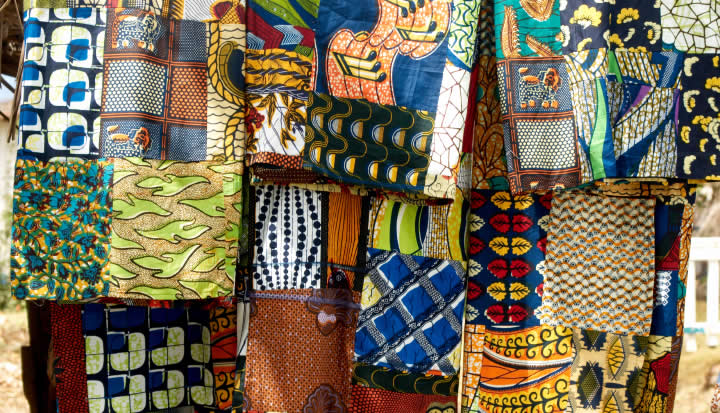 Global law firm Herbert Smith is currently engaged in a transatlantic experiment, one that is connecting lawyers from our London office with the Government of Sierra Leone. The experiment is designed to answer a question about what professional services firms can do to help developing countries grow out of poverty. Without access to the distribution networks of a consumer products company, without the technological footprint of a telco, and not being involved directly in the provision of critical services like energy supply, healthcare and food production, what is the role of what we might call an enabling business? What is the role of a law firm in the field of international development, and indeed should it even have a role?

As a firm with one of the leading Africa practices in the world, having advised clients on numerous matters across the whole of the African continent over the past 30 years, we were convinced that it was right to extend our approach to corporate responsibility (CR) beyond the communities where we are physically located, to those communities where we are operating day-to-day. As to whether we should have a role, it also seemed clear to us that law firms and lawyers can contribute a unique set of skills and experience to the process of sustainable development, ask difficult, but important questions, and apply rigour and transparency, even if our contribution is not always visible.

Two years ago, one of our corporate partners, Gavin Davies, came to me with a challenge. He was about to go on a three month sabbatical. Eschewing the prospect of three months on a golf course his challenge was seemingly straightforward: 'What should I do with my time?' He knew he wanted to make a contribution, preferably in a development context, but wanted to exercise his skills to best effect. Whilst the firm has a long history of contributing pro bono services to members of the public and local and international NGOs, (GBP£2.5m of free legal advice was contributed in 2010), it's rare that we get an opportunity to consider how to deploy the skills and experience of a senior partner like Gavin for an extended period of time. Ironically it was not that easy to identify an opportunity in such a niche area and where perhaps it is more traditional for people to spend time teaching English to school children or building houses.

We were fortunate in having identified the Africa Governance Initiative (AGI) – an NGO supporting government capacity building projects in Liberia, Rwanda and Sierra Leone – as a project partner. Working with the AGI, we identified an opportunity for Gavin to work directly with the Government of Sierra Leone. Since the end of its civil war 10 years ago, Sierra Leone has been a benchmark for global poverty. Whilst it remains a poor country, it is sitting on vast natural resources and has some of the best beaches in the world. These and other factors could help rejuvenate the country, but they need to be exploited carefully. The country rightly wants to benefit from the interest of outside investors, but we were told that the government legal team does not always have the capacity to provide a full service. This lack of capacity means the government may be entering into deals that are not necessarily for the country's long term benefit.

From spring 2010 Gavin spent two and a half months on a pro bono placement with the Government, advising on various aspects of international investment into the country and building some important lasting relationships along the way. On Gavin's return to the London office a number of things were clear. Whilst the feedback from the Government was positive, two and a half months was simply not long enough to make a really substantive difference. It was also clear that many others within the firm were inspired by Gavin's contribution and were interested in getting involved. Finally, we felt quite strongly that having secured the groundwork and built credibility and support within the government, it would be a waste not to try and somehow continue the partnership we had initiated.

In September 2011 we officially launched our free legal assistance facility for the Government of Sierra Leone. The facility provides a commitment for a minimum period of one year and is to be used by government officials and departments primarily involved in delivering the government's inward investment strategy. We felt it important to focus on matters where our expertise could be used to best effect, principally where the government is reviewing complex agreements with external investors or in developing processes that will help build long term capacity in this area.

Key to the success of the facility thus far has been the contribution made by Daniel Hoyle, a senior associate from the firm's disputes division, who was able to secure some extended leave from the firm and has been seconded to the Attorney General's office in Freetown for six months. Dan has since been able to secure the support from many other lawyers at the firm. In a short space of time our people have been involved in advising on a range of matters including joint venture agreements relating to the exploitation of natural resources, projects supporting the development of critical energy infrastructure, the establishment of pharmaceutical distribution networks, the building and managing of hospitals, water and environmental regulation, and disputes for breach of contract.

Dan's secondment is drawing to a close in early March and as Sierra Leone is warming up to an election year we are in discussion with the government about options for the next stage of the facility. We are reflecting on the challenges of providing such a facility and the lessons we have learned, from building and sustaining trust within key government departments, to adjusting to a different pace and the more practical challenges of intermittent electricity supply and internet access. However, despite this we are clear that it is making a difference and that we want to continue. We believe our contribution to date is providing examples of best practice that the government will be able to deploy even after our official role has come to an end. We also believe that whilst we don't necessarily build the roads, the power plants and the health facilities, we are providing a much needed service that helps all of these things to happen and ensures they are sustainable.

One response to “International Development – The Role of an Enabling Business”