Inside IKEA: A Furniture Store on a Social Mission 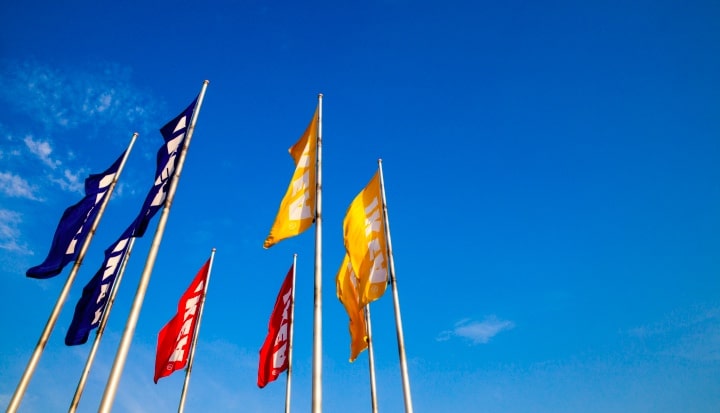 The big blue and yellow storefront is unmistakable in more than 50 countries. While distinctly Swedish, IKEA has a long and rich history in Switzerland. Now it is trying to rally other companies in the country around gender equality. Will they listen?

The big blue and yellow storefront is unmistakable in more than 50 countries. While distinctly Swedish, IKEA has a long and rich history in Switzerland. Now it is trying to rally other companies in the country around gender equality. Will they listen?

Since 1943, IKEA has transformed living rooms and the shopping experience in countries as diverse as China and the Dominican Republic. But, the company wants to be known for much more than the Billy bookcase and large blue shopping bags. According to Ina Rhöös who works at IKEA Switzerland, “people don’t dream about working at IKEA because they can’t imagine selling sofas every day. But, the company is so much more than that”.

She and her colleagues, Markus Müller and Claudia Willvonseder, are part of IKEA Switzerland’s 3,000 “co-workers” – the term itself is a nod to the company’s egalitarian principles.

From its colour palette to the meatballs served at the restaurant, there is no denying the company’s Swedish roots, but IKEA has earned a special place in Switzerland. The first store outside of Scandinavia opened in Switzerland in 1973. IKEA founder Ingvar Kamprad, a long-time resident of Switzerland, famously said “if it can work in Switzerland, it can work anywhere”.

And, work it did. There are now nine stores in Switzerland and the company generated sales of CHF1.1 billion ($1.1 billion) last year.

IKEA career pathways look a lot like the layout of an IKEA store: far from linear.

Rhöös, who grew up in Sweden, came to Switzerland for the first time as a floorball player.

“I applied for 80 jobs and was rejected by all them,” she says. “My German wasn’t good enough at the time.” She finally got her CV in the hands of someone at IKEA who told her to apply to any open position just to get into the company.

She applied for a cash line administration position, but it was clear in the interview that it wasn’t her dream job. They offered her a job as a sales trainee, which she did for a year before switching to human resources.

She now works as a diversity and inclusion manager in IKEA Switzerland’s headquarters in Spreitenbach, spending her days on everything from interviewing candidates to leading subconscious bias trainings for employees to fielding calls from other companies who want to learn more about IKEA’s approach to diversity and inclusion.

Müller’s 25 years at IKEA were also full of twists and turns. His first job as the group leader for workshop no longer exists at the company. Then he moved on to be team leader for kitchens, worked in the US helping open stores in places like New Jersey, and he is now the head of business navigation and operations in Spreitenbach. Müller explains, “I now work in finance, but I never studied finance.”

How does the company recruit if people are hired for positions they don’t even apply for? Rhöös says they look for values over competence.

“You can learn skills on the job, but you have to really live the values of the company.”

When Müller joined the company in 1994, he had just returned from traveling in a song and dance troupe with more than 22 nationalities. “I was looking for a company that cared about traditions but didn’t care where you came from, your religion, or your sexuality,” he says. IKEA was a perfect fit.

Globally and in Switzerland, IKEA has been championing political hot-button issues like transgender rights, paternity leave, and employment for refugees and migrants. The company doesn’t just talk about diversity and inclusion as nice concepts but lives and breathes it in everything from its office layout to its language and choice of office holiday celebrations

As a result, IKEA Switzerland has earned its share of admirers. The company is one of few that has equal representation of men and women in management and achieved equal pay at all levels of the company – some of the factors that helped it become the first company in Switzerland to earn the highest gender equality certification known as EDGE.

But IKEA has also made missteps: it faced a public backlash from an advertisement in China that critics said portrayed single women in a poor light. IKEA Switzerland management also admitted that sexual harassment cases do occur within its workforce.

And for many Swiss, some of the values that IKEA espouses are unsettling, says Müller, who is from the 2,000-person town of Unterkulm in Canton Aargau in northern Switzerland.

“The Swiss tend not to be very open-minded,” he says. “Punctuality, tradition, quality – these have all made Switzerland what it is. We worked hard for that and some of the fears about opening up to foreigners or different groups, is that the country won’t be able to safeguard this.”

Simona Scarpaleggia, the Italian-born IKEA Switzerland CEO, has made gender equality a priority, a message she has been carrying across Switzerland at events and media interviews. She spoke with swissinfo.ch about gender representation at the 2019 World Economic Forum.

Scarpaleggia and her staff are working to create a culture where people feel they can take advantage of company benefits such as eight weeks paternity leave, without feeling like they will suffer professionally.

Before becoming Deputy Country Manager in Switzerland, Willvonseder worked at IKEA in Germany as well as in the global organisation as the Chief Marketing Officer (CMO) for many years. She has two children and says that one of the signals to colleagues of how serious the company takes these policies is when “men stand up in a meeting at 4pm and say they have to go home to pick up their kids from kindergarten. There is no stigma for mothers or fathers”.

Is this an efficient way to run a business? Willvonseder says that some of the top-performing IKEA stores have people who are job-sharing so that they can be home with their families. Others jump on their computers in the evenings to finish up work. “You have to trust the person that the job will get done,” she says, adding that the return on investment comes through retaining good employees.

Both Müller and Willvonseder agree that the biggest misconception about IKEA is that the furniture is cheap.

“In Switzerland, IKEA was what you had at university,” Müller says. “When you had a job, you’d have something higher quality.” He notes that people used to laugh at the company for its mass-produced, DIY approach to furniture.

But few are laughing now, with more than 780 million people visiting IKEA stores around the world every year. Willvonseder says that creating affordable furniture for the masses is a part of the company’s democratic design ethos and the founder’s original vision.

IKEA employees know they can’t sit back and bask in the company’s success. Amid rapid changes in the retail sector, the pressure on natural resources including deforestation, plastic waste and water usage are all big concerns, says Müller.

Anyone who has shopped at IKEA knows the all-too-common phenomenon of leaving the store with items – a picture frame, a new starter set, or a plant –- that weren’t on the shopping list. That makes it difficult to argue that the company is supporting sustainable consumption habits.

IKEA is trying to counter this by considering the use of resources in a new light. Müller explains that “we use the part of the birch tree that is often passed over by other furniture companies”.

The company has also started the “second life” program where people can bring back furniture within 10 years for recycling and receive a voucher or other rewards. Müller says the company is also piloting a furniture rental option with the goal of extending the life of its products.

This article was first published on SWI swissinfo.ch​ and is reproduced with permission.

Inside the Multinationals Series

This article is part of a series on what it is like to work for a multinational company in Switzerland. Multinationals play an important role in the Swiss economy, but for many people, the companies can seem like islands of concrete buildings or campuses full of foreign workers. This series aims to uncover what it is really like to work at these companies and to explore the issues faced by their employees.