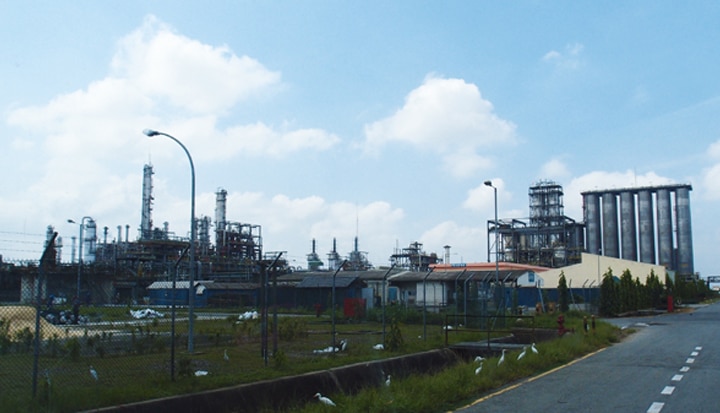 
In 2006, the Indorama Corporation acquired the Eleme Petrochemicals Company (IEPL) from the Nigerian National Petroleum Corporation, as part of a government-led privatisation programme. Indorama is an Indonesian-based manufacturer of petrochemicals and associated downstream products that operates in 19 countries.

Located just outside Port Harcourt in the Niger Delta, IEPL is a 360 hectare site, with polyethylene and polypropylene production facilities. The site is currently being expanded to include a new urea-based fertilizer plant. Since acquiring IEPL, Indorama has made significant improvements to many areas of the business, including increasing production. However, some of the greatest strides that have been made are in the environmental and social (E&S) standards at IEPL. This has included both improving community relations and implementing a number of health and safety management systems.

Nigeria is the largest country in Africa by population, with 158 million people1. Although oil-rich, the country faces numerous developmental challenges, including high unemployment, particularly amongst youth. While numerous reforms have been undertaken over the past ten years, the Niger Delta region has consistently been the focus of social unrest and environmental degradation. The area accounts for 90% of Nigeria’s oil revenue and the conflict between the local communities, oil companies and the Government has meant that there are significant environmental and social risks for businesses operating in the region.

“It has been a long journey for Indorama over the past eight years,” said Munish Jindal, Director of Finance at IEPL. “While there were many processes in place, we needed to improve environmental and social standards. The support provided by our investors has been important,” he added.

COMMUNITY RELATIONS IN THE NIGER DELTA

When Indorama acquired IEPL, it faced considerable challenges with regards to community relations, which were typical of other companies operating in the Niger Delta.

Many companies hired workers from outside the local communities, which did little to address the issue of unemployment in the region. Furthermore, local communities felt they were not benefitting from the vast oil and gas resources within the region, given the level of exports, and with few economic or broader development benefits being delivered in the Delta. As a result, companies were faced with civil unrest and substantial security risks, which generate significant costs and operational hurdles.

Indorama’s response was not to simply increasing security, but to manage and reduce these risks by adding real value to the host communities. It achieved this by implementing the following business practices:

The company signed a memorandum of understanding with the local communities, which provides a detailed description of the community projects the company will carry out. This is crucial in terms of managing expectations (reducing the risk of rent seeking behaviour) and allocating responsibilities and accountabilities between the company and other stakeholders. The initiatives implemented by IEPL include scholarships, community development and health clinics. For example, each year the company awards scholarships to 15 students who are studying engineering in universities in Nigeria. IEPL also hosts social activities such as football tournaments, designed to allow employees to interact with community members.

As part of its ownership structure, IEPL also assigned 2.5% of company shares to employees, which is managed by the employee unions. This scheme not only helps create alignment between employees and the company, but can also help attract, motivate and retain talented employees – one of the principal ways in which a commitment to good staff employment practices improves a company’s financial performance.

Indorama’s approach has resulted in strong working relationships with the local communities, which ultimately means that the company has: