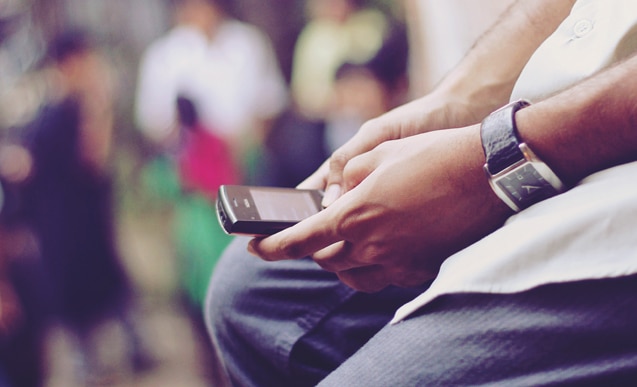 
Established in 1996, as a joint venture between Telenor Mobile Communications and Grameen Telecom Corporation, Grameenphone is today the largest mobile operator in Bangladesh.

Grameenphone has a significant workforce, with over 4,900 direct, full-time employees and thousands more employed through its vendor and distribution networks. The company recently rolled out 3G services for mobile internet, which will increase the quality and speed of internet available through its network.

With a population of over 160 million, 31.5% of which live below the national poverty line, Bangladesh faces numerous economic and development challenges. However, the country has also experienced steady GDP growth of approximately 6% over the past several years, and a marked increase in life expectancy and literacy rates(1). Like many parts of the developing world, this growth has increased demand for mobile phones, enabling Grameenphone to play an important role in Bangladesh’s economic development. Many Bangladeshis will access internet for the first time via mobile handsets, rather than on computers.

For Grameenphone, capitalising on this growing demand for mobile phone and internet does not mean doing business at any cost. Environmental and social (E&S) management is a core part of the company’s ethos and business strategy. The company has developed an exemplary environmental responsibility programme, as well as a robust system to minimise labour risks within its supply chain. It is also focused on improving access to cellular services in rural Bangladesh to give villagers the opportunity to generate income through self-employment.

Importantly, these initiatives are not only helping tackle environmental and social challenges in Bangladesh today; they are also creating value for Grameenphone and its stakeholders, and are a key part of the company’s competitive advantage.

In Bangladesh, insufficient power supply and outages remain a fact of life, and only 60% of the population has access to electricity.

As the mobile operator in Bangladesh with the widest coverage, Grameenphone has to generate its own electricity when it builds mobile phone base stations in areas where commercial power is not available. Using generators that require oil and diesel has significant adverse environmental impacts, as well as exposing the company to unpredictable and potentially escalating operational costs.

Notably, Bangladesh remains one of the most vulnerable countries in the world with regards to climate change and the associated extreme weather events, such as cyclones and flooding.

Within this context, Grameenphone believes it is the company’s duty to be a responsible corporate citizen, which led to the development of its environmental and climate change strategy in 2007. Given Grameenphone’s size and profile within Bangladesh, this initiative is now a key part of the company’s value proposition.

5. Providing green services to its customers.

The strategy includes targets to reduce CO2 emissions by 40% between 2008 and 2015, as well as introducing environmental management systems, and cutting paper, electricity and water usage on its premises.

As part of Grameenphone’s environmental and climate change strategy, the “Building a Greener Network” programme is a 'roadmap' that seeks to transform Grameenphone’s network and office building with environmentally friendly solutions and reduce carbon emissions by saving energy and fuel consumption.

The benefits of the programme to Grameenphone’s business are notable and extend beyond the positive impact on its reputation and ability to conduct business effectively. Some of the key achievements include:

Installation of solar power tower sites: 500 solar hybrid power sites have been installed to date, replacing generator sites. Grameenphone estimates that it will reduce CO2 emissions by 5,400 tonnes per year and will save 2.04 million litres of fuel annually, lowering the company’s costs over the long term. As a result of the solar towers, the company increased its consumption of green energy by 138% from 2012 to 2013. In addition, by limiting its dependence on national electricity, the company is able to ensure uninterrupted services, which leads to increased customer satisfaction and retention positively impacting its revenues.

Core site consolidation and optimisation: the company has reduced the number of core site locations from 22 to 14 and installed energy efficient equipment, which has saved approximately 400,000 litres of fuel and 11 GW-Hr electricity over the past few years. This amounts to approximately 7,000 tonnes of CO2 reduction per year.

Rainwater harvesting: The company has developed a rainwater harvesting and treatment system at its offices, to reduce its consumption of ground water. This has saved an estimated 12 million litres of water per year.

Recycling of electronic waste: Following the modernisation of its network, Grameenphone recycled more than 2,000 tonnes of electronic waste. The recycling was carried out in accordance with international standards, by licensed recycling companies and resulted in 98% of the e-waste being available for reuse.