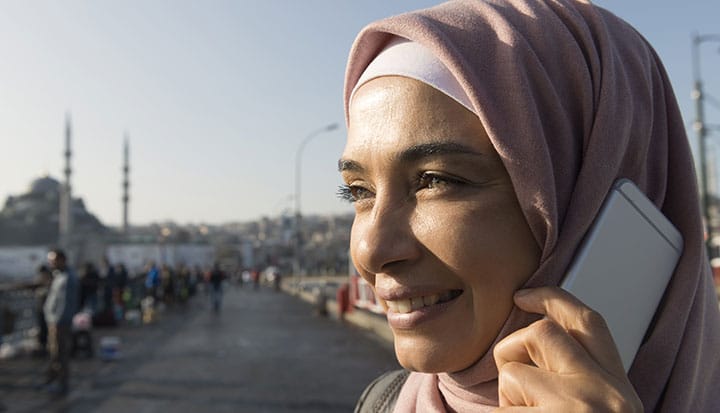 Taking a different perspective can turn the moral problem of migration into an economic opportunity – not just for migrants and refugees, but also for host country private sector and governments. Inclusive business, which works to include those living at the BOP as consumers, suppliers, and employees, can lead the way.


Whether voluntary or forced, migration trends indicate an increase in flows which require urgent, innovative responses. The estimated numbers of international (across country borders) and internal (within country borders) migrants are 244 million and 740 million respectively, representing one seventh of the world’s population. Migrants move predominantly for voluntary reasons, but 65 million are forcibly displaced, including 22.5 million refugees. These staggering migration figures paint a picture of uncertainty and doubt, and for the forcibly displaced and refugees, extreme human suffering. Instinctively, socioeconomic problems come to mind: can these migrants and refugees integrate in their new places of abode? Is the state infrastructure in host countries able to absorb and support them? And, critically, will they find work?

Taking a different perspective can turn the moral problem of migration into an economic opportunity – not just for migrants and refugees, but also for host country private sector and governments. Inclusive business, which works to include those living at the base of the economic pyramid (BoP) as consumers, producers, suppliers, distributors of goods and services and employees in business value chains, can lead the way. Such an approach provides a more sustainable solution than humanitarian aid programmes, which while responding to urgent and life-saving needs, only provide short-term fixes.

The majority of migrants are in search of work: 56 percent of refugees are located in Africa and the Middle East, and with both regions ranking first and second for highest populations under 30 in the world, they represent a demographic at prime working age. Migration and its favorable socioeconomic benefits for host countries are nothing new. But what persists in the public psyche are the problems: rules governing refugees and rights to labor access, public skepticism about their abilities, and a perception that migrants take more from their host communities than they contribute. This is often heightened in concentrated areas where migration flows into countries are unprecedented, like Turkey, Lebanon and Jordan with respectively 3.1 million, 1 million and 650,000 registered refugees. Despite this, it has been proven that labor migrants contribute more in taxes than they receive in benefits. Many research projects emphasize a recurrent trend amongst refugees and migrants: they need and want to work, and will endure the negative consequences of informal labor markets to obtain an income.

The current migrant and refugee crisis has shown us all the strength of human will. Whether individuals have left family to find work, or have fled for fear of persecution, war or even death, it demonstrates that as human beings, we are capable of great feats just because we have no alternative. Yet the aim for many is simply to obtain dignified work – a basic human right.

Migrants and refugees are both an untapped resource pool and a target consumer market. At the intersection between development and the private sector, inclusive business can bring socially powerful and economically prosperous gains.

Business Call to Action (BCtA) focuses on companies that combine development or humanitarian problems with economic gains, and has over 200 member companies that target people at the BoP. With 769 million people still living in poverty, and almost a billion-people driven from their homes due to conflict, disaster or economic stress, the evidence to support inclusive business models globally has never been stronger.

BCtA members are realizing the potential of refugees and migrants for their business. A change in perspective is occurring as refugees are being viewed as a valuable resource pool or consumers of goods and services. In refugee host countries like Turkey, inclusive business models are being adopted to integrate refugees as employees harnessing their skills in manufacturing. In Asia, low-income migrants and refugee communities are being targeted as technological consumers in areas with little to no access to electricity. New markets can be entered, portfolios diversified, and consumers grown but for the migrant and refugee, it can be much more.

Work for many migrants and refugees is not just ‘work’: it is a path for dignity, liberty and purpose. Inclusive business models are powerful not only because they provide a valuable source of revenue or employment but also, and even more importantly, because they contribute to the foundation of our human rights. Now is the time to renew the call to action for business to help solve one of the most pressing issues of our time.

Millions of people are driven from their homes every year in search of safe refuge. The world’s response to the “refugee crisis” remains inadequate and underfunded. In 2016, all 193 UN Member States signed the New York Declaration for Refugees and Migrants agreeing on a Comprehensive Refugee Response Framework. This Framework is based on a vision of shared responsibility whereby all sectors including business help refugees gain access to education, health services, housing and labor markets so they can become self-reliant and contribute to the communities where they live, temporarily or long-term. A number of companies have already been actively involved in supporting refugees by integrating them into their value chains as producers, employees, and customers.

This Challenge, supported by Pearson and in partnership with the United Nations Development Programmes' Business Call to Action and others, will explore strategies to address immediate and emerging priorities and challenges around business’ role in supporting a comprehensive refugee response. It will also look at the role external partners can play as part of their broader strategy for creating an enabling environment for business engagement. To get involved, please register here. If you would be interested in supporting this Challenge, please email us.