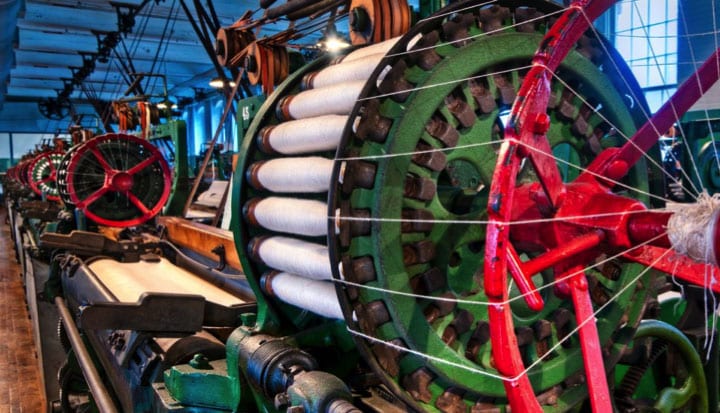 Reflecting on the past six decades of top-down approaches to poverty, limited by a fixation on aggregate wealth, Fundación Paraguay argue that the “Poverty Stoplight” programme offers a decidedly different strategy. Allowing families to self-diagnose their level of poverty and develop personalized strategies to overcome poverty permanently.


By Stephanie Manciagli, Specialist of International Replicas for the Poverty Stoplight at Fundación Paraguaya

Since the onset of the new millennium, there have been tremendous evolutions in human welfare. During the last two decades, development theories and strategies taken by international actors have integrated lessons learned from previous decades, recycling the themes that worked and discarding those that proved ineffective. While exact strategies have morphed over the decades, the key methodologies of addressing economic and social issues have continued to be distribution of foreign aid, international trade, trade blocs, debt-relief programs, and strategically maintained international alliances. Even with the best intentions, these practices seem to foster inequality and widen the gap between the rich and poor. In a narrowly focused track to economic growth, these strategies continue to ignore human development, leading to the perpetuation of poverty in developing countries, and often leaving middle and low income communities even more vulnerable than when they initially sought intervention.

Lessons from the past six decades of development strategies

Despite huge advances in human rights in the 20th century, Y2K commenced with 1.2 billion people worldwide still trapped in income poverty, living on less than $1 a day (PPP, US$). Within developing countries, more than a billion people still lacked access to uncontaminated water, and more than 2.4 billion people lived without adequate sanitation. 90 million children were not able to complete school at the primary level. And according to the2000 Human Development Report, “about 100 million children were estimated to be living or working on the street.” With this data in mind, world leaders convened, eager to address the persisting problem of global poverty. Under the platform of the United Nations, the Millennium Development Goals (MDG) were announced.These 8 goals, to be completed by 2015, were designed to ´´uphold the principles of human dignity, equality and equity, and free the world from extreme poverty.´´ The MDG strategy was praised for its efforts to hold all countries accountable to specific actions to be taken within a predetermined timeframe.

In this same period, there was a resurgence of modernization theory around the world, marked by an emphasis on industrialization and the embrace of Liberal economics. These approaches encouraged developing countries to apply their attention towards increasing aggregate demand. To accumulate national wealth and national savings, these theories proposed that industrialization was vital. Critics, such as economist Joseph Stiglitz, remain skeptical, noting that these figures may provide a “distorted view of the trends in economic phenomena.”

GDP mainly measures production, though it has often been treated as if it were a measure of economic well-being. Conflating the two can lead to misleading indications about how well-off people are and entail the wrong policy decisions.- Joseph Stiglitz

As modernization theory was popularized, so was support for globalization. Together,it was said, industrialization and trade would lead to economic development and growth. Millions would be lifted from poverty; hunger would decline; employment would rise.

Trade blocs have been pursued since the 1960s, particularly by middle-income countries, but have multiplied since 2000. During the World Trade Organization´s Doha Round meeting in 2011, trade became ´´the heart´´ of thedevelopment agenda. Reforms around agriculture, industrial tariffs, and services were determined, with ongoing annual negotiations to edit agreements and keep trade in line with current-day politics. Expanded global trade was touted to be the new and improved, fool-proof path to wealth and productivity, with scholars promising that developing countries should not only participate, but benefit. But still, extreme poverty persisted. As of 2012,the World Bank estimatedthat 767 million people still lived on less than $1.90 a day.[7] The World Health Organization reported the same year that 663 million people — one in 10 — “still drank water from unprotected sources.”

So, with the MDG´s predetermined to end in 2015, the United Nations recommitted to development in 2012 at the Rio+. These goals would come to be known as the Sustainable Development Goals. Bearing in mind the principles put forth in the Charter of the United Nations, these SDG´s are designed to consider economic, social and environmental factors that will contribute to a healthy planet for generations to come. A visual representation of the United Nation’s 17 SDG’s, retrieved fromhttps://goo.gl/TTuDh8

Awidespread critique of the SDG´sis that there are too many goals. With 17 goals proposed and 169 targets, it seems inevitable that while each may be addressed, deep impact across targets is an unlikely outcome. Real change requires deep-dives and perhaps, critics claim, development efforts would be better suited in making significant progress in a few areas rather than paltry progress in many. With low-income and middle-income countries possessing vastly different priorities and capabilities, theSDGs may be remissin designing uniform goals meant for all countries. Moreover, while the SDGs top-down approach has identified a way to catalyze governmental action and activate the private sector, a clear call-to-action for the third sector is missing.

If we have learned anything from the shortcomings of the past six decades of development, it is that cohesion and collaboration between sectors is critical. Due to the multifaceted nature of economics and development,no single remedy can be assigned to resolve the aforementioned challenges. Certain steps are clear, though.The ingenuity, talent and drive of civil society must be explicitly identified and leveraged in tandem with existing programs such as the SDGs.

We need a paradigm shift.

In contrast to the past six decades of top-down approaches to poverty, limited by a fixation on aggregate wealth, programs such asFundación Paraguay’s“Poverty Stoplight” offer a decidedly different strategy. Recognizing that poverty is multidimensional and affects every family differently, thePoverty Stoplightallows families to self-diagnose their level of poverty and develop personalized strategies to overcome poverty permanently. By carefully measuring and monitoring poverty at the local level, the Poverty Stoplight is not only collecting data on global poverty but also activating the capacity of the poor to become agents of change in their own lives. The 3 levels of indicator #7 “Access to safe drinking water” of the Poverty Stoplight.

Unlike so many other metrics, the Poverty Stoplight empowers families to be the principal protagonists in the process of eliminating poverty. By speaking directly with people who are living in poverty conditions, families are enabled to map out their needs and navigate a way out of poverty. Even more, the program’s approach has been designed so that it be replicated by any organization that seeks to be an actor in eliminating poverty, be it organizations, businesses, social entrepreneurs or governments.

As a metric and a methodology, the Poverty Stoplight is a survey (harnessed by technology) that that is divided into 6 dimensions and 50 indicators. Each indicator uses simple images and definitions that represent, in a specific local context, what it means to be extremely poor (red), poor (yellow), and non-poor (green). By deconstructing the overwhelming concept of poverty into smaller, manageable problems that can be solved through actions, the Stoplight makes invisible phenomenon visible. After completing the self-assessment, the methodology generates poverty elimination plans (life maps) that go beyond mere subsidies, seeking to provoke changes in the typical patterns that create and sustain poverty. Such a practical and intuitive information highway has rarely been seen between poor families, who are often no more than data sets, and the organizations dedicated to helping them.

Successful development programs, such as this, demonstrate an understanding that many indicators shape a family’s well-being in regard to economic and social prosperity. This holds equally true for countries. After decades of misguided development approaches, it would behoove actors across sectors to take a multi-dimensional approach to analyzing and solving poverty.

Reflecting on the failures and successes of past development initiatives, it is clear that focusing on national wealth and Gross Domestic Product has proved ineffective in addressing the needs of the world’s most vulnerable people.Using GDP as a measure of development is simply inadequateas this measurement does not efficiently capture well-being. Moreover, while grandiose international strategies are critical to the progress of human development, it is equally crucial that innovative actors continue the fight against poverty from the bottom-up.

Email[email protected]to learn more about how nonprofits, governments, businesses and social changers can implement the Poverty Stoplight in their communities.

This article first appeared on Medium and is reproduced with permission.