How Can We Strengthen Food Security In South-East Asia? 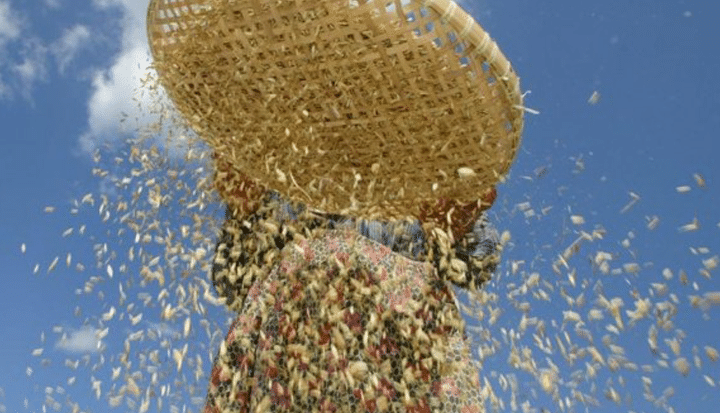 How Can We Strengthen Food Security In South-East Asia?

Click here for more stories about
Partnerships
Friday May 23 2014


This week at the World Economic Forum on East Asia, held in the Philippines, the region’s governments and senior leaders will explore ways to accelerate sustainable agricultural growth and achieve food security through market-based multistakeholder initiatives

Home to 600 million people, South-East Asia has enjoyed vibrant and fast-paced growth. The member states of the Association of South-East Asian Nations (ASEAN) form the eighth-largest economy in the world, with region-wide GDP growth at 5%. The region comprises highly developed economies such as Singapore and Brunei, growing middle-income countries such as Indonesia, Malaysia, Philippines, Thailand and Vietnam, and emerging economies such as Cambodia, Laos and Myanmar.

The one thing they all have in common is that, on average, more than half of their population lives in rural areas (rising to 80% in Laos) and primarily depends on the agriculture sector for employment as well as income. While millions in the region have been lifted out of poverty, a third of the population still lives on under $2 a day and food security remains high on the agenda.

The region is blessed with unique ecosystems like the Mekong Delta and the rainforests of Sumatra, Kalimantan and Borneo. Many of these are under threat from population pressures, pollution and increasing demands on resources. In addition, climate change has caused numerous natural disasters in the region, including droughts, typhoons, tsunamis and cyclones – all of which devastate agricultural production and uproot farming communities.

Smallholder farmers dominate South-East Asia’s agricultural landscape, with about 100 million smallholders operating in the region. Farming on less than two hectares of land, at the mercy of changing weather patterns and commodity prices, with very low access to technology, information and markets, these farmers form the bulk of the poor and food-insecure. In an effort to survive, they overuse land and water resources, extend their farms at the expense of forests, use low-quality inputs and technology – all of which have high negative consequences.

Raising more people out of poverty, securing nutritious food for all and ensuring the natural environment is protected – these will all require a change in smallholder agriculture. And it will require joint efforts and a new commitment from companies, governments, NGOs, researchers and farmers.

The World Economic Forum’s New Vision for Agriculture initiative has been bringing together agents from private, public and civil sectors to work on market-based solutions to the development of inclusive and sustainable agriculture in the region. With local leadership from governments and companies, these partnerships have been active in Vietnam and Indonesia, and are being defined in Myanmar. Anchored in the country’s national agriculture strategy, they focus efforts to strengthen priority value chains – ranging from crops such as rice and potatoes to palm oil, coffee, tea and cocoa – and aim to increase farmer productivity and profitability while reducing detrimental environmental effects. They also address specific issues such as supply-chain inefficiencies, access to agri-finance, and how to attract investment and boost the use of technology.

Some remarkable results are already visible. For example, in Indonesia’s rice partnership, a successful first trial resulted in 17% higher yield and income for farmers while reducing water usage by 20% and greenhouse gas emissions by 0.04 ton of methane per hectare. The programme aims to reach 5 million rice farmers on more than 1 million hectares by 2020.

The coffee project in Vietnam includes companies such as Nestle, Yara and Syngenta, NGOs such as IDH and 4C, and research agencies. It is jointly led by the Ministry of Agriculture and Rural Development. It has helped farmers increase yield by 10% and profit by 14%, while reducing water use by 40% and greenhouse gas emissions by 54%. Based on this success, the government is now aiming to institutionalize the programme and take it to more districts, while also linking processing, trade, finance and sustainability to coffee production across the country.

Building on this model for multistakeholder partnership, with the support of the ASEAN governments and in collaboration with the ASEAN Secretariat, the World Economic Forum aims to launch a new regional initiative called Grow Asia. This will serve as a platform to catalyse action that contributes to food security and sustainable, inclusive agricultural development in support of national and regional priorities in the ASEAN region.

In 2015 we will see the launch of the ASEAN Economic Community (AEC) and ASEAN’s five-year strategy for improving the region’s food security. Aligning with regional priorities, as well as bringing in the voice and resources of the private sector and the support of civil society, Grow Asia aims to contribute to sustainable economic growth through agricultural development.

The region is poised for growth. Now is the time to be part of this exciting transformation and ensure that this growth is inclusive.

More information about the Grow Asia partnership and the New Vision for Agriculture initiative is available here.

One response to “How Can We Strengthen Food Security In South-East Asia?”