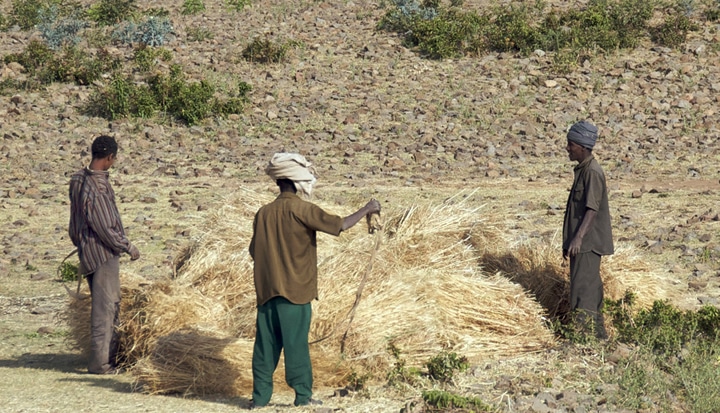 David Strelneck, Adviser And Leader Of Initiatives With Ashoka Fellows

David Strelneck, Adviser And Leader Of Initiatives With Ashoka Fellows

Click here for more stories about
Technology
Monday May 26 2014

Howard Buffett’s recent book, 40 Chances: Finding Hope in a Hungry World, shares two interrelated insights: that a farmer gets to produce around 40 annual harvests in her lifetime, and that living soils play an absolutely essential role in her and future generations’ abilities increase that harvest each year.

Will a small farmer in Africa actually live to experience all 40 chances? Mr. Buffett points to a very inconvenient truth, which we see reflected clearly in the work of leading social entrepreneurs: only if she is a “soil-maker.” That is, only if she recognizes and stewards the nutritional qualities and related organic fabric of the soils in which she grows her crops.

Otherwise, a myriad of factors degrade her ability to farm successfully over time: yields decrease (in terms of their bulk, calories, and most importantly, their ability to actually nourish the people who eat them); dependence on external fertilizers and other inputs increases, a reality made more dire by the lack of social and economic systems to provide them effectively; soil erosion increases; and resilience of the local land, economy, and thus people to extreme weather risks decreases because of all these factors.

Furthermore, Sub-Saharan Africa’s population, and thus its nutritional demand, is estimated to triple in the next thirty-five years. In contrast, as Howard Buffett points out, “It takes five hundred years or more for an inch of soil to form when bedrock crumbles and earthworms and microorganisms refine it into black loam and bring it to the surface.”

Fortunately, creative social entrepreneurs who recognize the potential “nutrient value chain” running through soils to people are seeding a creative, powerful new generation of enterprises addressing these issues. For example:

Bill Carter, who directs Ashoka’s Africa operations, sees this convergence as a great opportunity for both people and the planet, because soil is the nexus between human health and ecological health, and the world’s leading social entrepreneurs are putting that force into play. Sylvia, Mwalimu and Jason are great examples, and others like them are starting ventures throughout Africa and around the world.

They are insisting on foods rich in actual nutrition (not just in bulk, calories, or raw ingredients) as essential for meeting the needs of a growing world population, and they’re leveraging the power of women-led farm families who understand this point better than anyone else on Earth. In doing so, they’re putting into play farming practices at wide scale that supply nutritional foods, enrich soils and thus surrounding ecosystems, and ultimately foster communities that are both nourished and nourishing.

Mr. Buffet’s focus, including his current 40 Chances Fellowship program for Africa, offers a great opportunity for innovators with new ideas in this realm to kickstart or spread their systems-changing initiatives.

The opportunity is ripe for connecting human and environmental vitality via soils.

David Strelneck, adviser and leader of initiatives with Ashoka Fellows in rural and environmental innovations worldwide over the past 10 years. Follow his learning about soils and emerging Nutrient Value Chains on Twitter @Strelneck.

This blog was previously published on Forbes and is reproduced with permission.