How Can We Produce Enough Protein to Feed 10 Billion People? 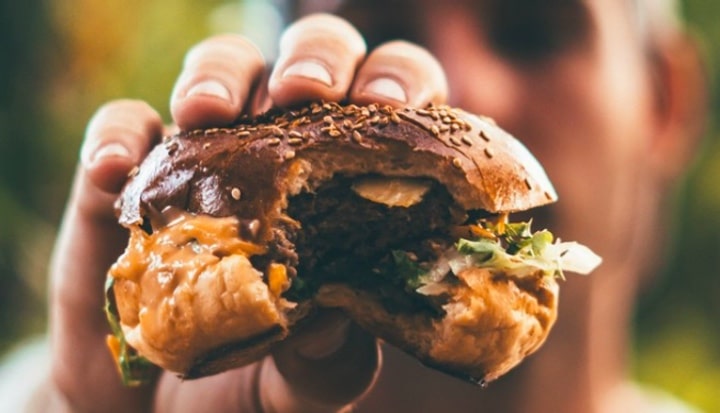 Was the world's first lab-grown beef burger a taste of things to come? Image: Oliver Sjöström/Unsplash

The world has a long path to travel to provide its growing population with the quantity and quality of protein needed, at affordable prices and in a manner that is both sustainable and optimal for health. A year of research and dialogue among stakeholders of the World Economic Forum has begun to suggest a four-part roadmap for making this future of protein a possibility.

Yet academic analysis shows it will be impossible for a global population of 10 billion - a figure expected around 2050 - to consume the amount and type of protein typical of current diets in North America and Europe if we want to achieve the UN Sustainable Development Goals (SDG) and meet the targets set by the 2015 Paris Climate Agreement.

In 2018, the media has increasingly reported on alternative proteins such as plant-based burgers, edible insects, lab-grown meats and other novel products. From how avoiding meat and dairy is the 'single biggest way’ to reduce our environmental impact, to news that a plant-based burger made the menu of a major US fast-food chain in September, to the New York Times’ recent predictionthat both meat protein grown in a lab and plant-based main courses will arrive on restaurant menus this year: news highlighting the environmental impacts associated with producing animal-based protein and the latest food technologies and trends intended to solve these challenges have become more mainstream.

But despite this recent attention, the world has a long path to travel to provide its growing population with the quantity and quality of protein needed, at affordable prices and in a manner that is both sustainable and optimal for health.

So how will we get there? A year of research and dialogue among stakeholders of the World Economic Forum has begun to suggest a four-part roadmap for making this future of protein a possibility.

Protein appears quite siloed at first glance, but in reality, it is a topic that sits at the intersection of many agendas, as a few choice statistics demonstrate:

Food: The Food and Agriculture Division of the United Nations predicts that world meat production will double by 2050

Health: Around 65% of the world’s population is either undernourished or overweight/obese. While meat is both energy-dense and protein-rich, overconsumption of meat contributes to growing rates of obesity and higher risk for non-communicable diseases

Livelihoods: Over 1 billion people are involved in livestock value chains, with half of these dependent on livestock for their livelihoods

Illustrating how change will positively affect societal outcomes across multiple areas will enable a faster and smoother transition than, for instance, justifying a change strategy on environmental or climate action grounds alone.

According to new research conducted by the Oxford Martin School for the World Economic Forum, Alternative Proteins, balancing one’s diet with alternative proteins can reduce diet-related mortality by up to 5% and result in reduced environmental impact at the same time.

Looking at emerging and developing economies, a report by the International Livestock Research Institute, also for the World Economic Forum, Options for the Livestock Sector in Developing and Emerging Economies to 2030 and Beyond, shows enhanced grassland management could sequester up to 150 megatonnes of CO2 equivalent annually, while promoting livelihoods and food security.

Linking multiple positive agenda outcomes – or SDG targets – through one singular topic is a first step is helping key decision-makers and leaders understand the importance of this topic, and encouraging them to help drive change.

Cost is a central component in the consumer value equation. However, neither alternative proteins – such as the aforementioned Impossible Burger or lab-grown meats (not yet available to the market) – nor animal-based meat grown in a more sustainable manner are currently priced competitively with beef or pork. This means consumers are not necessarily incentivised to diversify their diets with these choices, nor are farmers incentivised to invest in more environmentally sustainable methods of meat production.

Subsidies could be one way to balance out pricing for alternative proteins and more sustainable production methods for traditional meat, and to help grow the markets in these two categories. There is a lot to be learned about innovation in the areas of cost and pricing – and the policy mechanisms that can help promote ‘tipping point change’ – from the transition to clean energy. For example, in 1990 a German photovoltaic (PV) rooftop system cost roughly €14,000/kW. By the end of 2015, the price was less than one-tenth that amount at €1,300/kW. These results stemmed from early policy enablers in Germany that helped promote the scaled installation of PV. Because of these early efforts, scaled investment has occurred and subsidies for renewables are now no longer needed. Could similar support for the evolving protein sector play a similar role in increasing availability at an accessible price point?

The transition from meat-based proteins to a wider range of alternatives will play out in different ways around the world. However, a reliance on the market or a hope that individual technologies, unconnected projects, or even financing or policy innovations will cause a global breakthrough - even collectively - are perhaps optimistic. These will likely not be enough to create the scale or speed required to provide universally accessible and affordable, healthy and sustainable protein in line with the SDGs and 2015 Paris Climate Agreement targets by 2030.

This is because of the inherently personal and cultural nature of meat in human diets and livelihoods. The unique emotional and cultural politics of food, particularly of meat, means that another key strategy to accelerate the transition will be required: narratives.

Common narratives – the stories we tell each other about food - can suggest what may be influencing the beliefs of both policymakers and individuals about where the benefits or risks of positively disrupting today’s global protein provision system could lie. Starting from a common evidence base and framing the opportunities using narratives that are both honest and which resonate with people's’ aspirations and needs will be essential in enabling an accelerated transition.

Take, for example, the recent $300 million Chinese investment in three Israeli-based start-ups working in the lab-grown meat sector. Technology and finance alone will not guarantee Chinese consumers will aspire to eat this form of protein, however. In this case, China - as the Oxford Martin research notes - has a significant public preoccupation with food safety, may benefit from narratives around the controlled environment in which cultured meat is grown to offset consumers’ safety concerns.

Coordinated public-private efforts and intergovernmental engagement may well be required to develop and own both a global narrative on the protein transition, and specific regional narratives – such as in China – along the lines of how other global public health or education agendas are promoted. These efforts should be pursued over the next decade to help overcome the critical cultural and emotional barriers that may stand in the way of a holistic transformation.

Developing a public-private accelerator for research, innovation and scale

Finally, the discussions this year across four continents, combined with the aforementioned research findings, underscore the fact that the acceleration and scaling of various options within the global protein system – whether accelerating alternative protein, driving enhancements to today’s current animal-based production systems, or shifting consumer behaviour – is going to be a local affair when it comes to driving actions on the ground.

To do this, collaboration on a grand scale is necessary. New forms of public-private partnership will be required. Many stakeholders suggested that much can be learned from the creation and evolution of the Consultative Group for International Agricultural Research (CGIAR) system of networked research centres, created in the 1970s to help address the food crisis through advancing the green revolution in different regions around the world and through diversified, locally suited crops. Could a 21st century variant on the CGIAR model, itself a public-private funded initiative supported by major philanthropic foundations, be developed: a consultative group for international protein options acceleration, for example?

Regardless of the form the next step takes, there is a lot to be done. The time to act is now if we are to provide universally accessible and affordable, healthy and sustainable protein in line with the SDGs and the Paris Agreement, as we approach a global population of 10 billion.

This article was previously published on the World Economic Forum website and is reproduced with permission.