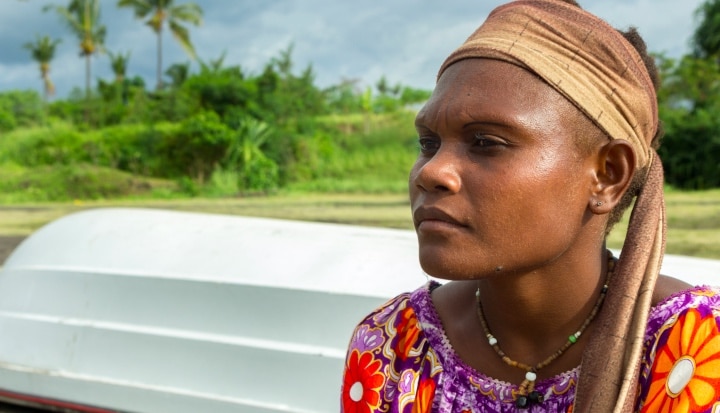 
There is a paradox in the term “domestic violence.” It suggests that what happens at home, stays at home. But it doesn’t, especially in places like the Pacific Islands, where two out of every three women are affected by violence.

In the Solomon Islands, a recent survey showed that the toll of domestic violence extends far beyond the home. Nearly three quarters of employees surveyed in nine businesses stated that domestic violence was affecting their workplace.

The survey, conducted by IFC, a member of the World Bank Group, also debunked several myths around domestic violence. It showed, for example, that men are also affected: nearly three out of 10 men reported that they had experienced violence.

Domestic violence disrupts people’s lives. It affects their ability to do everyday tasks—or even go to work. It affects co-workers and overall feelings of safety in their workspace. Ultimately, it also affects companies and their bottom line: productivity goes down, absenteeism goes up, and so do the costs of high employee turnover. In Papua New Guinea, another study showed that domestic violence costs local businesses up to 9 percent of their annual wage bill and 11 work days per employee every year.

Yet domestic violence is seldom seen as a workplace issue. Too often, employers prefer to look the other way.

In the Solomon Islands and Papua New Guinea, however, we are seeing signs of gradual change. A groundswell of support to tackle domestic violence has emerged from local businesses. Through an initiative known as Waka Mere—established by IFC and the Solomon Islands Chamber of Commerce and Industry with support from the governments of Australia and New Zealand—companies are pioneering measures to promote gender equality, including new ways to support employees affected by violence.

Bank of South Pacific (BSP), the region’s largest bank, declared it was looking to introduce a domestic-violence policy covering Papua New Guinea and all regional branches after its survey in Solomon Islands showed that 92 percent of its staff believed their colleagues were affected by violence at home.

So far, 12 of the largest businesses in the Solomon Islands—including BSP—have brought in corporate policies to address the impact of violence on the workplace. They have appointed and trained contact teams for employees who wish to seek help. They are also running campaigns to raise awareness about the different types of violence and to encourage people to speak up.

At NCS, Papua New Guinea’s largest catering and camp management company, an employee faced violence at home—and it followed her to work, because the woman’s abusive husband worked at a co-located business. NCS gave the woman medical assistance and transferred her to another worksite, allowing her to stay safe and employed. This saved the business about two months’ salary, which the company would have had to spend on recruiting a replacement if she had quit work.

The evidence is clear: companies can do much to address domestic violence. They can seek guidance on how to conduct research—as IFC did in the Solomon Islands—to help understand how violence affects their staff and business. They can work with specialists to take specific measures—such as training a team of first responders on how to handle disclosures of violence and refer staff to reliable external support services.

For employers, simply discussing domestic violence more openly can have a noticeable impact. It can help change mindsets. Getting business leaders to condemn it is critical. It’s also essential for employees affected by violence to have workplace champions—male as well as female—to ensure they get the help they need.

Companies don’t have to do it all alone. They can team up with nonprofit organizations, service providers, local governments, and others who can help. IFC, as the largest global development institution focused on the private sector in emerging markets, also has a suite of tools and resources for companies—including a model policy for supporting employees experiencing violence. This is part of IFC’s broader mission to provide solutions, which tap into the power of the private sector to achieve sustainable development.

Taking action to address domestic violence yields enormous social benefits. But it also creates clear advantages for businesses. Employers already know intuitively it’s the right thing to do. They simply need to act—in their own workplaces.