How Can Consumer Goods Companies Harness Technology to Most Effectively Tackle Modern Slavery in their Global Supply Chains? 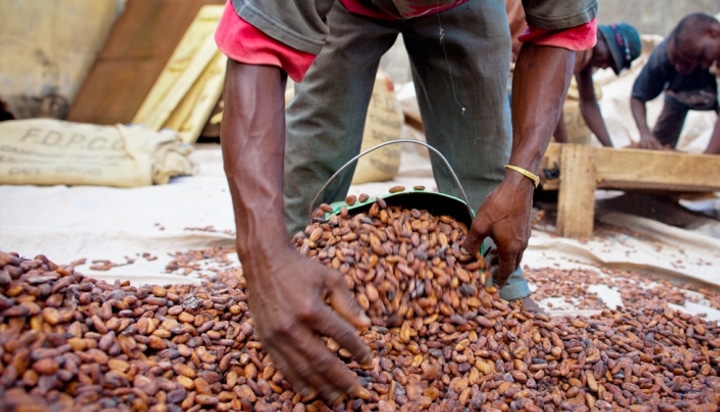 According to the Global Slavery Index, 40.3 million people are in some form of modern slavery, including 24.9 million in forced labour. 71% of the total are women and girls. The ILO reports that US$150 billion of illegal profits are generated by forced labour each year.


According to the Global Slavery Index, 40.3 million people are in some form of modern slavery, including 24.9 million in forced labour. The ILO reports that US$150 billion of illegal profits are generated by forced labour each year.

The issue has rapidly gained public and political attention in recent years. Legislation has strengthened companies’ formal obligations as well as mandating public transparency as a requirement in its own right. For example, the “Comply or Explain” approach has been used in California’s Transparency in Supply Chain Act and the UK’s Modern Slavery Act.

Growing legal and reputational pressures have been accompanied by the development of new reports and toolkits aiming to support companies in tackling forced labour within their global operations and supply chains. However, 62% of global business leaders surveyed in 2016 by Thomson Reuters said they conduct due diligence only on the first tier of their third-party relationships. Only 16% said they were sufficiently knowledgeable about slavery and forced labour. Many companies manage this entirely as a compliance issue, without recognising the potential opportunities that could offset increased costs.

Effective grievance-raising and remediation mechanisms are fundamental to empowering workers and eradicating forced labour in supply chains. However, these areas present some of the key challenges for companies in the field of responsible recruitment. Particular issues include the need to build trust among employees that they will be able to raise concerns without repercussions, with the potential to guarantee confidentiality for anonymous reporting, and building confidence that reporting problems will lead to action. Grievance systems have little value without effective remediation, yet there are few well-documented examples of strong partnerships between companies and their suppliers to ensure appropriate, system-wide responses to grievances.

The development of technology to strengthen worker reporting has begun to take off in the past couple of years. ELEVATE’s worker engagement tools, for example, aim to give workers a voice and the confidence that their concerns are being addressed. Mobile platforms, satellite communication systems, blockchain and other technologies have the potential to assist in developing trust and confidence in both grievance systems and remediation mechanisms. These developments are taking place in a context of wider technological applications that aim to tackle different aspects of modern slavery. These range from the University of Nottingham's use of satellite imaging and artificial intelligence to pinpoint locations of brick kilns across South Asia where modern slavery is likely to be taking place, through to Coca-Cola’s use of blockchain to create a secure registry for workers, helping to tackle forced labour in the company’s global supply chain.

A mapping for the Tech against Trafficking initiative, which examined 200 existing technological tools being used in the anti-trafficking sector, offered some important insights into areas for further development. Only a minority of the tools aimed to directly benefit or engage with vulnerable populations or victims of trafficking. Of those tools with publicly available information, only 11 percent were geared towards worker engagement.

These insights will inform our new Challenge in partnership with Nestlé, focused on the use of technology to tackle modern slavery in global supply chains. Applications that strengthen grievance-raising and remediation mechanisms will be priority areas for our Challenge, alongside a focus on transparency around recruitment processes. We aim to strengthen partner companies’ ability to scale responsible recruitment and employment practices in their supply chains through technology, and to strengthen relationships and the exchange of learning between consumer goods companies and other stakeholders working on human trafficking and forced labour.

The initial stages of the Challenge are exploring which aspects of modern slavery in companies’ global supply chains are amenable to solutions enabled by technology. We are seeking to build up a set of emerging examples of technology being applied in this way, and through a comparative analysis, to draw out actionable insights from the best emerging practice. This will also require consideration of the limitations of technology in this area, which in turn has implications for the wider interventions that are needed by companies, governments and others to complement and reinforce technological solutions.

If you have any experience or interest in the uses of technology to tackle modern slavery, particularly in the areas of recruitment, grievance-raising and remediation mechanisms, we are keen to hear from you. Sign up to join our Challenge and we look forward to exchanging insights and developing tools to apply this learning and contribute to rooting out modern slavery from global supply chains.