How Can Business Advance Gender Equality Across the Value Chain by Engaging Men as Allies? 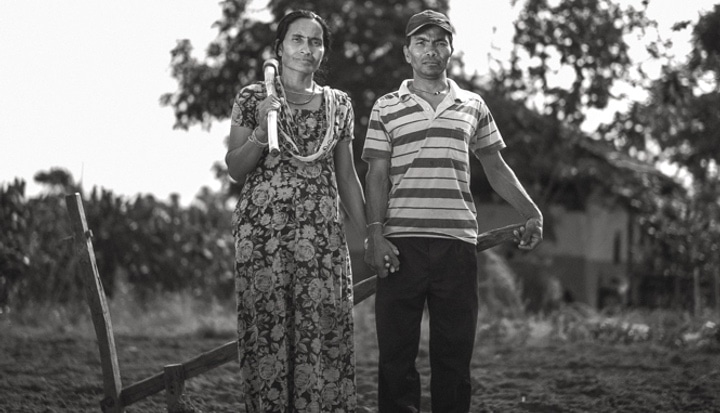 Challenge partners AB InBev, CARE, and Stanford University’s VMWare Women’s Leadership Lab will create a thought-leadership report to distill lessons and insights from innovative approaches being taken across a range of cross-sector organisations at varying points in their value chain.

Gender equality stands as a UN Sustainable Development Goal in itself (Goal 5)  and is also viewed as central to delivering the full 2030 agenda, a critical element underpinning the other 16 Goals. There is a growing recognition of the importance of effectively engaging men to advance the rights and opportunities of girls and women, and achieving gender equality by 2030.  UN Women note that ‘engaging men and boys for gender equality is anchored in the belief that achieving gender equality is about transforming unequal power relations between men and women…men need to be engaged as gender advocates – speaking out as active agents and stakeholders who can transform social norms, behaviours and gender stereotypes that perpetuate discrimination and inequality’.

There have been a number of high-profile initiatives that aim to engage men in recent years. For example, UN Women’s He for She campaign highlights the importance of engaging men as advocacy partners and change agents to drive forward a systemic approach to gender equality, mobilising millions of men around the world, including corporate CEOs. The Lean in Together campaign in the US emphasises the important role men, as fathers, partners and work colleagues, play in reaching equality. Canada’s White Ribbon Campaign encourages men to never commit, condone or remain silent about violence against women and girls. The Unstereotype Alliance, an industry-led initiative convened by UN Women, secures commitment from leaders across business, technology and creative industries to tackle the widespread prevalence of gender stereotypes that can be perpetuated through marketing and advertising.

Organizations such as the International Center for Research on Women, Institute for Development Studies, London School of Hygiene and Tropical Medicine, and Promundo have also contributed to seminal research on masculinities, engaging men, and household studies on men’s and women’s attitudes and practices related to gender equality.

Still, challenges remain to this work. Notably the fundamental need to align efforts with the women’s rights movements and their goals, and the need to consider that there may be groups of men who actively (or unconsciously) question and in some cases undermine the gender equality agenda.

Research to date demonstrates that while work has been done to surface best practices in engaging men to promote gender equality, for example by CARE, there is little in the specific context of business and value chains.  At the same time, the considerable work on gender in value chains, including work to address workplace harassment and inequities, does not tend to look at the role of men. An important value-add to the current research will be to bring together the latest thinking and lessons on engaging men into the specific value chain context of companies around the world. The Challenge will also reflect on the diversities among men across the value chain in a way that respects and values differences and experiences.

The insights from the VMWare Women’s Leadership Lab, incubated within Stanford’s Clayman Institute for Gender Research, will complement the focus on value chains  by drawing on the latest research in organisational development. The Lab, led by  Professor Shelley Correll, combines ‘academic insight with real-world strategies to research how organizations can create a more level playing field, where diverse talent can innovate and excel’.

For AB InBev, the Challenge insights will be used to help inform its Diversity & Inclusion strategy across the value chain. As a global brewer operating in over 50 countries and with an historically male dominated consumer base, this brings great opportunity to engage men as allies around the world, both for AB InBev and the broader beer category as a whole

Throughout the challenge we want to engage with stakeholders, including through a survey, online discussion and events such as the flagship Business Fights Poverty Conference in Oxford (11 July) and in New York alongside the UN General Assembly (23 September).

We look forward to engaging with you on this important topic. To stay up-to-date about the latest insights and engagement opportunities, you can join the Challenge here.