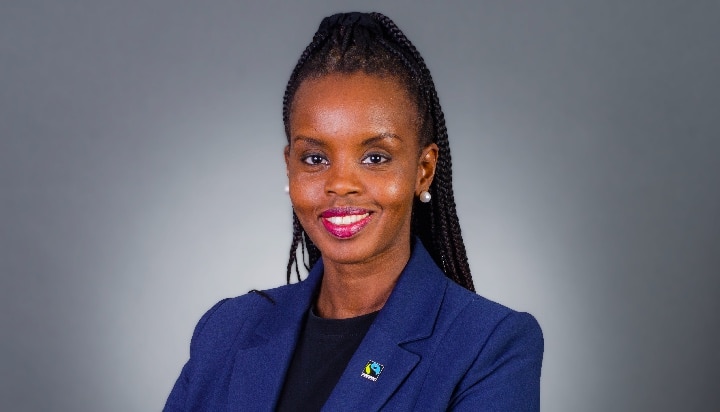 The world’s smallholder farmers and agricultural workers are ready, willing, and able to help confront climate change where it matters most, protecting their communities, preserving their livelihoods, and safeguarding our planet’s food supply. Nevertheless, the question remains: are our leaders willing to let them?


In many ways, the seaside resort town of Sharm El Sheikh is a compelling backdrop for a global climate change conference. Perched on the south-eastern edge of the Sinai Peninsula, it is bordered by pristine coral reefs on one side and arid desert on the other – a perfect reminder of the delicate equilibrium that keeps our planet’s ecosystems alive and an eloquent portrait of everything that we stand to lose to climate change.

But the setting for the 2022 United Nations Climate Change Conference, also known as COP27, was the only thing that stood out in what was otherwise an unremarkable affair, contoured by the usual parade of delegates, an increased presence of industry lobbyists, and the growing certainty that the climate targets set in the Paris Agreement will not be achieved. If anything, COP27 produced one concrete outcome: our planet will be a much hotter place in the coming decade.

As the Global CEO of an international organization committed to fairness and ensuring decent livelihoods for the world’s smallholder farmers and agricultural workers, this exasperates me. As a global citizen, it distresses me. Because once again our planet’s most vulnerable communities will be left to the mercy of the unpredictable forces of climate change. Extreme temperatures. Devastating droughts. Catastrophic hurricanes. Overwhelming downpours. This is the future that the world’s farmers and agricultural workers now face. And it is a future that imperils the very existence of our planet’s food supply.

But it doesn’t have to be that way. That was the message that Fairtrade’s delegation brought to COP27 on behalf of nearly 2 million farmers and agricultural workers from around the world. And it was a message we pointedly delivered to government officials and private sector stakeholders: world leaders must acknowledge the critical role that smallholder farmers have in addressing climate change.

That’s right. Farmers and agricultural workers are not only on the frontline of the climate crisis; they also have the on-the-ground expertise to address it head-on. But their role in combating climate change comes with a financial cost, one that must be incorporated into market prices in a fair and equitable manner. It is clear that the world has missed its chance at mitigating the effects of climate change and all efforts must now focus on adaptation. But climate adaptation requires financing and no one knows better what adaptation measures must be adopted than the farmers themselves. At COP27, we repeatedly called on world leaders to ensure that climate financing mechanisms acknowledge farmers’ needs in an inclusive manner so that farmers, workers, and their communities are not left holding the climate bill. This is a message we will continue to reiterate – today, tomorrow, and at COP28.

Fairtrade’s COP27 call for fairness, however, did not end there. Financial fairness for producers must also extend to the carbon market so that the benefits reach farmers, workers, and their communities. In this way, carbon markets can be effectively channelled to scale community-based innovations that help farming communities weather the devastating impacts of climate change. In addition, a fair carbon market which is designed to support farmers and forest communities is essential if the rapidly expanding carbon offset market is not going to turn into a global land grab.

Finally, Fairtrade delivered a critical message to market actors: reduce your emissions along the supply chain. Climate action cannot be considered holistic if appeals to address emissions are ignored.

Fairtrade’s call at COP27 has been loud and clear, driving home the critical role the world’s farmers have in solving the existential crisis of climate change. As Fairtrade coconut producer Pablito Aquino, a survivor of three major typhoons in the Philippines, declared at COP27: “We producers are determined to combat this climate crisis!” But this call is destined to go unheeded unless governments urgently commit to real emissions cuts, ensure that climate action is wholly inclusive, and provide the necessary climate financing to those who need it most.

As I write, negotiators have extended talks to try and salvage something positive from this underwhelming conference. Fairtrade will continue to hold them and their governments accountable so that any progress made in the COP outcomes delivers concrete benefits to smallholder farmers.

The world’s smallholder farmers and agricultural workers are ready, willing, and able to help confront climate change where it matters most, protecting their communities, preserving their livelihoods, and safeguarding our planet’s food supply. Nevertheless, the question remains: are our leaders willing to let them? That’s an answer COP27 has yet failed to provide. And it’s an answer we’re still waiting for. The clock is ticking.