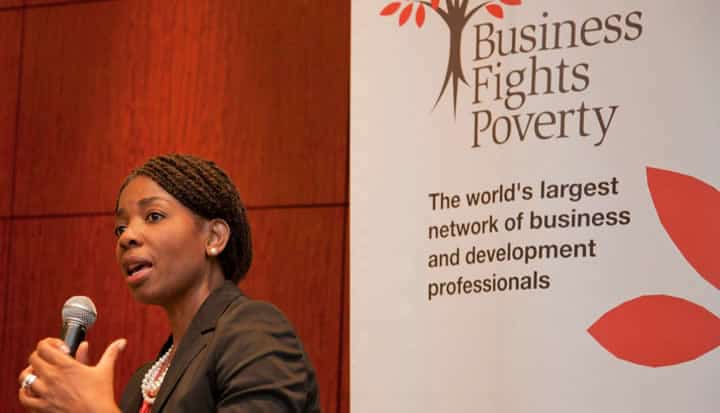 
How does any institution, private or public, achieve scale when targeting an emerging area of business interest such as supporting women entrepreneurs? This was the key question during the conversation I participated in, hosted by Coca-Cola and Business Fights Poverty, on the margins of the Africa World Economic Forum in Cape Town last month.

The panel focused on how the public and private sector can enhance access to skills and finance for the women’s market. Susan Mboya, Coca-Cola’s Group Director Eurasia Africa Women’s Economic Empowerment emphasized the importance of grounding any corporate efforts to support the women’s market in the business and profit motive of the corporation.

Nomvula Makgotlho, Chief Director, Gender & Women Empowerment from the South African Department of Trade and Industry highlighted the need for the public sector to create enabling environments as well as to encourage the broad realization that the women’s market extends beyond the micro and small business landscape to medium and large enterprises.

From the IFC perspective, I discussed the importance of the financial sector in recognizing the need to support the growth of women-owned enterprises with capital. I indicated that the importance of connecting the different players along the value chain of interventions was critical. This is because enabled environments, access to markets provided by corporations like Coca-Cola and access to capital provided by financial institutions can scale women entrepreneurs' participation in economic development.

Susan drove home the point that Coca-Cola’s interest in the women’s market is firmly grounded in Coca-Cola’s business needs. Through a study done a few years ago with Harvard University and IFC, Coca-Cola realized that there were significant numbers of women entrepreneurs operating as either suppliers (small holder fruit growers) or distributors in its value chain. Susan indicated that it is clearly in Coca-Cola's interest to understand how it can strengthen its entire value chain but also be targeted in addressing the needs of the different segments within. This includes women entrepreneurs in its value chain who had specific and different needs hence the development of Coca-Cola's 5by20 initiative, launched in 2010.

One of the key points made by co-panelist Nomvula was the role of government as a convener, enabler and champion for greater inclusion in order to have sustainable economic growth. Nomvula made it clear that governments are well served when there are more partnerships such as the one between Coca-Cola and IFC.

All three panelists agreed that individually our respective institutions would at best be opportunistic in our interventions to broaden inclusion and access for the women’s market. In order to achieve scale there needs to be more partnerships along shared values, anchored in ambitious targets with well developed tools for measuring both the business and development results."

2 responses to “Empowering Women through Business”