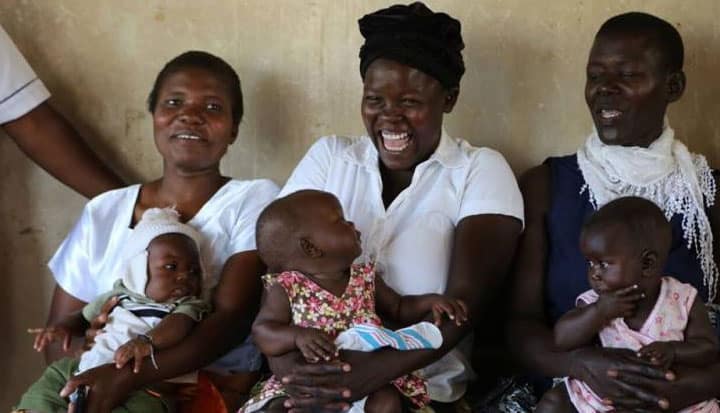 When a faulty water pump was removed from Lunga Lunga in Kwale County in Kenya, the local community of 6,000 people, which included four schools, lost an important source of water. As a result, women and girls had to walk three kilometres every day to the nearest functioning reservoir to collect water.

Community empowerment organisation Integrity Action, in partnership with a Kenyan NGO, invited volunteers from Lunga Lunga for training on how to demand more accountability, transparency and competence in local decision-making. The volunteer community monitors’ auditing work revealed that the water pump should never have been removed. They suspected that the council engineer who had said the pump was beyond repair had made a false claim so he could use it for his own purposes and sell water from his borehole at hugely inflated prices.

Corruption is the greatest obstacle to sustainable development. Speaking in 2014, UN Secretary-General Ban Ki-moon called it “a global phenomenon that strikes hardest at the poor, hinders inclusive economic growth and robs essential services of badly needed funds.” The World Economic Forum estimates that the cost of corruption equals more than 5 per cent of global GDP (US $2.6 trillion), with more than US $1 trillion paid in bribes each year.

Integrity Action is an organisation and network of NGOs, universities and policy makers who are re-defining anti-corruption work. Rather than focusing on punishment as a deterrent, Integrity Action is introducing the concept of user-led feedback to close the loop between funders, service providers and beneficiaries to reduce corruption. With Community Integrity Building training, they are empowering communities like Lunga Lunga by giving them a powerful tool they’ve never had before: a voice.

“In communities where they’re used to having a high failure rate, they’re not used to having a voice. If we can make the community members the change-makers, it raises expectations and then this has many other positive effects,” explains Ashoka Fellow and Integrity Action co-founder, Fredrik Galtung.

Last year, Fredrik visited Lunga Lunga and saw the lasting effect of Integrity Action’s training three years ago. The lead community monitor Suleiman Ndoro Chaka and his team continue to work independently of any NGO to hold service providers to account. With very few exceptions, all the communities in Ndoro’s sub-county now have access to clean water. However, it is not always easy; Ndoro and his team often receive threats to destroy evidence and photos from local officials.

Opposition and threats are not uncommon occurrences for many people who demand accountability. In response to this, Integrity Action has created DevelopmentCheck, a TripAdvisor-style online tool to gather citizen feedback on development projects, and to allow users to safely store evidence.

Sites like TripAdvisor and Amazon demonstrate the power of giving service users a voice. DevelopmentCheck is now taking this concept to the next level by focusing on problem-solving rather than merely problem-reporting. To avoid the risk of subjectivity, DevelopmentCheck requires informed feedback from citizens – for example how many days a week is a community nurse promised and how many days is she there? How many classrooms were promised and how many were built?

In 2014, Integrity Action were chosen as the top entrant out of thousands in a Feedback Labs and Ashoka Changemakers competition to find innovative solutions that help feedback loops empower people, and drive better decisions and improve access to resources. DevelopmentCheck is currently monitoring $512,410,300 worth of development projects in 17 sectors across 11 countries.

For many, Integrity Action’s approach of complete openness is daunting, and gaining support from local communities, governments and international aid organisations is not always easy. “If you’re serious about accountability, you have to be transparent,” says Fredrik.

By refusing to compromise on transparency, Integrity Action is providing an effective and sustainable approach to tackling corruption. They provide citizens with the tools they need to ensure they have a voice that cannot be ignored by service providers.

“We truly believe that everyone can be a changemaker, but sometimes they need structure to be able to do this,” says Fredrik. “Improving failure rates and stopping corruption will not be an easy thing to do, but it is entirely feasible. We are working to empower the next generation to end corruption by building integrity.”

This article first appeared on Virgin and is reproduced with permission.

One response to “Empowering Local Communities to Fight Corruption”