Does Fortifying Food Improve Nutrition for the Poorest? 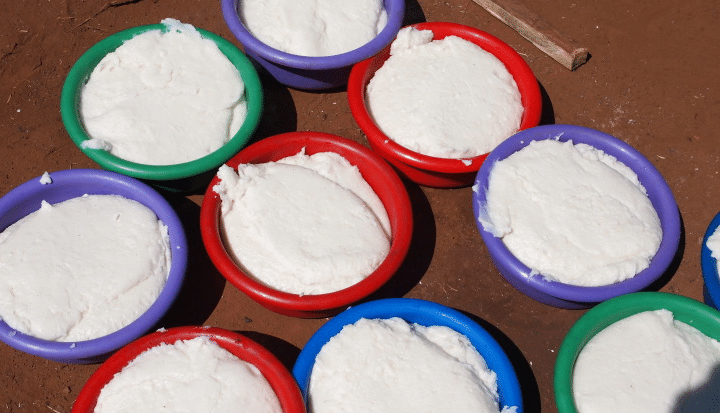 Does Fortifying Food Improve Nutrition for the Poorest?

Globally, deficiencies in micronutrients are staggering in scale. According to some estimates, between 40 and 60 percent of all children in developing countries suffer negative health consequences from not receiving enough iron, and a similar percentage don’t get enough Vitamin A.

One response to this problem has been more widely adopted than any other: food fortification, the process of adding micronutrients to basic foods such as wheat flour, salt or vegetable oil. According to the Food Fortification Initiative, 81 countries have passed legislation requiring at least one cereal food to be fortified.

While the rationale behind this approach is clear: fortification costs relatively little and has the potential to rapidly reach large numbers of people, case studies by IDS and partners have highlighted that fortification programmes need to do more to have an impact on the social groups that suffer the most from undernutrition – especially the rural poor. These programmes need to examine whether they are successfully covering the products and markets that reach the poorest people.

Why mandatory fortification as a nutrition strategy?

There is a clear logic underlying using legislation to make fortification mandatory: markets, if left on their own, don’t provide enough nutrient-dense foods. This is because consumers are often unwilling to pay for these foods compared to cheaper, unfortified alternatives, and there are numerous products that falsely claim to contain added nutrients or provide health benefits.

Mandatory fortification gets around these challenges by levelling the playing field, requiring all food producers to add micronutrients to their products. At the same time, they avoid the complexities of changing consumer behaviour by providing nutrients in products that people already eat.

Our research in Nigeria and Tanzania highlights why these conditions are difficult to achieve.

Even under the best of circumstances, motivating businesses to comply with fortification requires a well-functioning regulatory system. Experience from Nigeria shows how difficult it is to achieve this: even with support from government and donors, and commitments from large companies, only about 30 percent of products covered by the programme contained enough micronutrients.

Meanwhile, the value chains that reach poor people at the ‘bottom of the pyramid’ are difficult for policymakers to regulate. For example, in Tanzania, there are tens of thousands of small businesses processing maize flour, many of which do not appear in government records. One donor-funded project has strived to motivate these small businesses to fortify since 2011. Yet, as of early 2014, none of them had started fortification – most were unable to meet the requirements for registration with the government.

Such experiences suggest that programmes need to provide support for small enterprises over longer periods, while also improving the ability of regulating institutions to cover these markets.

Food fortification programmes and partnerships should develop strategies to ensure they reach the poor, and recognise that success with larger companies doesn’t necessarily lead to better nutrition for the poorest people. If they are to improve nutrition for the poorest, programmes need strategies for working with small and informal businesses. They also need to grow and protect households’ ability to access these foods through social protection.

We still have a lot to learn about what combination of approaches works. Our policy briefing on fortification in Tanzania recommends that policy actors and donors should pursue the following actions:

This blog was previously published on Globalisation and Development and is reproduced with permission.

6 responses to “Does Fortifying Food Improve Nutrition for the Poorest?”