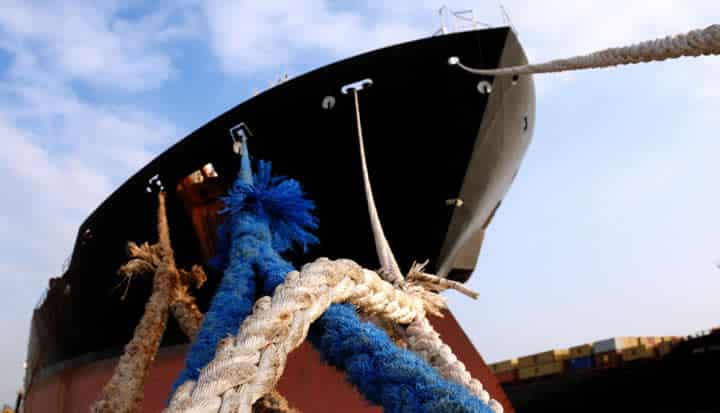 Debating the potential for ‘third generation’ Aid for Trade


It is going to be a major year for the debate on trade, kicking off with a policy dialogue on 15-16 January organised jointly by the OECD and ODI. With its specific focus on Aid-for-Trade (AfT), this dialogue will pave the way for an eventful 2013 for trade policy that includes the G8 in June and the G20 in September – both with trade high on their agendas – the fourth Aid-for-Trade Global Review in July and a World Trade Organization (WTO) Ministerial in Bali in December, not to mention the selection of a new Director-General of the WTO itself. It seems the perfect year to take stock of AfT to date, and plot a future course.

In recent years, AfT has evolved from a new initiative linked to the WTO Doha round of trade negotiations in 2005 into a supply-side instrument for trade capacity building (or ‘decoupled’ AfT). In the coming few years we expect to see a ‘third’ generation of AfT: an approach in which ‘connected AfT’ is packaged into a bundle of support, that leverages other financial flows, and that is more firmly connected to a country’s public and private actors and, by extension, connects countries to value chains. The ODI-OECD policy dialogue will feature a number of relevant sessions that will discuss how to make a real success of ‘connected’ AfT.

Looking at the three generations of AfT in more detail, we can see its evolution.

1) The conception of AfT – the Aid-for-Trade initiative emerged at the WTO Doha negotiations, specifically paragraph 57 in the 2005 Hong Kong declaration. AfT was seen to facilitate the implementation of trade agreements and to compensate for preference erosion (e.g. Caribbean rum producers that faced preference would see these erode over time as other countries gained the same preferences). As originally conceived, AfT was not normal aid, but would be provided by non-aid ministries to help finance the provision of a global public good (in this case, global trade rules). A Task Force was established to operationalise the AfT concept. While the initiative was not very successful in creating new global funds as suggested by some trade experts, despite the emergence of the Enhanced Integrated Framework, it has succeeded in raising donor awareness of the importance of trade. It has also helped to secure significant AfT spending, which now accounts for one-third of ODA spending as a result of, in particular, a rise in infrastructure spending.

2) Decoupled AfT – with the Doha negotiations grinding to a halt by 2008, the Task Force had already argued that ‘AfT is a complement to the Doha round’ and aid experts established the case for AfT as a normal aid tool that was decoupled from deadlocked trade negotiations. Here, AfT is seen as promoting development. Its needs were derived from Diagnostic Trade Integration Studies (DTISs), which were variably integrated into Poverty Reduction Strategy Papers (PRSPs), rather than preference erosion costs. The aid view of AfT increased the amount of attention focused on the application of traditional aid principles (e.g. harmonisation and alignment) and the monitoring of effectiveness. The third OECD/WTO Aid-for-Trade Global Review discussed the monitoring of AfT at the global level and included a large number of case stories. Overall, studies on AfT suggest a more positive relationship with trade, growth, lower trade costs and investment climate outcomes compared to other aid, although there are still gaps in the use of methodologies, methods and indicators in monitoring and evaluating progress. As well as establishing appropriate purposes for AfT, ODI research also finds that conditions and policies within donor and recipient countries, such as the presence of AfT strategies, are also important in driving its effectiveness. The ODI-OECD Policy Dialogue will discuss how to manage AfT for development results and discuss new OECD research in this area as well as ODI-led work on Aid for Trade for Bill & Melinda Gates Foundation, which also involves DIE and ECDPM.

3) Connected AfT – with increased pressures on aid resources and considerable growth in other financial resources to developing countries, it has become more important to embed AfT in the context of other flows. Notably, ODI’s submission to the third Global Review in 2011 suggested that development aid in the case of the EU Africa Infrastructure Trust Fund was likely to have a substantial leverage effect, with one unit of grant leveraging between 5-6 units of official loans and a further 15 units of other finance aimed at cross-border African infrastructure. Another ODI study suggests how home country measures, including ‘investment-related aid’, can leverage in UK Foreign Direct Investment. Emerging economies, such as China, but also some developed countries such as Japan, have long supported their investors with packages of support that includes aid. This has, in turn, led to other significant flows to developing countries that has boosted their trade. AfT connects to other flows and other actors, and focuses on the most binding constraints along a trade corridor (e.g. fewer delays and hence lower trade costs at the Chirundu border post between Zambia and Zimbabwe). There is also increased emphasis on connecting AfT to global value chains and a country’s system of public choice, e.g. by building effective state-business relations that can improve the relevance and effectiveness of AfT. Third generation AfT is more connected, learns from emerging economies, offers packages of support (‘investment for trade’), albeit untied, to connect poor countries to value chains and is managed and facilitated by actors who are well-connected to domestic state and business sectors.

While these three AfT concepts all remain relevant today, it is very likely that there will be more emphasis on third generation AfT in the coming years. This can help the effectiveness of AfT in times of resource constraints, leverage in other financial flows of great value and make more comprehensive connections amongst countries, actors and flows. AfT experiences provide innovative lessons for other types of aid (e.g. on catalytic effects) as well as for climate finance (which only recently became enshrined in a climate declaration, 8 years after AfT became enshrined in a trade declaration). At the same time, there needs to be far more discussion on how to ensure that third generation AfT is most effective for the development needs of any specific country.