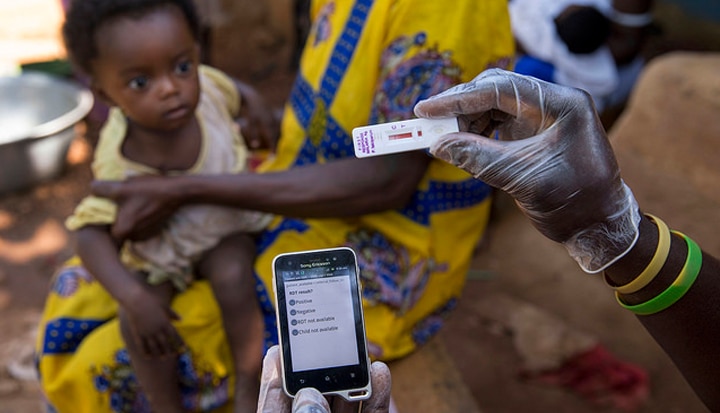 
In the fight against malaria, we are finally seeing real progress – the result of many years of hard work. This year however is a critical juncture, bringing opportunities to consolidate and accelerate progress already made against the disease. Over the coming months, the World Health Organization and the Roll Back Malaria partnership will publish their latest malaria strategies, ramping up efforts to combat the disease through mobilising resources and bringing together different sectors. But 2015 also brings real challenges.

Resistance to anti-malarial medicines is rising and new treatments and preventative measures need to be pushed through the pipeline. As the Sustainable Development Goals, due to be agreed by the UN in September, take shape, there is a risk that malaria efforts and health in general get diluted. As governments and international bodies consider which disease areas warrant their investment, funding cuts for malaria programmes loom – posing a real danger, just when progress is being made.

The Millennium Development Goal focused on reducing deaths from malaria has galvanised efforts to defeat the disease. Businesses, NGOs and civil society all marshalled their resources behind the disease. Increased use of preventative measures such as bed nets, along with more rapid diagnosis, have contributed to a near 50% reduction in malaria deaths between 2000 and 2013. In that time, 3.3 million lives have been saved from malaria(1).

But if you take your foot off the pedal, the disease roars back – not in a few years, but at the next rainy season. A study from the Clinton Health Access Initiative in 2012 found that the 75 resurgences in malaria since 1930 can be attributed at least in part to the weakening of malaria control programmes – often due to limited resources. This study concluded that there is an urgent need to develop practical solutions to the financial and operational threats to effectively containing today’s successful programmes.

Scaling back investment is a false economy. Malaria still claims more than 500,000 lives every year – the vast majority of them African children – and drains healthcare systems. As a company, GSK is working hard to develop new medicines and vaccines against malaria and support health workers. In my day-to-day work across our operations in Africa, I see how malaria prevents children from going to school and parents from going to work, stymieing economic prospects. Malaria can consume up to one quarter of household incomes in Africa(2). The disease is estimated to cost the region around $12 billion a year. Less than half that amount - $5.1 billion – is thought to be needed every year until 2020 to achieve universal access to malaria interventions(3).

This would bring great returns. Defeating malaria could help unlock both human and economic potential – if we don’t achieve this, sustainable development remains a pipe dream. So how can 2015 be the year in which we capitalise upon progress, and devise practical, long-term ways to defeat the disease for good? If done right, the sustainable development agenda gives us a real opportunity to build on these gains. Far from diluting efforts, this process could instead provide a chance to unite the firepower of business, NGOs, government and international funding bodies to maintain the momentum behind malaria.

Central to this is creating health systems that are more resilient and responsive – with the right staff and resources in place. Too many people are without access to basic healthcare as it is geographically and financially out of reach – this means diseases like malaria can go undiagnosed and unchecked until it’s too late, and leaves communities vulnerable to epidemics. Fragile health systems in West Africa allowed Ebola to get a foothold, and led to a rise in deaths from malaria and measles. Governments are the primary players in developing health systems and ensuring people can access healthcare without falling into financial hardship. But business has a part to play too – it is right that we bring our resources to the table, and it ultimately helps create a healthier marketplace.

Already, there are examples of this in action. Commodity companies operating in malaria endemic areas are co-ordinating with government to develop sustainable malaria control programmes. At GSK, we reinvest 20% of profits made in least developed countries back into supporting training of frontline health workers in those nations – working with NGOs and governments to build capacity and skills. We’re also searching for new tools to add to health workers’ armouries – and are in the final stages of developing what could be the world’s first vaccine against malaria in African children.

Robust and better resourced health systems put us in a stronger position to combat malaria. But their impact stretches far beyond that. They are also better equipped to manage other preventable illnesses such as diarrhoea and pneumonia. Moreover, they are capable of detecting and responding to epidemics and managing emerging threats from non-communicable diseases. Already, the infrastructure created to scale up HIV prevention, treatment and care services by PEPFAR is being used for prevention, treatment and education around cervical and breast cancer.

Investing in defeating malaria is a springboard for reinforcing health systems across the board, enabling people and communities to prosper. Let’s make this the year in which different sectors pull together to strengthen access to healthcare services for the long-term. Healthier lives, livelihoods and ultimately economies depend upon it.

One response to “Defeating Malaria and Reinforcing Health Systems”