Donors’ New Role in the Fight Against Poverty 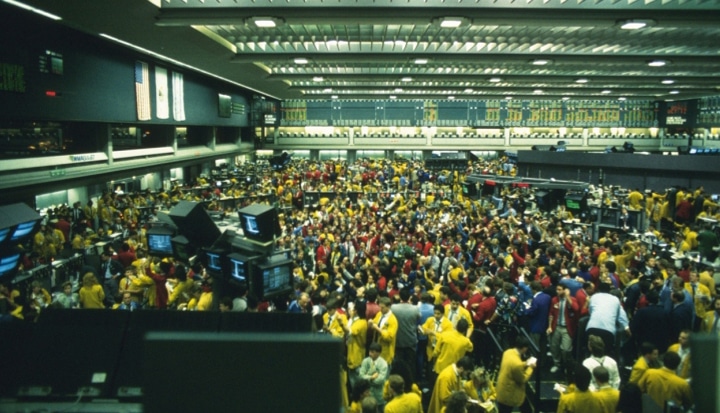 Donors’ New Role in the Fight Against Poverty


A remarkable thing happened over the past two decades: the world grew richer, freer, and more secure than ever before. The end of the Cold War in 1991 was a seminal event not least because it ushered in these trends. Democratic governance has flourished in many countries where a mere 20 years earlier repression and dictatorship were the order of the day. Economic growth has exploded across the developing world as countries have opened up formerly closed systems to global trade and a new global middle class has emerged. Meanwhile, governments have seen their own coffers swell as increased levels of foreign direct investment (FDI), trade, and a commodity boom have driven more money to low and middle-income countries. Increased taxation and domestic savings will allow them to increasingly deliver the basic services that their citizens’ demand—supplementing and potentially replacing social services traditionally provided by international donors. At the same time, new donors, such as China, offer alternative strategies for pursuing development, and in many instances are seen as financing the activities that developing countries themselves prioritize. Progress has been dramatic so far, and the pace of this change is only accelerating with improved technology and rising incomes across the developing world.

And, yet, in spite of the progress immense challenges persist: governance remains weak in many countries, growth as a percentage of GDP is impressive, but per capita incomes remain stubbornly low, and many people still lack access to basic human services. Transparency and accountability remain hard to come by, and many governments still lack incentives to curb corruption. A significant youth bulge and over half of the world living in urban areas highlights specific challenges, including the need for formal employment and more responsible resource management. Cities have the ability to be engines of innovation and prosperity, or stagnant wastelands suitable for breeding violence, disease, and organized crime.

Transnational threats such as terrorism and pandemics such as Ebola also present new threats. Beyond this, countries lack resilience to withstand natural or man-made disasters: as evidenced by Mali’s quick fall to a violent insurgency in spite of a robust U.S. and international aid program. Even Nigeria, a far larger and richer country, is struggling to contain Boko Haram, a radical Islamic insurgency. These groups and other target a country’s institutional weaknesses, taking advantage of weak or ungoverned spaces. Meanwhile, many countries lack the access to finance needed to fund badly needed infrastructure or facilitate broad-based growth in the private sector. The need for private sector development goes far beyond creating wealth—business can be key to providing opportunities for disenfranchised youth and promoting stability.

While the world is richer, freer and more capable of paying for its own development, there are still good reasons to continue providing targeted assistance that emphasizes good governance and policies that promote private sector development and economic growth. The U.S. political system, however, has been largely unwilling to confront this reality and has settled instead for increasing budgets to mollify constituencies. That strategy worked only as long as the U.S. foreign aid budget consistently grew. As donors manage fixed and shrinking budgets, while facing a world with shifting needs, the United States has to change how and what it offers with its assistance. If the United States and other traditional donors fail to adapt to these changes, they risk becoming demonstrably irrelevant and over time.. In addition, if the United States does not meet the needs of the developing world, a growing number of alternate sources of financing and partnership are arising.

The Millennium Development Goals expire in 2015. This provides an opportunity to reexamine how and why countries such as the United States provide foreign assistance. The United States remains the world’s largest donor in terms of total money spent each year, sending a little over $30 billion to its overseas aid programs. Yet much of this money is directed toward meeting the basic human needs of developing countries through public health, food security, access to water, and education. Given the changing nature of the world, this represents an old paradigm of assistance that is on its way to irrelevancy in a growing number of countries.

The future of development requires greater focus on governance and institution building, economic reforms to attract trade and investment, and supporting the development of vibrant, local private sectors. Aid delivered effectively can be an important contribution to American security and progress, but at present the United States does not do enough to maximize these benefits or fully address substantial threats. In the coming years, it must change the way in which it approaches foreign assistance in order to take advantage of the underlying trends and tackle the challenges that remain. Cooperation with business and the private sector must be central to this strategy.

Participants explored these themes and more at the first-ever CSIS Global Development Forum on April 23. Check CSIS.org for the day's videos and takeaways