Creating What’s Next for ICTs and Development 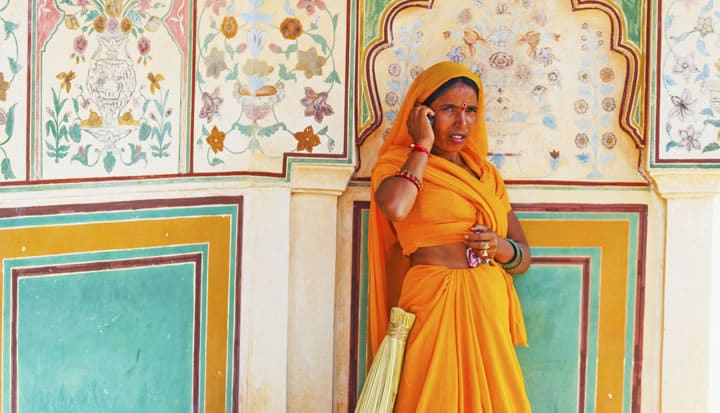 Creating What’s Next for ICTs and Development


In less than a decade’s time, the majority of the world’s poor now own or regularly have access to a mobile phone. As a result, the internet and communications technology (ICTs) industry offers the newest and most relevant platform to reach the poor with essential services such as information, social networking, education, healthcare, employment opportunities, financing, and other innovative services. Under the theme of “Creating What’s Next”, this year’s Mobile World Congress confirmed that the ICT industry is paying attention to this market opportunity, with exciting implications for the development of new inclusive business models.

One major indicator: the cost of smart phones is dropping enough to be affordable for low-income users in emerging markets. This year, open source software company Mozilla launched a $25 USD smartphone, and Nokia launched a 29 Euro feature phone with access to basic web services. Behind this trend is a powerful business imperative: by 2019, Ericsson predicts that there will be over 8 billion mobile-broadband connections—up from 2 billion today— with much of that growth at the lower end of the market.

Increased ownership of smartphones will almost certainly drive a market for internet providers to expand access to services in emerging markets. During his keynote, Facebook CEO Mark Zuckerberg emphasized various initiatives through which the company is trying to expand internet access in developing countries, including the recent launch of Internet.org, a partnership to introduce business models that give people more ways to go online.

Increased internet access is expected to have a cascading effect on social and economic development, as more of the world’s poor come online. Internet access has been shown to improve the productivity of labor and capital: A recent report from Deloitte (commissioned by Facebook) posits that reaching 75% of the population in developing markets with internet access (the current level of internet penetration in developed economies), “could generate $2.2 trillion in additional GDP, a 72% increase in the GDP growth rate, and more than 140 million new jobs”, with the majority of those economic benefits going to small and medium sized enterprises. Further, a Qualcomm funded study on how to increase access to mobile-broadband services to working women in emerging markets reveals that working women of all income ranges feel empowered by smart phone ownership. They use the phone for work transactions, access to educational services and information, increased connection with family and friends, and for finding new income or job opportunities.

Meanwhile, innovation at the low-end of the cellphone market is still essential. Over 2 billion of the world’s poor still own feature phones, relying on SMS text messaging and voice services to receive and transmit messages. Many inclusive business launches occur at this level, with programs offering the BoP services around financing and insurance, agriculture, healthcare, business education, and many more innovative essential services. In a panel discussion on the uses of mobile phones for development, the nonprofit program Worldreader provided a powerful example of how the humble SMS text offers users an essential link to the wider world. The Worldreader Mobile program partners with publishing houses and technology providers to offer access to free books via SMS text. In 2013, more than 330 thousand monthly active users in developing countries completed over 650 thousand books over their feature phones, opening the doorway for improved literacy and education.

Finally, in a world where more people have access to phones than they do to toilets, it is important to expand the conversation to consider how to Create What’s Next in a way that contributes to future sustainability. What’s next is growth in mobile phone sales paired with improved recycling services; growth in internet access matched by improved access to electricity in the developing world; growth in access to mobile financial services combined with increased investment in training for financial literacy; and growth in the number of apps offered to low income populations, which have been created by members of the community itself. An exciting future, indeed.