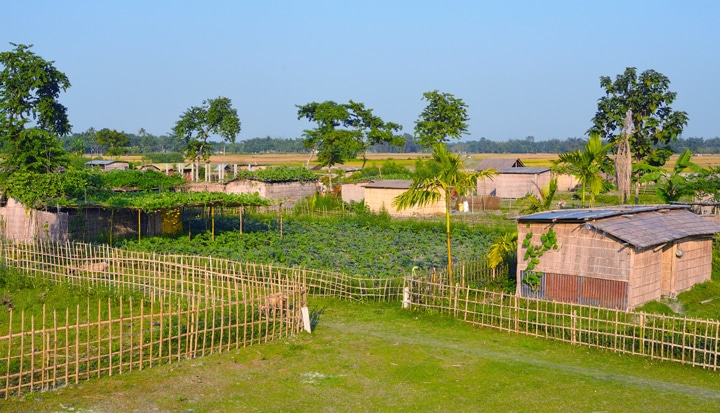 
A two-year-old girl named Arshi was one of last people in India to get polio.

Her case is remarkable for a number of reasons.

First and most obvious, her case – now more than two years old – shows the tremendous strides we’ve made against polio. There has been no case of wild polio in India for more than two years, thanks in part to dedication of the Indian government and organizations like Rotary International, PATH, and The Bill & Melinda Gates Foundation.

Secondly, her case is a perfect example of how interconnected all of our work is in the global development sector.

Arshi lived in the “perfect storm” – an area of India that “because of high population density, poverty, low routine immunization, low sanitation and low hygiene,” is the perfect breeding ground for the disease, said Dr. Hamid Jafari, who was at the time project manager of India’s National Polio Surveillance Project. “Widespread diarrheal diseases in these areas make the polio vaccine less effective.” Migration also plays a role, he added in an interview with journalists. Migrating families, he explained, “are more likely to miss the immunization campaigns. So, when they move, the virus moves with them.”

This has obvious implications for all of our efforts to address global poverty.

Too often each NGO and charity has focused on its own strand of the safety net without recognizing the fact that the net only works if each of the strands are strong.

Consider just the single factor of family migration due to landlessness and its impact on a host of other development goals.

There are an estimated 20 million rural landless families in India. They often live an itinerant life. These families are so poor that many travel the countryside in search of work. When they find work, they eat and may even have shelter. When they can’t find work, they go hungry and often sleep in public places.

With parents following the harvests and promises of work, their children will not live anywhere long enough to attend school or keep to the routine immunization schedule. Uneducated parents, who have no power to negotiate good wages, will rarely earn enough to feed their families properly. And they will probably never live in a place where they have the security and authority to dig a well and provide their children with clean drinking water.

Each of these factors is related and played a role in the tragedy that befell Arshi.

The disconnected nature of all the silos in the development sector is made even clearer by this fact: Arshi had been immunized – repeatedly. But each time she was given the vaccine, her body – suffering from malnutrition and diarrhea – didn’t absorb enough of the vaccine.

As I left for the Annual Meeting of the Clinton Global Initiative where some of the world’s most innovative social entrepreneurs and funders met last week to discuss nine broad, cross cutting issues, I relished the opportunity to further break down silos and engage in broad discussions about fundamentally important issues such as women and girls economic empowerment, education, environmental stewardship etc. and talk about how the work we are all doing is connected.

My organization, Landesa, has seen this in both of the commitments we’ve made at CGI. In 2007, Landesa made a Commitment to Action to develop a micro-plot program for the landless poor in the Indian states of Andhra Pradesh, Odisha, and West Bengal as an effective, replicable model for poverty alleviation that would engage both communities and government officials. These micro-plots allow families to grow fruits and vegetables to feed themselves and sell excess produce, while still maintaining space on the plot for a micro-business and home. The tennis-court-sized plots are also small enough that even a government with constrained finances can afford to pay market price to purchase and distribute enough land to provide for all of its landless poor. Thus far, more than 450,000 families in eleven Indian states have received micro-plots. We quickly found that more families succeeded when we partnered to ensure that they received other government services, such as communal wells, sanitation services, and access to electricity. So, we began coordinating with a dozen different government partners and agencies ensure that land is the trigger that prompts a host of other necessary support services.

Likewise in 2010, when Landesa with Nike Foundation, Omidyar Network, and The Bill and Melinda Gates Foundation committed to creating opportunities for poor, rural girls. We thought we could have the best impact and the greatest chance to scale if we piggybacked on an existing government effort to empower girls in India. In this national program, poor rural girls are learning about nutrition and health and with our added curriculum, they are also learning about their land rights, and land-based livelihood skills. The organic gardens they are now growing are helping boost their family’s nutrition, allowing them to earn money for the first time (which is often going toward school fees) and transforming them in the eyes of their families from liabilities to contributors.

When children like Arshi are being failed on so many levels, the question is not which intervention can help her most, but instead how we can work together to lay a broad foundation for achieving more significant and impactful milestones like a polio-free India.

Tim Hanstad is President and CEO at Landesa, a global development non-profit that works to secure land rights for the world’s poor. Follow Landesa on Twitter @Landesa_Global

One response to “Creating Opportunities for Rural Girls in India”