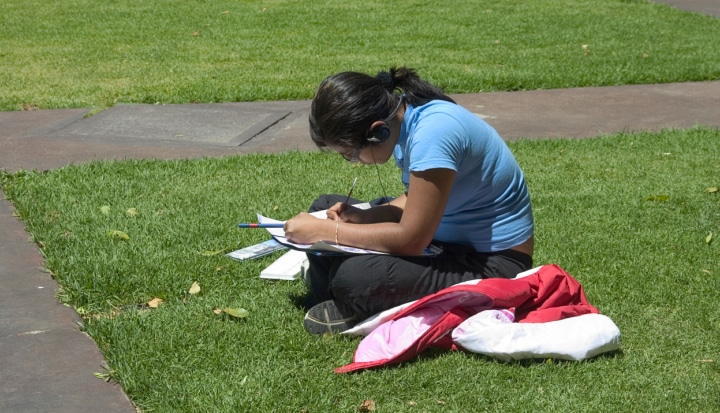 
According to the United Nations Educational, Scientific and Cultural Organization (UNESCO), Mexico has a smaller proportion of college students than other countries on a similar path of growth and progress, and a significantly lower proportion compared to their main trading partners.

Although higher education in Mexico grew to record levels this past decade, just over a quarter of young people between the ages of 19 and 24 attend college today. That is to say, from a population of 11 million youth who fall into this category, there are more than 7 million college-age people who do not study.

Young people belonging to this sector of the socioeconomic pyramid are the target market for FINAE, a social impact financial institution in Mexico I founded in 2006 that specializes in student loans in order to support low income students who do not have enough economic resources to pay for their undergraduate tuitions.

Even at the beginning of this decade, half of higher education students were the first generation of their families that had access to this level of education. FINAE has focused on those who have not had this opportunity. As of today, from the students supported by FINAE, about 70% are the first member in their family to attend college.

Today, Mexico does not have the capacity to absorb the large number of applications from young people seeking to attend higher education in public universities. They are at full capacity; more than 70% of applicants to public higher education institutions are rejected due to saturation. Therefore, private education becomes the only option for thousands of them, but the cost of it is not affordable to everyone. Consequently, the emergence of FINAE generates on one hand, a boost in the country’s development by helping new generations of Mexicans be better prepared for the future despite a lack of financial resources; and on the other hand, building a payment culture that helps to establish a credit history for youth interested in completing their college education.

Mexico is the second country member of the OECD with the largest percentage of total public expenditure allocated to education ($1 of every $5 pesos), which means that the investment in education needs to come from the private sector in order to balance investment in other key areas such as Health or Infrastructure.

Finding Opportunity Where Others See Difficulty

FINAE fills this urgent gap in the education financing market in Mexico by providing loans to students that are looking to pursue degrees at well-known private institutions in fields with high demand in the labor market. At FINAE, we blend the generation of value for society with the creation of financial value for our investors. Our first great challenge was to create a model that achieved a balance between a profitable business and affordable interest rates for the students without any kind of governmental subsidy or support, as it happens in other countries. The solution was to share costs and risks with the universities, since they are the second most important beneficiary—after the students—who benefit from the increased student recruitment rate, and the decrease in the desertion rate. The costs of our product’s marketing and infrastructure for the loan officers’ offices inside the campuses are absorbed by the universities. In order to share risks, a First Loss Collateral Fund was created with the universities’ financial resources, where from each payment made to the university, FINAE retains a percentage of tuitions. This Fund represents an immediately available liquid guarantee in case a student defaults in his payments.

FINAE provides the students a product that allows them to study in a qualified university at an affordable monthly payment. Once they start working, they are able to pay back the loan without it significantly impacting their expected income.

Currently, 10 of the largest universities in the Country are working with FINAE, which represent 20% of the total enrollment of private universities. With these 10 universities, we operate in more than 80 campuses across the country.

FINAE was created to target the missing middle that has been historically unattended in Mexico since most banks and financial institutions have focused on consumer credit. In more developed countries, like the United States, the concept of student loans has been well known for decades. As of today, FINAE has supported more than 4,400 students, providing them with the opportunity to pursue a professional future that will allow them to improve their quality of life and achieve their personal dreams and goals.

The first product that FINAE launched was a traditional loan with interest payments on unpaid balances. The students’ parents had trouble understanding it and did not buy it. This is explained by the lack of financial education and culture within the socioeconomic segment we targeted (more than 25% of our students’ parents did not complete elementary school). To solve this problem, we collected information that helped us create a much simpler product consisting of only fixed monthly payments during the whole studying period. When we launched this product, our sales increased by 300% from one year to another (2009 to 2010).

Due to overwhelming success, FINAE had to find alternative ways of financing students in the long term. Therefore, we launched the first Student Loan securitization in Latin America, an AAA rated bond backed by monthly payments of the students and by a guarantee from the Inter-American Development Bank (IDB)’s Opportunities for the Majority initiative.

FINAE is also rated 5 of 5 by the Global Impact Investing Ratings System (GIIRS), which assesses the social and environmental impact of companies and funds using a ratings approach analogous to the S&P credit risk ratings.

Today, 70% of the students we finance are the children of those parents who did not attend college. The impact of supporting young people to attend college, when the probability of achieving it was minimal, is generational, because when these students become parents, the likelihood that their children go to college will automatically increase to over 60%.

According to a publication of the Center for Development Research (CIDAC) in Mexico, a professional earns on average is 74% more than a person with only a high school degree.

FINAE’s business models have proven successful as it enables young Mexicans to access quality higher education, which they could not have done without FINAE’s loans. The model is profitable and therefore ensures its sustainability. The long-term impact of FINAE is tremendous, as we target the UN Millennium Development Goals head on.