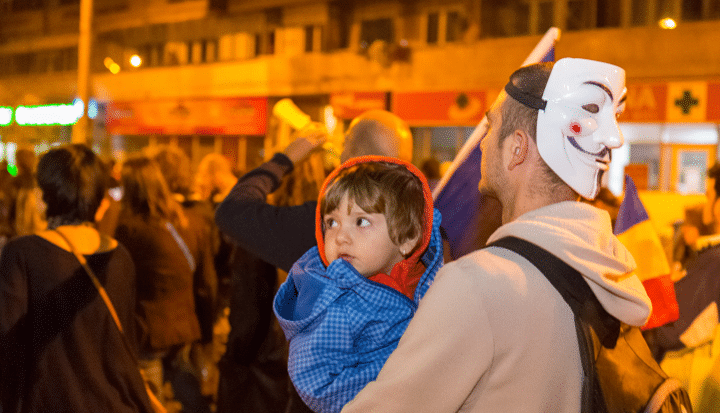 
You could be forgiven for thinking that the masses descending on the ExCel Centre in East London last Wednesday were there to remember the ill-fated Gunpowder plot and Guy Fawkes’ subsequent demise. The 5th of November, however, also marks World Responsible Tourism Day, with industry leaders meeting to celebrate progress on key sustainability challenges facing the travel and tourism sector.

It is to the credit of the industry that amidst the day’s discussion of animal welfare and energy efficiency, the issue of child protection was not side-stepped. That organisations such as TUI (the parent company of Thomson Holidays) and Khiri Travel (a specialist tour operator in the Mekong Region) took to the stage to explain how their businesses could help tackle the devastating issue of sexual exploitation of children is a fantastic step. But we need more businesses to take leadership and to ensure that talking about this subject is no longer seen as taboo.

Let’s be clear - the travel and tourism industry is not the cause of child sexual exploitation in destinations. Nevertheless, it can unknowingly contribute to (and indirectly benefit from) the problem when parts of its accommodation and transport networks are exploited by child abusers. What’s more, with the International Labour Organisation (ILO) estimating that there are between 13 and 19 million children working in the formal tourism industry, the risks of child exploitation – including sexual exploitation – linked to the sector are high.

In order to understand how these risks relate to individual businesses and their supply chains, more companies in the sector could follow the example of tour operator Kuoni, who have undertaken and published human rights impact assessments at destination level in both Kenya and India. Through careful consultation with affected and vulnerable groups, such as children, these assessments can help offer a better picture of the scale of a problem so often hidden in plain sight. In addition, more data can help underline the various forms of violence to which children are exposed. For instance, abuse and exploitation are frequently linked to each other and children who are sexually exploited are often trafficked, subject to child labour and other forms of violence.

In the face of the complexity of interwoven child protection issues, it is difficult for businesses to know where to start. It was with this in mind thatThe Code of Conduct for the Protection of Children from Sexual Exploitation in Travel and Tourism was developed by ECPAT, the UN World Tourism Organisation and the tourism industry itself. The Code requires companies to establish an ethical policy against the commercial sexual exploitation of children, to train staff accordingly, to include clauses in supplier contracts to repudiate the practice, to provide information to travellers and local stakeholders and to report on performance annually. With over 1000 signatories across 42 countries, the Code has had significant success in raising awareness of the issue of child sexual exploitation.

However, there is still much to be done. The implementation of the Code appears to have been challenging, with a recent study finding that ‘hardly any of the hotels ... were asked by the tour operating companies they supply, to adhere to or sign The Code. Nor did the hotels ask their suppliers for child protection measures.’ To turn policy into practice we need to embed the right culture across a company and endow employees with the responsibility and understanding to identify behaviours that place children in danger.

While policies and culture may be determined by corporate headquarters, these need to permeate the everyday operations of the industry at destination level.

Some tour operators have gone over and above the Code, with TUI’s large scale campaign 'Say NO to child sex tourism in the Northeast of Brazil' a particularly impressive example. Likewise, UNICEF has worked in Cartagena, Colombia with the Cartagena Tourism Corporation and Colombia’s largest association of tourism hotels to build an alliance to identify and prevent sexual exploitation of young people within the city. To encourage this sort of industry commitment, civil society needs to get much better at promoting these good behaviours.

An industry that accounts for 9% of Global GDP, 30% of world’s export services and one in every 11 jobs is clearly already making a significant economic contribution on a macro level. But perhaps even more can be done. For instance, TUI helped provide girls in the North Brazilian coastal region with vocational training, equipping them with the tools to find employment in the tourism sector, rather than the sex industry.

An alternative suggestion that arose in a panel session at World Responsible Tourism Day was that hotels could pay their staff a living wage. With the ILO estimating in 2013 that 375 million workers lived on less than US$1.25 a day, the payment of a living wage in a sector that employs over 100 million people worldwide could be a particularly powerful tool to improve the economic condition of young workers, parents and caregivers both in Europe and at other destinations.

At UNICEF, we see the provision of decent work and the protection of children as core responsibilities of companies in all sectors. These tenets are enshrined in the Children’s Rights and Business Principles, a framework through which companies can help respect and support children’s rights. As Unicef UK launches a new strand of work on the travel and tourism sector that intends to support companies to operationalise these Principles, we hope that on 5th of November 2015, we will be remembering the year in which the industry rose to the challenge of protecting children everywhere.