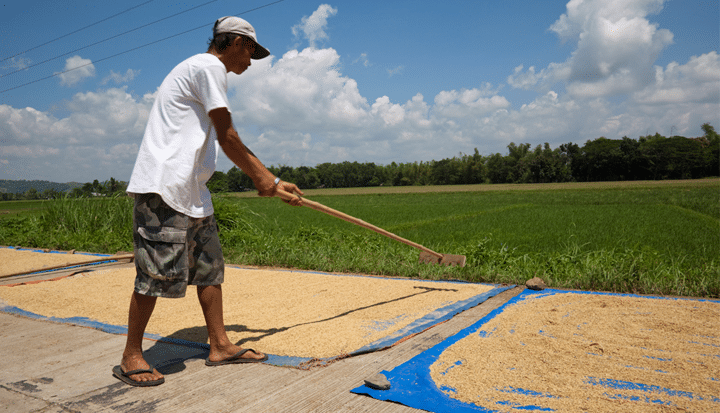 
How does one break down and analyse an inclusive business portfolio as large and diverse as Business Call to Action’s? The 94 BCtA member companies that have set up inclusive business initiatives range from global corporate conglomerates set up many decades ago, to early-stage social enterprises operating in just one area. So when it came to analysing the data for the BCtA flagship report Breaking Through Inclusive Business and the Business Call to Action that launched at the end of September, we were presented with the interesting challenge of coming up with a company categorisation that would work, and be useful. It was not as straightforward as categorising them as large or small (by employee size) as this failed to capture the complexities involved.

We decided to look at the inclusive business approach of the companies i.e have they always had an ‘inclusive’ element to their business with people at the Base of the pyramid (BoP) being core to their model or is integrating the BoP a newer business line that is just a part of a wider established business? This threw up some interesting findings and a clear split emerged to give us our two main categories for the report.

1. ‘Large and established’ companies are established national or multinational companies that are introducing new business lines that buy from or sell to the BoP.

2. ‘Emerging and maturing’ companies are small to medium enterprises (SMEs) typically located in the Global South whose original business idea focused on an opportunity at the BoP. That means that inclusive business is their business.

We found that they had more characteristics in common than just their inclusive business approach.

The two types of companies have a fundamentally different approach to doing business with the BoP. The large and established companies tend to have several business lines that contribute to the bottom line. Their BCtA initiative is a new and innovative part of the business that is intended to differentiate them from competitors, bring access to new markets, and position them in the long term. Because buying from or selling to the BoP is a new aspect of their business, there can be internal challenges, such as making a compelling business case or getting support and buy-in from different parts of the organization.

The emerging and maturing companies, on the other hand, have premised their business model on buying from or selling to underserved markets. This means profitability is critical. Indeed, their business lives or dies on finding a commercially viable model at the BoP. Getting a first-mover advantage in BoP markets is also identified as a key commercial driver as, typically, these businesses were formed to address an identified need or gap in BoP markets. Emerging and maturing companies also face a different set of challenges to the large and established companies. While they do not have to get internal support for doing business at the BoP, they also do not have the resources and clout of a multinational firm and, therefore, need to work extra hard for their inclusive business to stay afloat.

The vast majority of emerging and maturing companies in the BCtA portfolio target the BoP as consumers. Many of them have spotted a market opportunity to provide goods or services to poor people and developed their business around it. Although they also target consumers, large and established companies focus to a comparatively higher degree on including the BoP into their supply chains as suppliers, employees or entrepreneurs. These companies may have entered BoP markets because they have supply chains that can benefit from strengthening capacity of smallholders or factory employees.

While it may have been assumed that the larger multi-nationals would have more commercial success and a greater social impact with their inclusive business initiatives due to their increased resources, we have found that this is not the case. Many newer enterprises, founded with the purpose of tapping into opportunities in the BoP market, are emerging as serious players on the international stage. Emerging and maturing companies are doing both better and worse, meaning they have more initiatives reported as either progressing slowly or flourishing, while the large companies report more as on track. Intuitively, this makes sense. Emerging and maturing companies face more challenges as they try to start entirely new businesses, some may fail, but they may also show relatively fast progress.

Perhaps the most striking thing to note from the revenue analysis is that emerging and maturing companies are strongly represented, when it comes to high revenue earnings (see Joe Shamash’s blog for an overview of the actual numbers).These findings certainly challenge any assumption that large companies are the best route to scale at the BoP, though they are not robust enough to prove the opposite.

For the emerging and maturing companies, securing investment is critical to their success. For a number of the ‘breakthrough SMEs’ in the BCtA portfolio, external investment is opening doors to new growth and helping them become market leaders. A wide range of investors are financing these initiatives from impact investment funds such as Acumen and Aavishkaar to development finance institutions including the IFC and USAID. It is important to note though that, despite initial investment, many SMEs are still struggling to get continued funding to sustain growth and this remains a constant challenge despite progress (see Alyssa Rivera’s blog on an Endeva report exploring this issue).

While we can’t assume that these findings directly reflect what is happening in the inclusive business space in general, they do shed some light on the wider trends that are developing. This categorisation is actually one that also ran through the Business Innovation Facility’s (BIF) pilot portfolio, albeit with slightly different terminology. Seven of the 17 BIF businesses that were progressing well were categorised as ‘core-IB’ comparable to the ‘emerging and maturing’ category in the BCtA report (see the BIF pilot final report for more). This growth of the emerging SMEs is certainly one to take note of. They are clearly ‘breaking through’ and increasingly have a very significant part to play in having a positive impact on the lives of people at the BoP.

‘Breaking Through: Inclusive Business and the Business Call to Actio...’ is authored by Caroline Ashley and Suba Sivakumaran, in conjunction with Tomohiro Nagasaki, Lara Sinha, Suzanne Krook and Tom Harrison. Joe Shamash conducted the online survey and led the data analysis. Five years on since BCtA was launched, it reviews progress made by BCtA members and the strategies they are adopting. The report covers BCtA members’ 94 initiatives and draws heavily on surveys and interviews conducted with 49 initiatives during mid-2014. Join our discussion on social media using #BCtABreakingThrough