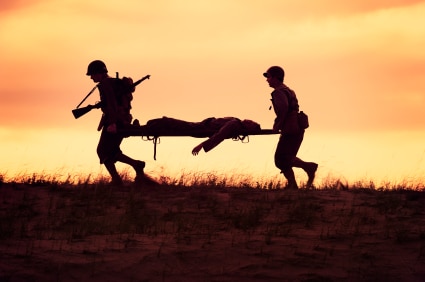 
Part of Causecast's Memorial Day series examining how Corporate America is finding innovative ways to help veterans through its employee engagement programs. This blog originally appeared in The Huffington Post.

If you want to get your blood boiling, consider this: many of our country’s servicemen and women who have bravely fought for us in Iraq or Afghanistan must fight for their own disability and medical benefits after they return home. Between 2003 and 2008, the U.S. military involuntarily discharged thousands of men and women with post traumatic stress disorder (“PTSD”) related to their service abroad, and denied them the disability and medical benefits to which they were legally entitled.

Because these veterans were denied the correct disability rating, they did not receive thousands of dollars in monthly disability benefits, could not access military commissaries or post exchanges, and most importantly, lost health care coverage for themselves, their spouses and children. Many of the veterans impacted had young families, and the loss of health care coverage for their spouses and children was particularly devastating.

A VET IS CAST ASIDE

Take, for example, Aimee Sherrod, an Air Force veteran who served three deployments, with service in Iraq, Jordan and Pakistan. In her role as an aircraft inspector, Sherrod played a critical role in keeping troops in the air and in combat. During her deployments, Sherrod was under frequent mortar attacks and saw the horrors of war firsthand. But when she was diagnosed with PTSD, she was unceremoniously separated from the military without the benefits to which she was entitled.

Sherrod was devastated. Her plan to remain in the military for 20 years, like her parents, was gone. Picking up the pieces of her life, Sherrod went to the VA for treatment for her PTSD and eventually got married and started a family. But because of her PTSD, Sherrod sometimes found it difficult to be around crowds, do daily errands or be in stressful situations. Her young family struggled because she was denied the military retirement benefits to which she was entitled.

Sherrod and her husband had to spend thousands of dollars on medical care for their young family. Their young son suffers from a condition that would be alleviated if his tonsils could be removed...but the Sherrods could not afford the surgery.

BUSINESSES TO THE RESCUE

If the government won’t stand by its wounded warriors, who will? Enter Corporate America. Increasingly, the gap in support is being answered by businesses.

In this case, the outrage of seeing wounded warriors denied rightful medical benefits was enough to spur action from the private sector. So in 2008, pro-bono attorneys from Morgan Lewis & Bockius LLP joined with the National Veterans Legal Services Program and filed a class action lawsuit, Sabo v. United States. Subsequently, lawyers from NVLSP, Morgan Lewis and Hewlett Packard provided one-on-one counseling to every class member who requested it – explaining the lawsuit and providing individualized guidance to allow each veteran to navigate the military disability rating system. Finally, through negotiations, a favorable total settlement was ultimately reached for the veterans involved, and this terrible wrong committed against our veterans in a time of war is now being corrected.

In the settlement filed with the U.S. Court of Federal Claims, the U.S. military agreed to pay lifetime disability retirement benefits to more than a thousand veterans with PTSD. Their families will receive health care coverage and other benefits, and their health care bills will be reimbursed under the settlement. Another 1,000 veterans will get a disability rating increase and may qualify for thousands of dollars in back pay spanning several years.

Furthermore, many of these veterans will also likely be awarded hundreds of additional dollars every month in combat related special compensation. Pro-bono attorneys from HP, Morgan Lewis, and NVLSP are now helping many of these veterans apply for this tax-free monthly benefit for which only military retirees are eligible. Attorneys say the military is working to meet a June deadline to adjust all of the records for the veterans participating in the Sabo v. United States lawsuit and award their benefits in compliance with the court order.

As for Sherrod - she’s doing better today, with the support of her family and a service dog for her PTSD. She is one of the seven original veteran plaintiffs that filed the Sabo v. United States lawsuit with the help of NVLSP and Morgan Lewis. Under the settlement, she and her husband will receive health care benefits for life and their three children will receive health care benefits until at least age 18. The stacks of medical bills that Sherrod and her husband incurred for their family for seven years will be reimbursed; she is eligible to apply for combat-related special compensation; she can participate in the Survivor Benefit Plan; and she can use the military commissary and post exchange.

But Sherrod says that one of the best rewards of this award was getting her military identification card stamped “retired.”

Leveraging pro-bono services to help veterans is just one example of how corporate volunteerism is catching fire. Corporate America has a role to play in addressing the world’s problems, and their support doesn’t stop with veterans. Companies are, more than ever, looking at how they can uniquely address social issues by aligning their business goals with skills-based volunteering.

Indeed, the organization A Billion Plus Change was formed to encourage this national movement of corporate pro-bono services to make a lasting impact on society, and it has mobilized more than a hundred leading companies to contribute billions of dollars of skills-based volunteering toward community service. The organization is helping to mount the Corporate Philanthropy Summit this June, which is just the kind of forum where global leaders can share best practices around social responsibility and fan the flames of an important movement - one which helps us all.

When corporations stand up to do the right thing, their efforts deserve to be recognized...and emulated. This Memorial Day, I hope that more companies will consider how they, too, can address the needs of our country’s heroes.

Businesses Backing Vets: How Prudential is Putting Veterans To Work