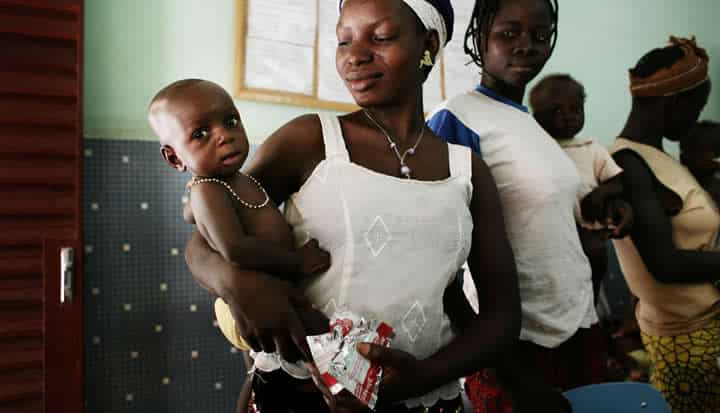 
Eradicating hunger is amongst the most pressing societal challenges of our times and the lack of substantial progress a shameful failure of the international governance system. Besides the necessary increase in international development aid, a higher emphasis on promoting inclusive innovation to fight hunger is also necessary. This means that low-income countries most affected by malnutrition should be empowered to participate to a larger extent in innovation to fight hunger, both at the development and at the diffusion stage. On the one hand, low-income countries should not be seen as mere recipients of technology but rather as partners in the interactive process of pro-poor innovation, providing critical inputs on context-specific opportunities and constraints. On the other hand, to be inclusive, innovation should focus on technologies that are appropriate for low-income countries; those where the production methods employed are relatively simple (so that the demands for high skills are minimized, not only in the production process itself but also in matters of organization, raw material supply, financing, marketing, etc.) and where the production process relies mainly on local inputs and is aimed mainly for local use.

One possible direction of innovation to fight hunger is the development and diffusion of agricultural technology and know-how more appropriate for the least developed countries. This includes irrigation techniques, fertilizers and transgenic crops. An example of success on this front is Nerica, a new rice variety that requires less water for cultivation, which was developed for Africa in the mid-1990s through a project coordinated by the African Development Bank (read the Nerica Compendium report). Another pathway of innovation to fight hunger focuses on new types of therapeutic food and delivery practices that raise the efficiency of emergency interventions once a malnutrition crisis has unfolded. A recent example is a new variety of ready-to-use therapeutic food (RUTF) developed by French company Nutriset in the late 1990s as a peanut-butter paste fortified with vitamins distributed in mono-dose packets that can be stored without refrigeration for up to two years without losing their properties. RUTF is a more appropriate technology to treat acute malnutrition without complications than formerly prevalent powdered milk solutions because it enables outpatient care, simpler treatment protocols and production in the field. In a recent article in Technological Forecasting and Social Change, we show how RUTF shapes a new technological regime to treat child malnutrition.

Nutriset holds patents for this kind of RUTF valid until 2018, covering both the product and the production process. Critics argue that there should be no patents on key humanitarian nutrition products (most past inventions in humanitarian nutrition such as F100 or oral rehydration therapy were not patented). In any case, this is a clear case for compulsory patent licensing under existing international trade agreements. For others, the patent has helped in quality assurance and has provided a well organized process of technology transfer and capability building, while limiting intellectual property protection for innovations to fight hunger could have the adverse effect of reducing incentives for private firms to engage in much needed R&D.

Nutriset claims to use RUTF patents as “a tool to aid development”. Since 2005, the company has created a franchising system based on the transfer of Nutriset’s know-how (production, management and distribution) to an independent producer based in a country suffering from malnutrition, which may be a public or a private company or NGO, but should not be part of a multinational corporation. The first factory in the field was opened in 2005 in Malawi and since that time the network has expanded to ten low-income countries. Production capacity of the field network is expanding rapidly: according to Nutriset, out of a total of 22500 tons produced worldwide in 2010 around 8000 were made in developing countries (i.e. 36% of total production). The inclusion of local manufacturers in the diffusion process brings along significant advantages. It contributes to nutritional autonomy, leading to a shift from dependence on international aid towards a higher ability of local communities to react to malnutrition. It also mitigates the risks associated with Nutriset’s monopolistic power, providing for price competition and for a more reliable network to keep pace with rising demand. Moreover, it stimulates the local economy by creating direct jobs and via the local procurement of raw materials. However, since only a few of the producers in the field are sourcing peanuts locally, more efforts are needed to improve local supply chains of peanuts in tandem with RUTF manufacturing facilities.

The diffusion of RUTF as an innovation to fight hunger embodies a shift from a technology transfer mentality to a collaborative and inclusive approach to technology diffusion which emphasizes interactive learning and competence building. This case is also useful to illustrate how inclusive innovation to fight hunger can be based on new business models that encourage private firms to invest in innovation and at the same time to collaborate further with local firms, NGOs and governments. In general, the inclusion of local communities and the development of local supply chains is necessary to ensure that innovation yields a sustainable reduction of poverty and inequality.