Businesses are More Sustainable than Projects 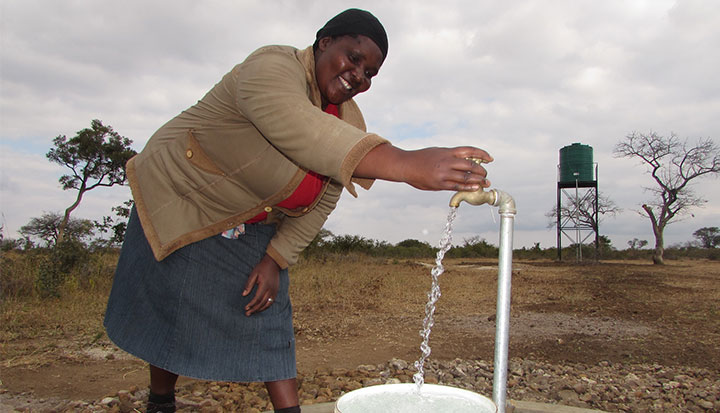 Businesses are More Sustainable than Projects

In Britain, everyone has to pay their Council Tax, and that covers the cost of collecting rubbish. We moan if the bin men miss a week. In informal urban settlements in many developing countries, there’s no waste collection service.

I recently visited Lusaka, the capital of Zambia, where in 2015, 70% of its 2 million inhabitants live in informal “compounds”. In Lusaka waste collection is a municipal service, and there’s a by-law requiring residents use it. But the municipality is unable to enforce this. Within compounds only 15% of households are subscribing to waste collection firms. Large amounts of uncollected rubbish are a health hazard, making pretty poor housing conditions even more unpleasant.

In 1996, the British government began funding CARE to bring safe water to urban settlements in Zambia. At the time, it was a substantial £10 million investment, spread over six years. Deep bore holes were drilled and clean water was piped into gravity pressure tanks and then to homes and public taps.

Local ‘Water Trusts’ were established, which charged customers a few pence for 140 litres a day. The price per litre is similar to the UK, but people living on only a few pounds a week were prepared to pay this, for clean water. The income allows the Water Trust to keep the network in good working order, and to expand to cover new customers.

During my visit, it was great to go back and visit a CARE project ten years after the aid funding stopped. I saw that it was still a thriving business bringing an essential service to people living in poverty, at an affordable price, in addition to providing employment opportunities. The Chipata Compound Water Trust alone employs over 100 people - mainly women - on good wages by local standards.

Fast forward to today, CARE is growing businesses to clean up rubbish in informal urban compounds around Lusaka, in a programme funded by Comic Relief and aid matched by DFID. The programme is piloting the bundle approach in the Chipata informal settlement.

We found that people are willing to pay a small daily amount for water but most don’t like paying a weekly or monthly lump sum for waste collection. So we are testing an innovative approach – borrowed from the idea of ‘bundling’ TV and electricity bills in Zambia – of bundling the water and waste collection costs together.

CARE has used local Ward Development Committees to inform communities about the plan, and the committees also monitor waste collection. Households will pay 25% more for their water, and this will guarantee them a regular weekly waste collection as well. We heard that most people were willing to do that. The water company said overall revenue was up although not quite as much as 25%, indicating that a few customers had decided to stop paying for both. We will obviously monitor this closely.

One customer I met, Irene, used to pay for waste collection, and neighbours would dump their rubbish on her doorstep to get it collected for free. But it wasn’t and so she ended up worse off than if she hadn’t paid! Now her street is very clean. And she finds it easier to pay for the waste collection in small daily amounts (a few pence) rather than £3 a month

I also talked to Wilson who runs one of the businesses that collect the waste. He started in 2003 with one wheelbarrow. Over 13 years he had grown his business. In the beginning he has two wheelbarrows and six employees and covered about two streets a day. Now he uses the tractor three days a week and covers six streets a day. Wilson’s monthly revenue has already doubled and he’s about to employ four more people.

Since bundling was introduced on 1st September, businesses are collecting substantially more household waste, 778 tons compared to 108 tons only two months ago. And customers are much happier – there has been a 50% drop in complaints compared to before the new approach started.

That’s not to say there isn’t room for improvement.

I was disappointed to see that the bin men (they are mainly men) didn’t all have better personal protection equipment. Our support includes buying full protective clothing, but formal agreements with the water authority delayed procurements. I have asked our team to ensure this is expedited.

It’s still mainly women and children who queue up early in the morning to collect the water in jerry cans from the nearest standpipe. But as the Water Trust keeps investing its revenue in more capacity and more connections, it can progressively bring the water closer and closer to each home.

Customers want bin bags – or something – to collect the rubbish in. They say they don’t eat enough maize meal to end up with an empty sack once a week! This could be another enterprise opportunity for the local kiosks, or could be part of the waste collection service and price.

Part of the plan is to test whether this approach works and if so, to encourage the water companies to replicate it everywhere. We heard that after only six weeks, local councillors in neighbouring compounds were already being asked to get the same service in their areas. Those politicians can put the right pressure on the water companies to extend the approach. The project needs to keep checking its results, and distilling the lessons so that the process becomes easier every time it’s replicated.

One response to “Businesses are More Sustainable than Projects”