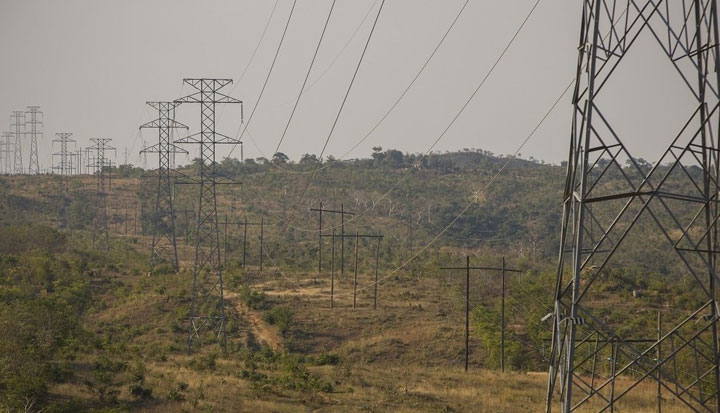 
MCC’s $350.7 million compact with Malawi, signed in 2011, is designed to revitalize the country’s power sector to improve the availability, reliability and quality of the power supply and promote economic growth. MCC is investing in infrastructure to increase the capacity of Malawi’s electrical grid while also working with the Government of Malawi and the national utility, the Electricity Supply Corporation of Malawi Limited (ESCOM), to increase private-sector participation in power generation.

Richard Bunderson is the Executive Director and co-founder of Atlas Energies, a Malawi-based solar power firm. Atlas Energies is partnering with U.S.-based C-Quest Capital and Germany-based ibvogt to become one of the first independent power producers in Malawi. In this interview, Bunderson talks about how MCC’s investments and recent reforms by the Malawi Government are paving the way for businesses like his to invest in the country’s power sector.

Pylons and power lines stretch from the Nkula Power Station along Malawi’s Shire River to the rest of the country. As part of the $350.7 million Malawi Compact, MCC is investing in upgrading electricity infrastructure and supporting reforms to boost private-sector participation in power generation.

Can you tell us a little bit about your company, Atlas Energies?

Atlas Energies aims to be the first independent power producer in Malawi through the financing, construction, commissioning, and operation of solar generation projects. The country has limited power generation capacity and one of the lowest electrification rates in Africa at 9 percent. We saw a gap in the marketplace, and Atlas was formed in 2014 to help meet the demand for power in Malawi.

Your solar project could represent the first private-sector investment in grid-connected power generation in Malawi. Can you tell us more about the project?

Atlas Energies is in the process of negotiating a Power Purchase Agreement (PPA) with the Malawi public utility, ESCOM, which is based off a PPA Term Sheet signed earlier this year. One of the restrictions to power generation investments in Malawi has been grid capacity limitations, but with the substation upgrades and new transmission line installations being done as part of the MCC compact, the grid will be able to absorb more power. So we’re trying to follow behind the work that MCC is funding. Ultimately, we have a goal of building 100 megawatts of grid-connected and stand-alone solar power systems through 2020.

MCC has been crucial in the development of Malawi’s power sector — without the upgrades they are funding, we’d be limited. Not just Atlas Energies, but the country as a whole. Economic growth is directly linked to availability of electricity, and the grid as it currently stands cannot absorb more than maybe 70 megawatts of additional power. Without the huge investment made by MCC, this is a situation that wouldn’t have been resolved, as ESCOM has neither the means nor the capacity to expand its network.

What’s the power situation in Malawi?

One thing that is important to understand about Malawi is that the country has experienced tremendous population growth in the last few decades. Unfortunately, the power sector hasn’t changed much to meet the increased demand for power that came with that population growth.

Without access to reliable power, the country’s economic growth is stifled. New businesses are stifled. We’ve got a massive resource in Lake Malawi, but we have very few commercially irrigated farms. Foreign investors want to invest in mining but are unable to, as it is a very power-intensive industry. As a case in point, one of these investors came to Malawi, assessed the grid, and found it insufficient. Rather than connecting to the national grid, they opted to invest in their own generators at four times the cost of ESCOM’s power, because they thought that was a more viable option.

Richard Bunderson is the Executive Director of Atlas Energies, a Malawi-based solar power firm that is partnering with U.S.-based C-Quest Capital and Germany-based ibvogt to become one of the first independent power producers in Malawi. Bunderson says that the MCC-Malawi Compact and recent government reforms have made it easier for private companies like his to compete in the power sector.

My family moved to Malawi when I was two after my dad was contracted to implement a U.S. Agency for International Development project. I grew up here, but went back to the United States for school and then returned to start my own businesses in 2007. I started with an agricultural commodity trading business before venturing into a commercial, sustainable forestry enterprise. Getting access to reliable power here in Malawi is a big struggle, and to date, the forestry operation still does not have grid access, five years down the line. And this is a company that employs 300 people.

Even in the cities, we face drastic power cuts of 8 to 10 hours a day and are forced to rely on generators. Many people are closing down because they can’t afford the running cost of a back-up power source.

The lack of power is not just a worry for businesses. There are villages, schools and hospitals that don’t have power. That’s why MCC’s investment in rehabilitating the power infrastructure is critical for the country.

The Malawi Government is working with MCC to enact important policy reforms in the power sector. How have these ongoing reforms affected business in Malawi, and specifically your business?

The MCC compact and the reforms that the government is making have brought attention to the power sector, and you see new players like Atlas Energies recognizing that this is a sector that can be invested in. The South Africa-based Standard Bank and others are holding forums and conferences to discuss investing in Malawi’s power sector.

Before, private companies interested in investing would have hit a roadblock, as there was no framework to follow and there was nobody to fall back on. The utility was not pursuing the necessary power sector reforms to encourage private sector participation, and it did not have partners like Power Africa and MCC that have real expertise in this area and could serve as interlocutors with potential investors. There was no process. And the process is starting to be established now.

Where do you see Malawi’s power sector in 10 years?

The grid is currently able to absorb power of approximately 400 megawatts. When the MCC compact is complete, capacity will increase to around 600 megawatts, which means that within 10 years’ time, between Atlas Energies and other private sector generation projects, we can significantly increase the country’s power production. This bodes well for new investors, new businesses, and of course, for increasing rural populations’ access to electricity. And if there are successful independent power producers and the grid has this additional power, perhaps private sector players will venture into transmission and distribution, setting the stage for a completely transformed marketplace. Ultimately, there could be potential for Malawi to export power, as the Southern African Power Pool — a cooperation of member state utilities — is hungry for energy, and supply is constantly trying to keep up with demand.