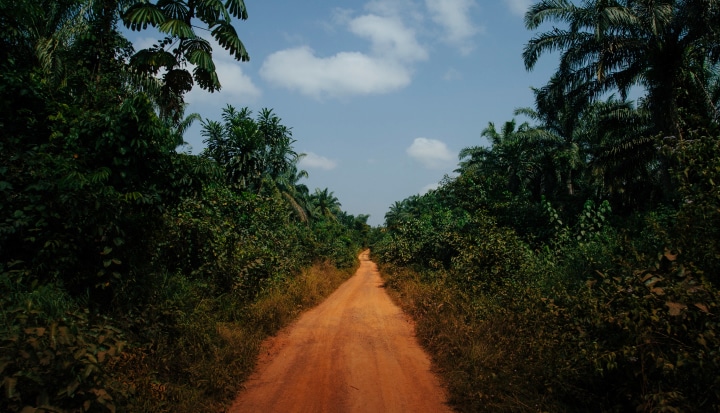 Click here for more stories about
SDGS
Thursday May 21 2015


The private sector had a lot to contribute to fight ebola and continues to play a role in the road to zero and future recovery. A lot of this was (and continues to be) outside the traditional framework of the private sector as donors. Some of these contributions are quantifiable, e.g. members of the Ebola Private Sector Mobilisation Group (EPSMG), between us, donated an estimated 55 vehicles and pieces of equipment, 50,000 litres of chlorine and extended ebola education and awareness to the 350,000 dependents of our combined 50,000 employees in the region. But the real success of EPSMG lies in the community, public and private sector collaboration it fostered.

ArcelorMittal operates an iron ore mine in Liberia and was the first company to invest in Liberia after the civil war. When we first heard about ebola cases in the region we put ebola on our risk register, we hired experts to advise the company, trained and counseled our staff, mobilised equipment including personal protective equipment and specialised medical equipment. We reviewed and strengthened our emergency response and evacuation procedures. As a company we had a responsibility to keep our people and their families safe. This is where we realised the incredible community outreach potential we could have from our own operations to our employees and their dependents. We also realised that we were not the only operators in the country mobilising to respond. This is how EPSMG was born.

In July 2014, ArcelorMittal launched a call to action. If we were facing the mounting threat of ebola, we knew others would be too. Initially launched as a platform for dialogue amongst major mining companies operating in the affected countries, EPSMG grew to include companies operating in a broad range of sectors, as well as over 40 civil society and government bodies. EPSMG isn’t an NGO. It is a network that came together with a common pledge, encouraged by Dr Margaret Chan of the World Health Organisation to show our support to the region.

EPSMG started as an inter-company sharing of information. It grew to include advocacy for a global response to the ebola outbreak, and the mobilisation of in-country resources to support humanitarian and healthcare first responders. Business moved quickly, because business is inherently designed to do so. For ArcelorMittal this meant a new and trusting relationship with the Red Cross. The EPSMG in-country groups formed to create on the ground networks that generated inventories of resources and capabilities. Sixty-one companies pledged public support through the United Nations Global Compact and UN Foundation CEO Action Pledge on Ebola Eradication created in consultation with members of EPSMG.

The real success of EPSMG’s collaboration lies in the achievements of businesses partnering with NGOs and governments. This team work delivered airport-screening, isolation units and treatment centres, assisted contact tracing, and conducted education and awareness in communities across the region. The commitment to respond and be a part of an active network connecting business, government, NGO and institutions made it possible to provide a near instantaneous solution to an ambassador looking for accommodation for emergency medical teams in a remote corner of the region. The traditional expectation is that the private sector provides money. The private sector can do more than this through in-kind contributions and what it knows, where its expertise lies and the engagement and networks it already has with employees and the communities in which it works. This collaboration can happen when representatives of public and private sectors trust each other and engage in open dialogue.

Multi-stakeholder partnerships and collaborative, trust-based governance fostered through partnerships, as highlighted by the World Economic Forum, are vital to business’ place on the planet and to business performance in the long run.

What we need to do now is figure out how to work together using each others’ strengths and the lessons we have learned from collaboration on ebola response. We also need to look at the success of collaboration achieved in the 90s and 2000s to fight HIV/AIDS. There are parallels to explore in designing future frameworks that include partnerships, community inclusivity, and medical and scientific pillars for prevention, education and care.