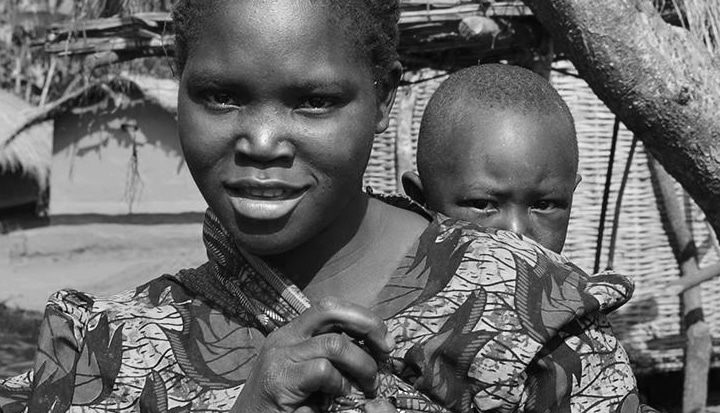 
Every girl has a story about it. No woman, however old, probably forgets the experience of her first period. And the experience is more likely to have been negative than positive. In the developed world, where sanitary products are still advertised using a blue liquid that has yet to emerge from women, there is probably shyness or shame. In many developing countries, matters are far worse.

Last year, the Water Supply and Sanitation Collaborative Council (WSSCC), a UN body focused on improving sanitation and hygiene worldwide, set up a small tent in the corner of a travelling sanitation carnival called Nirmal Bharat Yatra (Great WASH Yatra). The Yatra travelled through six Indian states, over 50,000 kilometres, and saw 12,000 visitors pass through its gates to watch its WASH Idol talent shows, or play its sanitation-themed carnival games such as Poop Minefield (where blindfolded players have to pick up soap and avoid potentially dangerous poop). Only some of those, however, were allowed in the tent, because this was the Menstrual Hygiene Management Laboratory, or MHM Lab, for women and girls only. Behind its gaily coloured curtains, women and girls could take part in surveys about their experiences of periods, learn how to properly dry and use sanitary cloths (iron them first, dry them in sunshine) and take some free sanitary cloths home. They could also sign up to the WSSCC pledge to break the silence around this most damaging of taboos. But they did that anyway. Researchers in the lab were stunned by the desperation they saw in visitors just to talk about periods, and to learn.

73% of visitors to the tent said they knew nothing about menstruation when their periods began. Anecdotally, reports were given of girls seeing that they were bleeding and thinking they had cancer or were horribly injured. Even their mothers had not talked to them about it. During school outreach programmes, teachers reported their discomfort too. “How can I talk about menstruation,” said one male teacher, “when the parents would beat me up if I did?” Girls and women reported endemic restrictions on their lives: they were not allowed to eat pickles, cook food, carry water, go to temple or to wash themselves while they were menstruating.

Women in Pakistan, meanwhile, reported to the HERproject, a health programme set up by Business for Social Responsibility, that they were not supposed to wash during their period either. If they did, they would grow black, coarse hairs over their body and be unmarriageable.
These myths may seem ridiculous but they do real harm. Women who cannot wash themselves or who are too ashamed to wash their sanitary cloths run a constant risk of infection. Girls who are terrified of smelling are more likely to drop out of school permanently. We know already that up to a quarter of schoolgirls in India, for example, leave school when they reach puberty, a shocking proportion.

After educational outreach in Pakistani and Bangladeshi workplaces, HERproject saw factory worker absenteeism – most female workers stayed away from work for 3-5 days every month – reduced dramatically. Urinary infections – previously a monthly occurrence – disappeared. When factories provided subsidised sanitary napkins for sale, 80% of women began to use them.
Clearly, there is a desperate need from women and girls in developing countries for more information, better products, more openness and adequate and appropriate sanitation and hygiene facilities that can provide a comfortable space for women’s menstrual cycles with privacy and dignity.

Why haven’t they had it up until now? As discussed in We Can’t Wait, a new report by WSSCC, WaterAid and Unilever Domestos, the problem is systemic and intellectual. In health, as with other sectors, governments and the private sector often think in neat compartments such as family planning, HIV/AIDS or sanitation. But women and girls do not think of their bodies in this way. We need to begin to think more holistically about the terrible stigma of menstruation, and connect it appropriately to fertility, in order to tackle related stigma surrounding family planning and sexually transmitted infections. We need to start questioning funding priorities. We need to think of more creative ways to get information and education out to women and girls, but also to their teachers and health workers, who are rarely trained in providing menstrual hygiene information. There are encouraging signs that this can be done. Perhaps menstrual education can be attached to the roll-out of the HPV vaccine, due to begin this year. As chronic infection can impact on fertility, lessons in MHM could be linked to family planning programmes. That huge school drop-out rate is surely of enormous interest to anyone interested in funding better education and minimising school drop-outs. The HERproject has shown that businesses who invest in better menstrual hygiene for their – predominantly female – workers will have more productive factories. Better menstrual hygiene is good for business. These kinds of collaborations are really exciting, but they need to be fostered and encouraged.

How do we get businesses, donors and governments to properly address this desperate problem? First, by talking about it. That may seem a facile solution when the stakes are so high. But when menstruation is so hidden and stigmatized, breaking the silence can be immensely powerful. Let’s make good the belief that the time has come to shed our embarrassment, and to start talking periods, loudly, openly, unashamedly.

One response to “Better Menstrual Hygiene is Good for Business”