The Role of Business in Tackling the Sanitation Crisis 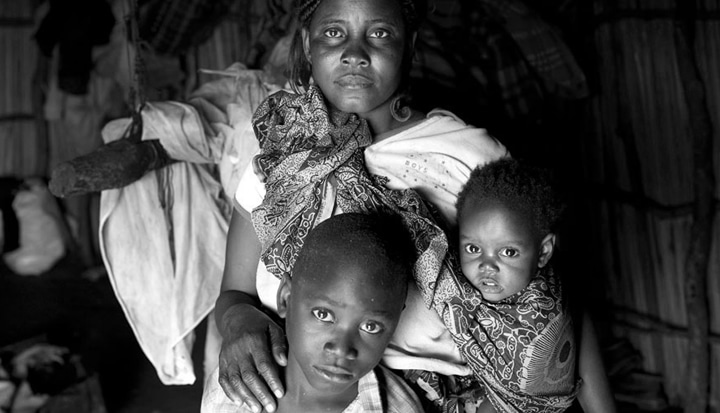 The Role of Business in Tackling the Sanitation Crisis


Approximately 2.5 billion people lack access to improved sanitation, of which nearly 1 billion practise open defecation. The health issues that result are a major source of human suffering while the associated economic issues keep communities, and nations, trapped in poverty.

Diarrhoeal disease that is in a large part a result of inadequate sanitation, unsafe drinking water and poor hygiene is the second leading cause of child mortality globally, claiming over 700,000 children’s lives under the age of five every year[i].

Ill health caused by water borne disease has a direct impact on people’s personal productivity, making it difficult for already poor people to earn money. Medical treatments for diarrhoeal disease are a de facto tax on those who do not have access to adequate water and sanitation, stretching already challenged household budgets still further.

By reducing productivity, impacting income and increasing household spend the ill health caused by water borne disease drives down levels of disposable income. This in turn impacts local consumer spending levels, which acts as a headwind to the development of local and national economies.

In simple terms, by holding back people and communities sanitation acts as a blocker to the economic growth of the world’s poorest nations.

The impact of sanitation on women and girls

Within the development sector, there is a widely held truth that women are the drivers of change. If you can reach teenage girls, improve their life chances and shift cultural norms, you can foster an enabling environment across a range of development issues.

Nike are an example of a progressive company who have invested considerable social, financial and political capital on this very premise with their programme ‘The Girl Effect’; “When we include girls in education, health and economic investment we have a better chance of preventing issues such as child marriage, teen pregnancy, HIV/AIDS and breaking the inter-generational cycle of poverty.”[ii]

Without access to adequate sanitation, any efforts to effect change in the lives of girls can and will be fettered. The reason is simple: where there are no adequate toilet facilities teenage girls, particularly when menstruating, are liable to avoid school. Girls need toilets that are hygienic, private and safe. Poor sanitation drives teenage girls away from education.

Achieving universal access to improved sanitation would help enable the first six Millennium Development Goals. In the case of Goal 4 - to ‘Promote Gender Equality and Empower Women’ - transforming a world where millions of women and girls have no safe, private, hygienic sanitation facilities is an absolute pre-requisite for Goal fulfilment.

How PPPs can address the impacts of sanitation on women

When I’m asked what it is that WaterAid does by friends outside the development sector, I usually say that we use taps, toilets and soap as tools – tools to tackle poverty. Those taps and toilets create opportunities for poor people, particularly girls. These opportunities – education, employment, productivity – can improve individuals’ income and in turn drive local economies, lifting communities and countries out of poverty.

At WaterAid we believe that water and sanitation are not consequences of prosperity but drivers of prosperity. This is why we welcomed the comments of one of our latest partners, US based toilet manufacturer American Standard; “We have to stop thinking about the bottom of the pyramid as beneficiaries and start thinking about it as an underserved market.”[iii] A better economic understanding of sanitation can helps those at the bottom and top of the pyramid, creating business opportunities for companies in transforming the lives of some of the world’s poorest communities.

American Standard’s new ‘SaTo’ toilet pan is a good example of the assertion in the ‘We Can’t Wait’ Report, from WaterAid, WSSCC and Unilever Domestos, that where there is a strong business case for private sector involvement Public Private Partnerships can drive change.

Developed with funding and input from the Bill and Melinda Gates Foundation and in partnership with iDE, American Standard has created an innovative, hygienic flush toilet pan for use in ‘underserved markets’. Unlike existing pans, the SaTo pan incorporates a hygienic water seal achieved through a counterweighted trap door that swings to the open position upon addition of about one litre of water.

This low maintenance, low cost pan can provide underserved communities a safe, hygienic option to reach the higher standards of safety and hygiene enjoyed by those further up the socio-economic ladder.

By looking beyond the poor as just a social problem to alleviate, American Standard have created a product which can drive profits for them and provide actual solutions which result in increased personal prosperity for the disenfranchised. Innovative private sector thinking through PPPs such as this can play a pivotal role in creating a world where everyone enjoys a full, productive life through access to safe water and effective, hygienic, private sanitation.