Building an inclusive businessmovement in the Asia-Pacific 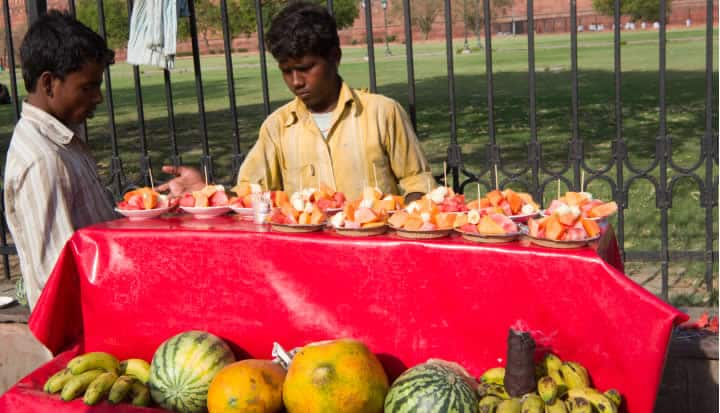 Building an inclusive business movement in the Asia-Pacific


How can corporate Australia do more to address global poverty? This was the question that in 2006 brought together a group of leading and progressive Australian companies, and soon after, led to the formation of Business for Millennium Development (previously named Business for Poverty Relief Alliance). Founded as a collaboration between government, business and charity, we believe that Australian businesses have the opportunity to do much more to reduce poverty while developing business with the emerging markets of the Asia Pacific region.

It is fair to say that we are still laying the foundations for inclusive business here in Australia. As we look to engage more companies in inclusive business and in the post-2015 Development Agenda, there still remain several barriers to the creation of an enabling environment here in Australia, some of which were recently discussed at a New York event co-hosted by Business Fights Poverty and the Business Call to Action, titled Business, the MDGs, and Beyond.

Inclusive business is a new concept in Australia, where government, business and the NGO community are still being persuaded that it is a direction that deserves their full support. A common criticism, for example, is that profit should not be a motivator in terms of engagement with the poor. We argue that profit is only wrong if it is obtained at the expense of the poor, and that the purpose of wealth is to build a flourishing human society. Leading CEOs in Australia increasingly understand that their role is to create wealth for shareholders along with building flourishing communities. Early pioneers of inclusive business such as Peter Botten, the Managing Director of Oil Search Ltd, are helping to pave the way for inclusive business to have a transformative impact on developing countries that Australia does business with.

Since B4MD was established, there have been several encouraging milestones. In 2007, the Australian government made the commitment to increase its aid contributions to 0.5% of GNI by 2015/16 (it was previously sitting at around 0.3% GNI). In 2008, Australia became the second country in the world to support the Business Call to Action, a leadership platform for inclusive business, and in 2011 there was a comprehensive Governmental review of aid effectiveness, which concluded that business engagement and private sector development were to become major themes of AusAID. As a result, earlier this year AusAID formed its first Business Engagement Unit and held its inaugural Business Consultative Forum.

There are two industry sectors in particular where Australia has the potential to make a real impact through inclusive business: mining and agriculture. It is in these sectors that most of our projects are focused. As an NGO, Business for Millennium Development has the unique capability to operate as an intermediary between sectors and act on behalf of the interests of communities, which means we can seek out appropriate business partners on their behalf. For example, in Papua New Guinea we are working with several villages who have expressed an interest in participating in a poultry business. We have brokered connections with several large corporate partners and we mediate the process of selecting the most ideal partner. We are acting in the same capacity for cocoa, mango, peanut and pig farmers across Papua New Guinea and Indonesia. Take a look at the impact we are making with cocoa farmers in Papua New Guinea and Watut Chocolate here.

By engaging with companies and communities in this type of project development, we are also co-creating a demonstration effect which further contributes to building an inclusive business movement. Alongside this work B4MD hosts awareness-raising events, such as panel discussions with CEOs whose companies are already engaged in inclusive business. For a smaller selection of companies we build engagement principally through in-country missions. Most recently, we led a delegation including executives from Fonterra, Nestle, Nufarm, Sampoerna Financial Group, Wings Surya, and Intrepid Mines to East Java, Indonesia to explore inclusive agribusiness investment opportunities. And finally, B4MD is also planning several other inclusive business projects with large Australian, regional and multinational companies such as ExxonMobil, Oil Search Ltd, Newcrest Mining, Coca Cola, Mainland Holdings.

It is through all of these efforts that we hope to see the inclusive business movement flourish both in Australia and within the Asia Pacific region.