An ILO Convention on Gender Based Violence in the Workplace 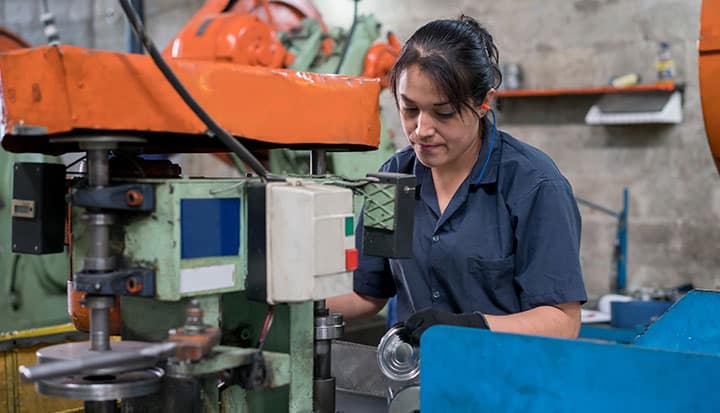 The ILO is now in a process of considering whether to establish a new instrument or instruments on “Ending violence and harassment against women and men in the world of work”. This is a great opportunity to reduce the prevalence of the violence and harassment which faces the women workers around the world whom we try to support on issues of Dignified Work. Violence and harassment are both a cause and a consequence of poverty and gender inequality, and a central barrier to women’s economic empowerment. They also have enormous economic cost in terms of services (health, police, legal), and decreased productivity with flow on effects to family income, mental health and food security.

For instance, recent CARE research in Cambodia showed that “sexual harassment is a regular occurrence: “nearly one in three women garment factory workers report experiencing sexually harassing behaviours in the workplace over the last 12-months”. It also estimated that the productivity cost of sexual harassment in the garment industry in Cambodia is USD 89 million per annum.

The scope of violence and harassment is wide. The International Trade Union Confederation have identified numerous forms at work, whether occurring at the actual place of work or on the way to and from work, including:

Global value chains can make workers particularly vulnerable to sexual harassment and other forms of violence on the factory floor. Power differences between a mostly female workforce and majority male management in the factories, in addition to a repetitive and high-pressure work setting based on meeting production targets, have all been identified as factors that lead to a hostile work environment.[1] And this is in an environment of broader power differences and deep-rooted social norms and practices that de-value women and their economic contribution, as well as stigma and vulnerability associated with certain types of work (e.g. in garment factories),

However, violence and harassment in global value chains remains a largely hidden issue. It rarely appears on ethical audit reports and data on prevalence and the impact it has is fractured. It is also often low on the priority list of brands and employers – as it is not considered a core labour rights issue – and trade unions often fail to prioritise it, despite the largely female workforce in the industry.

So how will an ILO Convention help to prevent this? The ILO is the tripartite (government, employers, workers’ representatives) arm of the UN which focuses on working conditions, and work-related social protection. Its Conventions form a “fundamental law” of working conditions. A new ILO Convention on ending violence and harassment in the workplace would require governments to pursue an integrated approach to address violence and harassment in the world of work, delineating clear responsibilities for public and private employers, workers and their respective organizations, and governments, and joint strategies and collaboration. Any Government ratifying an ILO Convention is committing itself to applying the Convention in national law and practice and reporting its application at regular intervals; in addition, complaints can be made against countries for violations of a Convention they have ratified

A new Convention therefore will push countries, employers and indeed trade unions and other worker representatives to place greater priority on recognising, tackling and remedying violence and harassment at work. So CARE is strongly supportive of the initiative and is committed to working with others across government, employers and trade unions to achieve a progressive and effective Convention and supporting Recommendations. As noted earlier, trade unions have been pushing for such a Convention for some time and the ITUC (the unions’ global coordinating body) has been campaigning actively internationally.

Although the process of deciding whether or not to bring a new Convention into being will continue until 2020 (see the process diagram), there is an immediate opportunity to influence the ILO in its thinking as the ILO are seeking replies by 22 September 2017 to their Questionnaire (issued in May this year) on the Convention. Replies are submitted by ILO member States in line with a protocol that requires States to consult with employers’ and workers’ representatives.

We ask everyone interested in women’s rights and in workers’ rights to support the ILO Convention. Businesses can add the substantial weight of their voices to request that those positioned to engage in the consultations that form a key part of the ILO process support a strong and comprehensive new Convention against violence and harassment in the world of work. You can contact your national employers’ federation and check whether it supports the ILO Convention, and if it does so, ask them to communicate their support to the International Organization of Employers (IOE). If the federation has not yet considered the issue, encourage them to do so as soon as possible. If your company supports the Convention, publicise this fact and let your corporate peers know e.g. through existing responsible business networks

From: Stop Gender Based Violence at work! Support an ILO Convention! From the ITUC