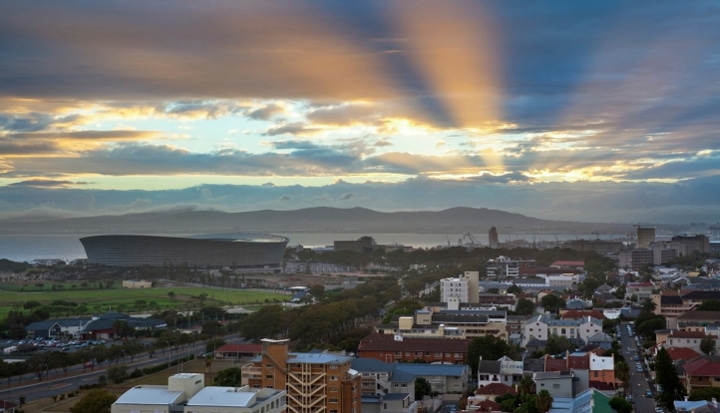 
Africa’s financial flows come from an increasingly diverse range of sources, as public and private investments from Asia, Europe and the Americas compete for the continent’s opportunities.

The Bole Lemi industrial park outside of Addis Ababa is a growing line of huge hangars, surrounded by miles of carparks, access roads and the dust from construction sites. The local manager points to the warehouses one at a time, naming their owners. “That one is a Chinese company,” he says. “That one is Korean. That one is Taiwanese. I think that one will be Indian.”

Ethiopia, which has been one of the fastest-growing economies in Africa over the past decade, is perhaps the archetype of the ‘Africa Rising’ narrative; moving from doom-laden headlines in the 1990s to a centre of global investment, led in many cases by Asian public and private institutions.

The scale of Asia’s demand for African energy and mineral resources has been huge in dollar terms, but as growth in the east slows to its lowest level since 1990, there are questions over how profoundly the new relationships have affected Africa's economic structures. China is — probably — the largest single trading partner of the continent, with bilateral trade of around $200 billion in 2013. The European Union, when considered a single entity, trades around the same amount. However, of that the majority of exports from Africa to China are raw commodities; manufactured goods come in the other way.

Critics of this relationship say that this is the same mode of trade that African nations inherited from the colonial era, one which disadvantaged them from competing on the global stage. Sensitive to the criticism, and to the demands of its partners, Beijing has backed initiatives to build manufacturing hubs for textiles and automobiles.

In infrastructure, however, China’s African initiatives have been visibly transformative. World Bank figures suggest the continent needs around $95 billion each year to start to close its yawning infrastructure gap – although some estimates are higher still.

China remains the largest bilateral source of infrastructure investment, contributing $13.4 billion in 2013, almost double that of its nearest rival, the US, which invested $7 billion, according to the Infrastructure Consortium for Africa. Public investment is only part of the picture, however. Each dollar of public money typically unlocks yet more private capital.

Chinese companies have typically benefited most from this leveraging effect – just this May, Chinese companies led by China Railway Materials won $9 billion worth of railway deals in Tanzania; China Merchant Holding International is building a $10 billion port and economic zone in the country, while Chinese financing is behind a $1.2 billion gas pipeline.

Japan is scaling up its public and private interests – the Tokyo International Conference on Africa’s Development (TICAD) has become a major forum for investors, albeit one that still rests in the shadow of China’s tri-annual Forum on China-Africa Cooperation. The US response has perhaps been the most telling. In 2013, President Obama announced Power Africa, a multi-year plan to crowd-in investment into infrastructure, with a goal of adding 30,000MW of electricity to African economies. With more than 100 private sector partners, the US government’s $7 billion in funding has leveraged around $20 billion worth of investments.

One US investor – who preferred not to be named – said that the investment might have come without the White House’s support. US interest rates have been so low for so long, he said, that investors are seeking out yield wherever they can find it.

The interest is certainly there. Foreign direct investment (FDI) flows into Africa have continued to rise despite – or perhaps because of ongoing global economic uncertainty. According to the UN Conference on Trade and Development, which tracks international investment flows, FDI into greenfield projects grew to $53 billion in 2013, the last year for which data is available. Estimates for 2014 are considerably higher, at $80 billion, even though investors held back on major projects in Nigeria in advance of the country’s 2015 election.

Private equity flows have almost rebounded to their pre-crisis levels, according to the African Private Equity and Venture Capital Association, which recorded $8.1 billion worth of deals in 2014. Investment companies – such as Abraaj, which closed its Africa fund at close to $1 billion earlier this year – are attracting support from international institutions.

In the continent’s airports and hotels, investors from the Gulf, the Philippines and Malaysia mingle with those from Europe and North America; and as commodity prices fall away from their highs of the past few years, the globalisation of investment into Africa – and its diversification – may prove more important than its size.