A Productivity Target to Reshape the Development Agenda 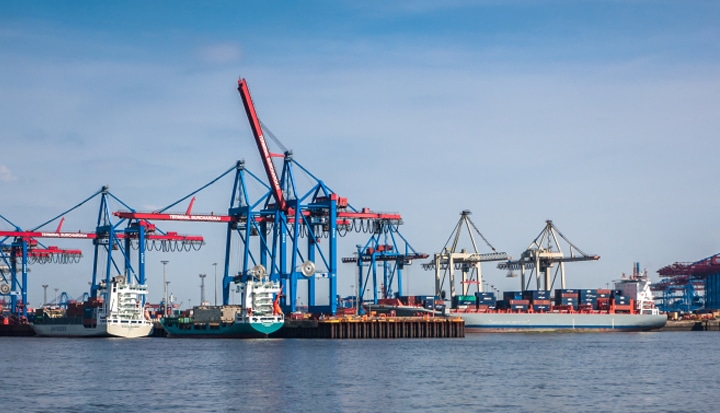 A Productivity Target to Reshape the Development Agenda

Of all the Sustainable Development Goals in the 2030 agenda that will be adopted by United Nations (UN) members later this month, the goals that relate to jobs and productivity are amongst the innovative ones that can change the development agenda. It was surprising that it took so long to get these important issues on the development agenda (the Millennium Development Goals were mostly silent on these) but the outcome document for formal adoption by the UN General Assembly in September) includes targets such as:

This is very good news as these targets directly incorporate support poor country development concerns such as the African Union 2063 agenda. Productivity increases and innovation are the only ways towards economic transformation and sustained increases in incomes. When done well no one is left behind. Innovation can improve health (e.g. through penicillin), social (mobile technology for poor farmers) or environmental (through energy efficiency technology) outcomes, thus lying at the intersection of all economic, social and environmental dimensions of the SDGs. Economic transformation and increases in productivity that will reduce commodity price dependence and attract long-lasting investment is also the best domestic response to the perfect storm currently threatening low income countries: an increase in the US yield curve, a rapid slowdown in emerging markets including China, weak global trade and low commodity prices.

This leads to the follow up question on what benchmark can be used for a productivity target?

The SDGs include a 7 per cent growth target for LDCs, echoing the 2011 Istanbul Plan of Action. But economic growth alone will not be able to sustain growth unless it is accompanied by productivity change and economic transformation. Total factor productivity is difficult to measure, so many experts use labour productivity (value addition per employed person) instead. The literature distinguishes between labour productivity growth that occurs within sectors (e.g. firms becoming more productive) and through moving from low productivity to high productivity sectors (structural change).

It is not easy to obtain high quality sectoral data on employment and value addition, but an ODI programme is collecting and comparing different data sources. For example, data collected carefully by the University of Groningen at the sector level have been used to show how sub-Saharan African countries suffered premature deindustrialisation whereby labour flowed from high to low productivity sectors in the 1990s, but since 2000 there has been a reversal of labour moving from agriculture especially to services activities.

Our own work using ILO and UN data for a sample of 14 countries in Sub-Saharan Africa (incl. DRC, Ethiopia, Ghana, Kenya, Liberia, Malawi, Mozambique, Nigeria, Rwanda, Sierra Leone, South Africa, Tanzania, Uganda and Zambia) show that the mean of labour productivity growth increased from 0.2% in the 1990s, to 2.8% between 2000-2005 and an impressive 3.6% over 2005-2013, of which more than two fifths owes to structural change between sectors.

There are large differences across countries, e.g. our work in Nigeria suggested very little economic transformation and structural change reduced labour productivity by 0.5% annually over 2005-2013, whilst our Tanzania work suggests labour productivity increased by 3.0 per cent since 2005, with structural change accounting for three quarters (albeit from a low base, and a low manufacturing share).

Using labour productivity and its decompositions is a useful step towards an SDG indicator. One can argue about the appropriate labour productivity target for 2015-2030, but one option would be to extrapolate estimates for sub-Saharan African countries which range between 2-3% annual growth over the last decade, with structural change contributing around 0.75%.

A labour productivity target for the poorest countries will help to set an important signal to countries on the need to transform their economies for sustained job creation. Countries can then use these targets to consider appropriate policies and roles of public and private sector. Our work suggests the following important steps: (i) data analysis; (ii) policy analysis; (iii) policy implementation. These steps could yield important insights, e.g. on how much transformation is really taking place, what are the major constraints and policies for transformation, and how can such policies best be implemented. Thus a productivity target could be a first step in stimulating the right policy and institutional responses, domestic as well as international including development finance institutions.