A Global Discussion on Antimicrobial Resistance 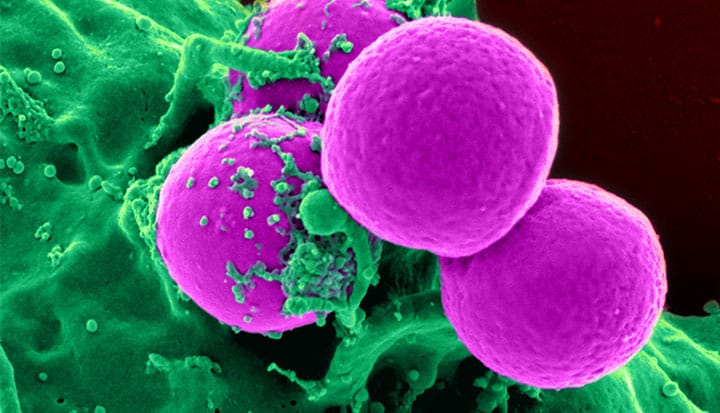 A Global Discussion on Antimicrobial Resistance


With the release in May of the final report and recommendations of the Review on Antimicrobial Resistance, GBCHealth has convened a group of global leaders to discuss the potential impact of AMR and their priorities for immediate action. The interview series, which will be published over the next three weeks, is intended to supplement the high-level meeting on AMR that took place at the UN General Assembly meeting on 21 September, 2016.

Antimicrobial resistance (AMR) is among the greatest threats to human health and development. Projections indicate that by 2050, AMR has the potential to cause at least 10 million deaths worldwide with the cumulative economic costs topping $100 trillion. If not properly addressed, AMR will quickly undermine gains during the last 15 years–particularly in TB, malaria, HIV/AIDS, and maternal and child health— in addition to having wide-ranging implications for the future of animal health and sustainable food production.

The issues at the heart of AMR are so complex that they cannot be adequately addressed by a single state or actor alone. A resolute and coordinated global response is needed to bring governments and communities together with NGOs, academia, and the private sector to establish well-regulated health and food systems, to provide investment in critical health technologies and to promote access and rational use of these technologies.

According to Dr. Adrian Thomas, Vice President, Global Market Access, Commercial Strategy Operations and Global Public Health, Johnson & Johnson: “Now that we have consensus that AMR is a pressing crisis we need to move forward with concrete action and partnerships to ensure sustained financing that drives a pipeline of innovation to address specific antimicrobial targets linked with antibiotic stewardship.”

The private sector has an opportunity to play a leading role in addressing AMR, as business is often situated at the frontlines of both human and animal health.

The Gradual March of Resistance

AMR arises when infectious microbes[1] have adapted to antibiotics and other similar drugs that have been developed to combat them, making these drugs less effective. Each year, more and more antimicrobials[2] are going out of circulation. Between the years 2000 and 2014, the library of molecules used to fight bacterial infection dwindled from 113 to 96. For perspective, that means that 15 percent of all known antibacterial molecules discovered throughout human history have been rendered almost entirely useless in less than 15 years.

Resistance causes nearly 2 million illnesses and 23,000 deaths annually in the United States, costing the government more than $20 billion. In the developing world, there are signs that drug resistance is increasing as more and more people gain access to healthcare, exposing patients to the potential for misdiagnosis and unnecessary antibiotic use. According to the WHO, there were 450,000 new cases of multidrug-resistant tuberculosis (MDR-TB) in 2012. Concerns over TB cases are exacerbated by worrying increases in resistance to artemisinin-based malaria therapies, antiretrovirals used to treat HIV/AIDS, and antibiotics used to fight acute infections related to cancer treatment, surgical procedures, pneumonia and dysentery.

Beyond the mortality toll, AMR has wide-ranging implications on development. AMR is a drain on economies from productivity lost due to sickness to the higher costs of facility-based care. Resistance also exposes gaps in public health infrastructure including poor dissemination of accurate information to patients, the rampant unregulated use of antimicrobials in both human and animal health, the lack of clean water, poor sanitation infrastructure and hygiene practices at the community level, and limited surveillance networks to track disease. All of these gaps in the system conspire to make communities more susceptible to future epidemics.

Finally, while the library of effective antimicrobials is dwindling fast, there has not been a commensurate drive from the private sector to develop new technologies. The perception that the biggest threats to public health in the second half of the 20th century would be non-communicable diseases rather than infectious disease, has caused pharmaceutical companies and governments to divest from antibiotics’ research to focus on products with the potential for higher commercial return. According to the Review on Antimicrobial Resistance, the groundbreaking study the UK Government commissioned with Wellcome Trust in 2014, this “over-adjustment” has been compounded by the fact that the public health community has failed to recognize the continued threat from vector-borne and other zoonotic diseases, as well as the rapid increase in transmission rates due to increased travel.

An Action Plan on AMR

Behavior change and physician training will be key to reducing the demand for antibiotics. Patients often request and receive antibiotics without genuine need, sharply increasing the likelihood of later resistance. Raising public awareness and promoting the rational use of antibiotics should effectively reduce the demand for antibiotics and therefore reduce the potential for resistance. NGOs and the private sector are key partners in advising and advancing the messages of governments in this area.

It is estimated that 70 percent of all antibiotics sold in the United States are used unnecessarily in healthy food animals to prevent infection and promote growth. Outside of the United States, governments either do not track or do not publish information related to antimicrobial usage on livestock or crop culture. Undigested antibiotics can be introduced into the environment through animal waste only to seep into waterways or be spread by vectors. Gaps in surveillance and lack of regulation necessitates action on the part of organizations like the World Health Organization, the Food and Agriculture Organization and the World Organization for Animal Health and their constituents.

Building adequate surveillance systems to track the misuse of antimicrobials both in animals and humans will give countries insight into potential threats to health systems. In this way AMR issues dovetail with larger dialogues on health security which requires the same sort of multisector partnerships to develop resilient systems in the long run. Combatting AMR will necessitate training and investments in local scientists and lab technicians as well as establishing effective communication mechanisms for line ministries and national leaders to improve surveillance and facilitate rapid response.

Improving incentives for the development of new drugs and technologies

Huge quantities of antibiotics are used in patients that do not need them. Even with a reduction in the demand for current drugs, new antibiotics, vaccines and point of care (POC) diagnostics are required to stay ahead of AMR. New POC diagnostics could give doctors better information about infections to reduce the risk of antibiotic overuse. Similarly, new vaccines could reduce the need for antibiotics later in life in both humans and animals. New drugs are needed to replace those that are no longer effective to treat everything from MDR-TB to C. Diff.

High development costs, coupled with low sale prices and regulatory barriers to market entry create disincentives for companies to invest in developing new drugs, vaccines and devices. More intentional efforts are needed to build innovative partnerships, increase financing to spur development, and reduce regulatory barriers to market entry for products in priority disease areas. There have been a number of interesting innovations in this space including priority review vouchers and increased funding commitments from groups like the Joint Programming Initiative on AMR, US Biomedical Advanced Research & Development Agency (BARDA) and the Innovative Medicines Initiative (IMI).

“The recent UNGA sessions prominently featured discussions on AMR. The big takeaway is the obvious fact that AMR has no single solution and the challenges cannot be solved without multiple players collectively working on a common AMR agenda. We have an opportunity to establish an ecosystem that enables public private partnerships to catalyze action to stem the spread and reverse the negative consequences of AMR.” – Renuka Gadde, Vice President, Global Health, BD

Each of these recommendations is essential to support the development of systems to effectively withstand the threat of AMR. Yet, there is clearly much work to be done. Over the next three weeks, GBCHealth will publish a series of interviews, in which global leaders from key sectors comment on the challenges of addressing AMR, the UN high-level process and the important role business can play in leading a response. Our hope is that this series provides the reader with a better understanding of the complex challenges and opportunities to address AMR through the experience of these global leaders.'

The series will include interviews with:

[1] A microbe is a microorganism, especially a bacterium causing disease or fermentation

[2] An antimicrobial is an agent that kills microorganisms or inhibits their growth. Antibiotics are a subset of antimicrobials that target specific bacterium.